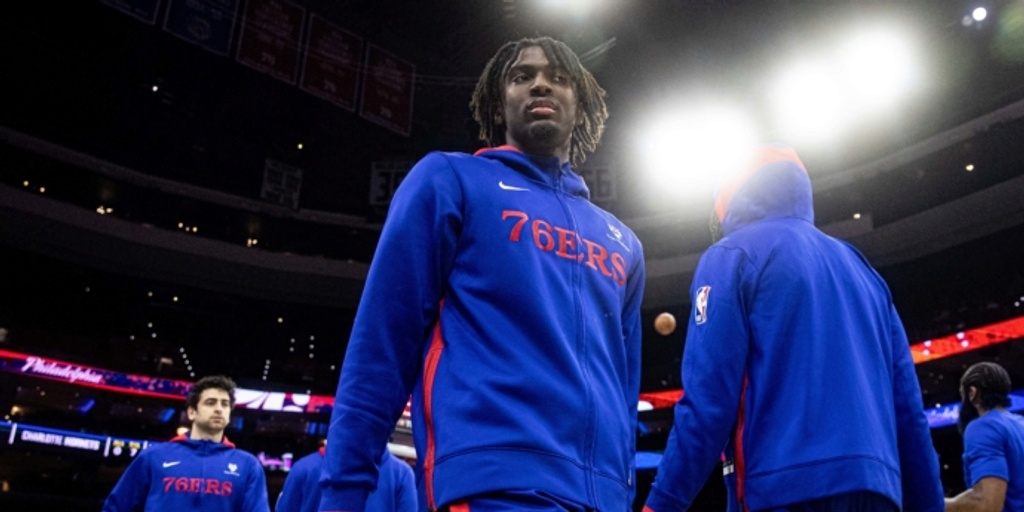 PHILADELPHIA (AP) — Tyrese Maxey spent his summer on a tour worthy of a rock band.

He turned up at gyms, high schools, and in California and Texas and even at Phillies and Union MLS games. Rest? Not a lot of it. Maxey burned the wick to the point where the 76ers coaching staff considered an intervention.

His response: Thanks, but no thanks.

Joel Embiid and James Harden are the super-sized salaried franchise players that are expected to carry Philadelphia deep into championship contention in coach Doc Rivers’ third season. But the 6-foot-2 Maxey is trying to wedge his way into All-Star talk and possibly form a true Big 3 with his more famous “big brothers” (as he calls Embiid and Harden). His joyous attitude, wide smile, and fan friendliness made him one of Philadelphia’s most popular athletes in less than three seasons. His 17.5 points last season and postseason success -- carrying the team when Embiid was injured -- made him one of the Sixers’ most vital cogs as they try and win their first NBA title since 1983.

The group isn’t bad. Well, at least a starting five that can rival the best in the NBA with Embiid, Harden, Maxey, holdover Tobias Harris and veteran free-agent pickup P.J. Tucker. Embiid is the reigning NBA scoring champion -- and new American citizen -- and Harden is trying to prove the hamstring injuries that hampered his effectiveness in 21 regular-season games with the Sixers are behind him.

Maxey has used the preseason as a showcase for his summer work -- his motto is getting better by 1% every day. His shooting percentages are growing at a more rapid rate. He shot 79% through the first three preseason games and hit three 3-pointers in a game against Cleveland.

“I’m not really worried about individual accolades,” Maxey said. “One of the main things I really focused on was trying to become a better leader. I feel like I have this personality where I’m always smiling, I’m always happy. I work extremely hard. I try to push my teammates. I try to push them all the time.”

It’s Maxey’s push that could thrust the Sixers into an NBA championship.

Harden took a roughly $14 million pay cut when he declined a $47.4 million option for this season and signed a new two-year deal that will earn him a still-massive $33 million this season. Harden said he turned down the option so the Sixers could use the extra money to sign free agents. The Sixers did -- and the NBA launched an ongoing tampering investigation into Harden’s decision and the ensuing transactions.

The 33-year-old is starting his first full season with the 76ers. The 10-time All-Star said he has snapped out of the “tough times, lot of dark moments” that plagued him the last couple of seasons as he dealt with injuries.

He lost weight -- he joked 100 pounds -- and seems in better condition for the long grind of the season.

“I feel like this is my first year,” Harden said.

FanDuel Sportsbook put the 76ers at 16-1 to win the NBA championship, with only Boston, Milwaukee and Brooklyn out of the East with better odds at winning a championship. Embiid has 7-1 odds to win NBA MVP, he was the runner-up each of the last two seasons.

The Sixers didn’t get any easy ones to start the season. The Sixers open the season Tuesday at Boston and then return to Philadelphia for the home opener against Milwaukee on Thursday. The Sixers also get a spotlight Christmas game at Madison Square Garden against the New York Knicks. The Sixers can only hope they’re on 50-win pace as they head into March. The Sixers open the month with five straight road games, at Miami, Dallas, Milwaukee, Indiana and Minnesota. The Sixers play 17 games in March.