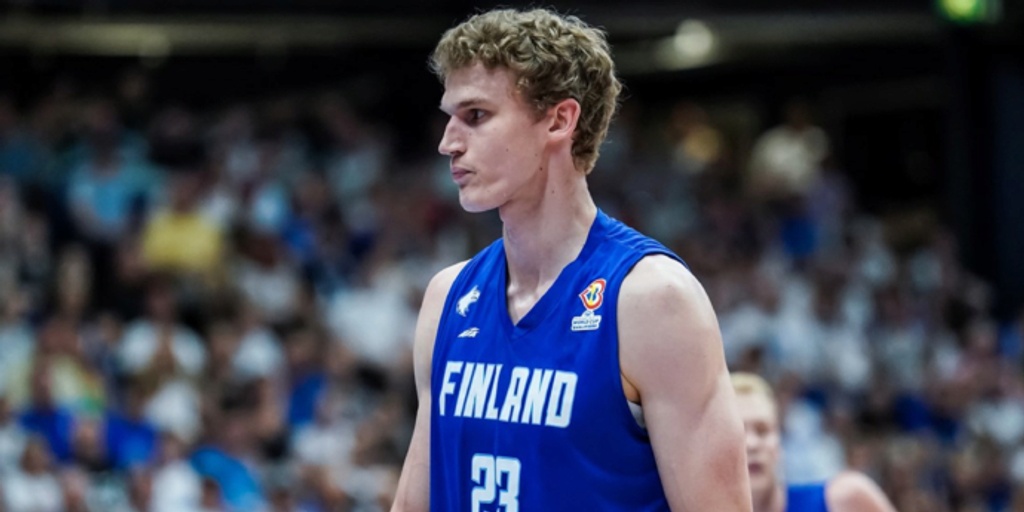 EuroBasket 2022: 6 players who stood out in the tournament

EuroBasket 2022 is in the books, and this year's tournament was another reminder that a well-oiled team machine can still outlast the brightest individual stars on the planet.

Giannis Antetokounmpo, Nikola Jokic and Luka Doncic instantly made their countries favorites to win gold, and even had some of the best supporting casts in the field. But the final four squads — France, Germany, Poland and Spain — had one NBA All-Star on their rosters combined. The bracket stage was a true display of just how much basketball talent is spread around the globe.

These six particularly stood out with some remarkable performances over three weeks. No former NBA All-Stars were considered; they obviously were among the best of the best. The following players might be less heralded in the United States, but any basketball fan should appreciate the runs they put together at EuroBasket.

Spain took home the gold medal against France behind 27 points from Juancho Hernangomez. His brother Willy led the team in per-game scoring across the whole tournament. But Spain does not get to gold without Brown, an NBA castoff who has carved his niche in Europe over the past several years.

The 32-year-old guard averaged 15.2 points and 7.6 assists per contest. He dropped 29 points in a massive semifinal win against Germany, then had 14 points and 11 assists in the title bout. His veteran experience is apparent, and Spain creatively used Brown to keep France on its toes by running him off of ball-screens and mixing in pick-and-roll possessions. Brown in turn knew just when and where his teammates would be when France rotated. The above passes are exquisite; the third clip is my personal favorite.

For one last time in #EuroBasket 2022: Pasta. Pizza. Fontecchio. 🇮🇹

Want to talk about an underrated offseason signing? The Utah Jazz added Fontecchio, a 6-foot-8-inch wing, on a multi-year contract this summer, and if Utah fans checked in on Italy, they saw Fontecchio lighting it up beyond the arc. The 26-year-old canned 45.1% of his 7.3 threes attempted per game and averaged 19.4 points across the tournament.

Fontecchio is simply an entertaining scorer. He can pull up from long range with all sorts of dribble and spin moves and still get into his sweet shooting stroke. He's a solid cutter and transition player, and while not a highlight-reel dunker, he has an underrated level of explosion. I really think Fontecchio's going to suprise fans next season if the Jazz give him extended minutes.

Most U.S. fans probably picture Markkanen as your prototypical stretch forward. At EuroBasket, he was so much more. Markkanen was one of the tournament's most dominant players, putting up 27.9 points and 8.1 rebounds while shooting 61.5% from two-point range and 40.5% behind the arc.

Talk about emptying the bag — Markkanen was posting up, facing up, flying off cuts, initiating with drives, stepping back and finishing. He had a massive 43-point showcase against Croatia where he appeared blatantly unstoppable. Maybe a run like this encourages Utah to experiment more with Markkanen's usage stateside.

Once a first-round pick to the Brooklyn Nets, Musa fell out of the NBA, but has settled in overseas. He averaged 21.4 points, 4.0 assists and 3.4 rebounds per game with his home country and really applied pressure as a driver. Musa frequently went at bigs in conservative coverages — including guys like Domantas Sabonis and Jonas Valanciunas — with his combination of quick-twitch handle and finishing touch.

Musa also made a noteworthy 45% of his triples. He's never had much of a three-point stroke up until last season in Liga ACB play, but it seems the swingman is really developing confidence. Musa is still just 23 and definitely has the ability to jump back into the NBA should teams pursue him.

Turkey had a really fun run to the EuroBasket quarterfinals with the 20-year-old fueling the success. Sengun is on the smaller side of NBA centers, but against these opponents, he had more chances to physically dominate and go to work in the post. His speed on some of these spin moves is still incredible — just look at Hernangomez's reaction after this first bucket.

Sengun stymied teams with his post play and interior passing en route to 16.5 points per game. He's a secure cornerstone for the Houston Rockets at this point. Sure, it's fair to wonder how Sengun's skill set helps Houston once it reaches contender status. But there's no denying Sengun is amazing, regardless of his age, as a post scorer and passing big man.

"Sasha" Vezenkov only played five EuroBasket contests after Bulgaria went 1-4 and missed out on the bracket stage. But he deserves a shoutout because he absolutely dominated his matchups. Vezenkov's box score line is bonkers: 27.0 points, 12.2 rebounds and 2.2 assists while shooting 56.6% on twos and 40.5% on nearly 8 threes per game.

The perimeter scoring is frankly ridiculous. Vezenkov is more than a stretch forward or a movement shooter. At 6-foot-9, he's got a stable enough handle to threaten teams by putting the ball on the floor. At the same time, he's got this absurd, quick lefty shot, and can contort himself all sorts of ways without compromising his form.

The Sacramento Kings quietly acquired the rights to Vezenkov from the Cleveland Cavaliers in exchange for the No. 49 pick in this summer's NBA Draft (which became Isaiah Mobley). The 26-year-old reportedly won't come to the U.S. this summer, as he looks to defend a Greek League title with Olympiacos Piraeus and back up his All-EuroLeague First Team selection. But if you're thinking of tuning into some European hoops, Vezenkov should be considered a must-watch talent.