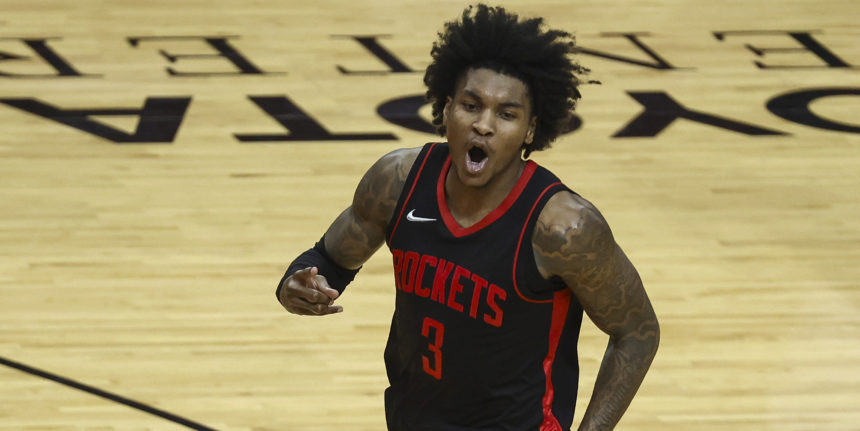 NBA teams can typically anticipate where most of their production will come from and, barring injury, most are usually correct. But sometimes, players surprise us, taking a leap that suddenly changes their career trajectory. Sometimes, it’s a relatively unknown veteran who establishes himself as a dependable role player. Other times, role players or young prospects grow into stars.

No matter the cause, breakout seasons are fun. They keep us on our toes and lead us to question how we assess talent. As is the case every season, there will inevitably be breakout players in 2021-22 – but who? Let’s look around the Association to identify  the five most likely candidates to have breakout seasons, ranked in order of likelihood.

OG Anunoby, Toronto Raptors, 24: As was alluded to above, there are different types of breakout campaigns. Some guys make a name for themselves, while others escalate their existing profile. Anunoby is absolutely a case of the latter. He seized the opportunity created when Kawhi Leonard left for Los Angeles in 2019, averaging 10.6 points and 5.3 rebounds in 29.9 minutes per game in 2019-20. Anunoby made another relatively big jump last year, averaging 15.9 points, 5.5 rebounds and 1.5 steals per game in his fourth NBA season. He’s gone from an average, low-volume three-point shooter to a moderate-volume, above-average shooter, connecting on 39.8% of his deep attempts last season. His ball-handling is also worlds better than it was when he first came in the league, and so is his defense.

Still, there’s a case to be made that Anunoby is not done demonstrating growth. Anunoby came on strong toward the end of last season, averaging 18.3 points and 5.3 rebounds in 33 minutes per game across his final 20 contests, while scoring 20 or more in six of his final seven. If he continues performing like that, he will be in the All-Star conversation. And there’s no reason to think he won’t take the next step in his development. staff  Anunoby doesn’t turn 25 until July and while he’s been given a little more opportunity with each professional season, the departure of Kyle Lowry, the first full season without Normal Powell and the fact that Pascal Siakam will miss the first month or so of the season should result in even more production. So, get ready for your close up, Mr. Anunoby.

Kevin Porter Jr., Houston Rockets, 21: Porter, like Anunoby, already took a relatively big step between his rookie and sophomore seasons. The former USC Trojan averaged 16.6 points and 6.3 assists per game last year, his first with the Rockets. He even put the league on notice with a 50-point outing. But Porter hasn’t been nearly efficient enough to warrant mass praise… yet. Porter shot just 31.1% on three-point attempts, posting a 49.3 effective field goal percentage last season. He’ll look to improve on his sub-par defensive numbers too; ESPN’s defensive RPM stat ranked him last in the entire NBA.

But Porter is entering his third season – one that talent evaluators widely agree is a make-or-break season for young pros – with a lot of momentum. He was always seen as a top-tier talent, league executives just weren’t sure if he was mature enough to handle the NBA. The guard, who was once traded by the Cleveland Cavaliers for nothing more than a heavily protected second-round pick, could make a lot of teams regret not selecting or trading for him. And that could happen as soon as this season.

Devonte’ Graham, New Orleans Pelicans, 26: Graham already had a breakout year, but he can really make a name for himself this season. Graham was in an interesting situation in Charlotte, where he was obviously the odd man out. But even before the arrival of LaMelo Ball, it wasn’t an ideal situation for Graham. Sans Ball and Gordon Hayward, the Hornets just weren’t talented enough for Graham to prosper and starting alongside Terry Rozier meant one of the two undersized guards would have to guard a shooting guard.

New Orleans offers Graham a far better situation to flourish. Less will be asked of him and he’ll play alongside a more balanced lineup with Nickeil Alexander-Walker (who is a true shooting guard), Brandon Ingram, Zion Williamson and Jonas Valanciunas – and this is the most talented roster he’s been on. Graham will be able to take what the defense gives him without having to force production, and he’ll be able to play freely without looking over his shoulder, which was probably an issue to some degree last season. While nothing is guaranteed, I believe in the Pelicans roster this season, and believe that Graham will look even in New Orleans.

Malik Monk, Los Angeles Lakers, 23: Monk has had a disappointing start to his career since being selected No. 11 overall pick in 2017. He was never an ideal fit in Charlotte, and he didn’t really begin carving out a role for himself until last season (his fourth in the league). If you look closely, though, Monk did begin to realize some of his potential last season. Specifically, he averaged 14.6 points in 23.5 minutes per game on 47/42/83 shooting splits between January 27 and March 26, notably torching the Miami Heat for 36 points on February 2 and again for 32 points on March 26.

Monk will play a very different role for the Lakers, playing alongside LeBron James, Anthony Davis and Russell Westbrook. The Lakers will get Monk far more easy looks and while he’ll battle for minutes with Wayne Ellington, Kendrick Nunn and Talen-Horton Tucker, his shot-making ability should be a differentiator. Considering Monk has only received an average of 17.8 minutes per game across four seasons, he already understands how to impact a game in a limited role. He should be able to thrive as an under-the-radar option and get his career back on track.

Obi Toppin, New York Knicks, 23: Toppin is shooting at an entirely different basket than any of the aforementioned players, figuratively speaking. Toppin enters his second NBA season as an older-than-normal sophomore, and his rookie season was certainly less successful than he would have liked. But it wasn’t all his fault. Head coach Tom Thibodeau loves veterans and he was slotted behind breakout star Julius Randle. What’s more, Toppin couldn’t play in Summer League last season because there wasn’t a Summer League thanks to the pandemic, and he was slowed down by a calf injury suffered in the very first game of the season.

Last season, Toppin looked lost at times. But this summer, he proved that he is a different player when healthy and confident. Toppin dominated in Summer League, averaging 21.0 points and 8.3 rebounds with 45/34/89 shooting splits. Granted, the competition is less accomplished than what it will be night-in and night-out in the regular season (and the playoffs), but Toppin demonstrated all the skills that led to the Knicks selecting him eighth overall in 2020. He certainly won’t enter the All-Star discussion this season, but he is primed to take a profound step forward – even if it’s in a reserve role. And as much as the third season is the one that front offices look to for evidence of growth and star potential, most players build off momentum from their sophomore seasons – and Toppin should be in a prime position to have a strong second year.