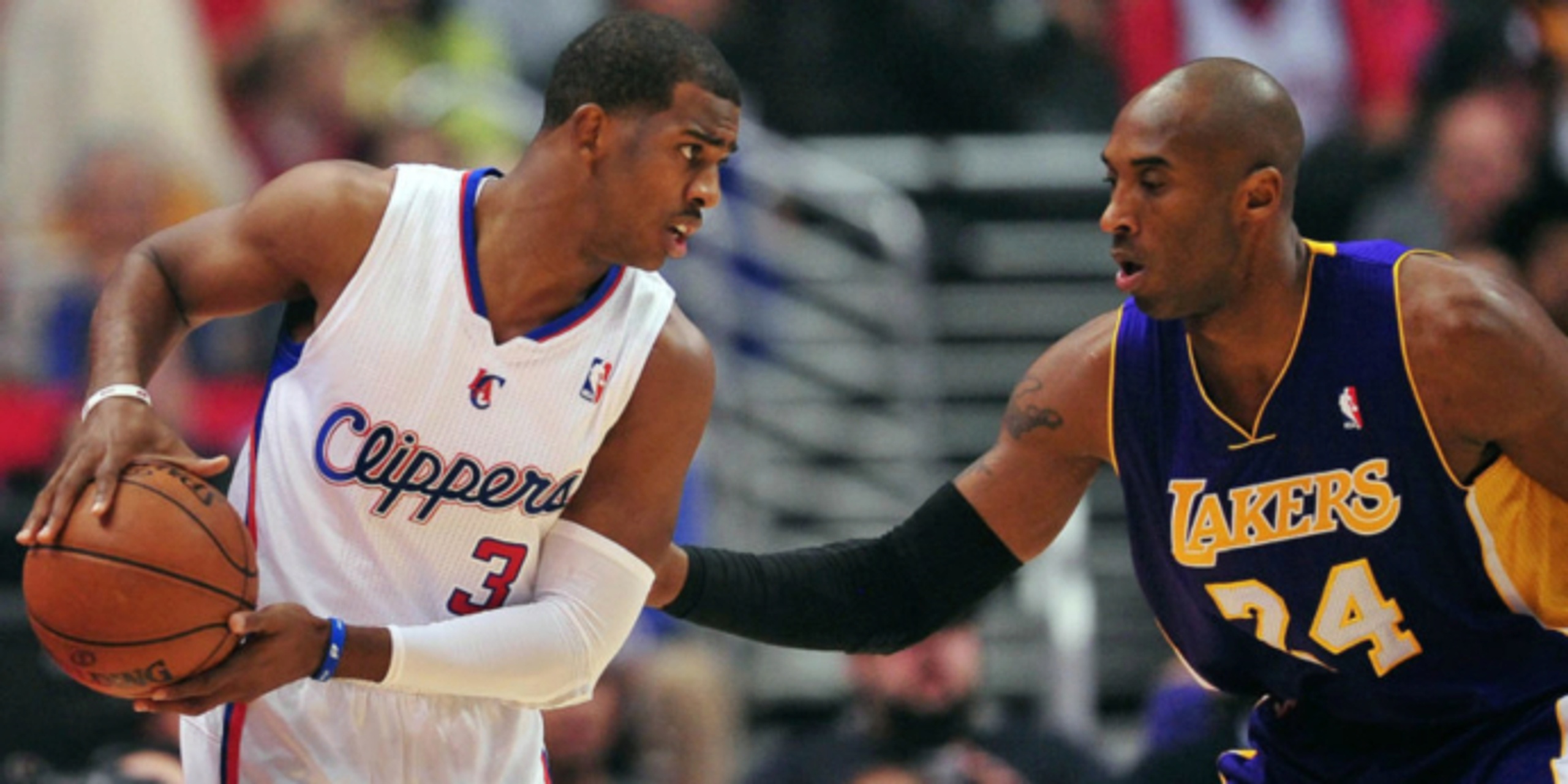 The NBA’s trade season usually ramps up on draft night and intensifies on the first day of free agency. So far this offseason, we’ve seen Lonzo Ball and DeMar DeRozan traded to the Chicago Bulls, Spencer Dinwiddie dealt to the Washington Wizards and Russell Westbrook moved to the Los Angeles Lakers.

Teams are always discussing possible trades and doing their due diligence – seeing who’s available around the league and gauging interest in their own players. Every now and then, these talks lead to a major trade that shakes up the power structure of the NBA. Other times however, for various reasons, the talks fizzle out, leaving fans to dream about what could have been.

So with that being said, let’s examine five of the biggest trades in NBA history that almost happened.

Amar’e Stoudemire to the Golden State Warriors – This one is really more of a Steph Curry trade, but Curry hadn’t yet played a game as of the rumors, so we’ll file it away as a Stoudemire trade. The deal would have sent Stoudemire and the 14th pick in the 2009 draft to Golden State in exchange for the rights to Curry. Had this deal happened, Curry and then-Suns general manager Steve Kerr would have found themselves working together far sooner, but it would have undone the Warriors’ dynasty. This one would have rocked the league.

Scottie Pippen to the Toronto Raptors for Tracy McGrady – The Chicago Bulls have received a lot of bad press since “The Last Dance” aired in 2020, and it became public knowledge that they tried to trade Pippen, and rightfully so. The less explosive of the two deals was this one, a 1997 draft-day deal that would have sent Pippen to Toronto in exchange for McGrady. According to McGrady, Michael Jordan ultimately nixed the deal. In a vacuum, this one wouldn’t have been that bad for Chicago, but in reality it could have led to Jordan retiring or leaving Chicago sooner and, thus, leaving a championship on the table.

Chris Paul to the Golden State Warriors – This one is another Curry near-trade, and it was allegedly instigated by Golden State. In 2011, the Warriors tried to package Curry and Klay Thompson in exchange for Paul. The Warriors planned to also add Tyson Chandler to create a quasi-super-team. Imagine that? Some people close to the Warriors still deny this rumor, as they should. Either Curry trade happening probably wouldn't have resulted in Golden State winning a championship, but it also probably would've pushed Kevin Durant to either remain in Oklahoma City or sign elsewhere. Who knows how far the butterfly effect reaches?

This one is interesting because of the immediate impact it had on Barkley once it was clear it wasn’t going through. According to Barkley in a conversation with Zach Lowe on The Lowe Post, Barkley responded to a call from his agent alerting him of the deal by celebrating over drinks with friends. Later that day, Barkley received another call from his agent, letting him know that the deal wasn’t going through. “And I’m drunk as [expletive] and we got a game that night,” Barkley said.

Ultimately, Barkley was dealt to the Phoenix Suns later that season. He led the Suns to the NBA Finals the following year. Comparatively, the Lakers’ roster was relatively barren by 1992, so it probably worked out better for Barkley that he wasn’t dealt to Los Angeles. Still, it resulted in one of the weirder trade-related stories in NBA history. And just imagine Barkley in Los Angeles…

The Pippen-for-McGrady rumor was in 1997. Pippen-for-Kemp was a rumored draft-day deal in 1994, shortly after Pippen refused to go back into Game 3 of the Eastern Conference semifinals against the New York Knicks — and long before Pippen, Jordan, and the Bulls reconnected for the second three-peat. It’s a good thing that this never went through. According to ESPN’s J.A. Adande, when asked if he would have returned to the Bulls with Kemp, Jordan said, “Probably not. I could have played with Shawn, but I wouldn't have been as comfortable as I was with Scottie."

Had this deal been approved, does Jordan return to the NBA? If he doesn’t, is he still widely regarded as the best ever (with just three championships)? Or does he stick with baseball? Thankfully, we’ll never know.

This one’s pretty straight forward. Garnett wanted out of Minnesota, and the Timberwolves subsequently began accepting bids for Garnett’s services. Timberwolves owner Glen Taylor told Lakers owner Jerry Buss that he’d like to make the swap with the Lakers, but he needed Minnesota's general manager at the time, Kevin McHale, to sign off.

According to an oral history of Garnett’s career from Bleacher Report’s Howard Beck, Taylor “…didn’t know if I wanted [KG] in the West” – so who knows how close this was to going down. On The Posecast, Ray Allen said that Garnett to Los Angeles was looking likely, and that KG was leaning toward joining the Lakers, but he ultimately changed his mind once Boston acquired Allen. Had this trade happened, the impact could have been tremendous, robbing Boston of the 2008 championship and probably gifting at least one more title to Kobe Bryant and the Lakers. 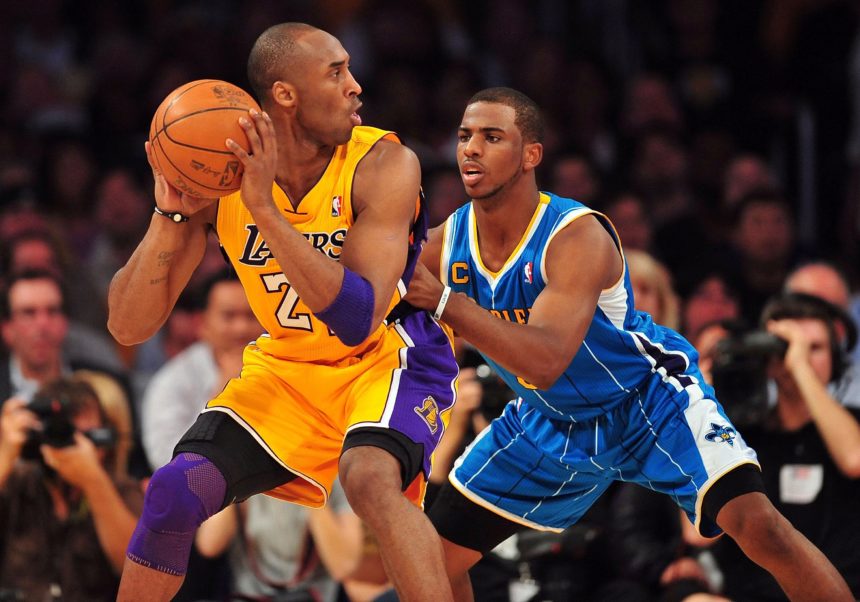 While Paul was nearly dealt to the Warriors for Curry and Thompson, this deal is higher profile because of the drama surrounding it. This deal was done. Paul was set to join Kobe Bryant in Los Angeles. Instead, NBA commissioner David Stern vetoed the trade on behalf of the Hornets because the deal didn’t return adequate value to New Orleans, a franchise that was being run by the league due to former owner George Shinn’s unprecedented move to sell the team to the NBA. If you weren’t an NBA fan in 2011, you missed a hell of a situation.

Ultimately, this one may have robbed a championship from the Lakers, too. The deal would have enabled Los Angeles to keep Kobe Bryant and Andrew Bynum while adding Paul. The team lost to the Oklahoma City Thunder in the second round (4-1), but would the addition of Paul have given the Lakers enough firepower to overcome the Thunder (and LeBron James and the Miami Heat)? We’ll never know.

1. Kobe Bryant to the Chicago Bulls

In 2007, Kobe Bryant was nearly traded to the Chicago Bulls. Why? Bryant was incredibly frustrated with the inactivity of the Lakers’ management. It escalated to the point where, according to Bryant, he and his family were looking at houses and schools in the Windy City. When some fans asked Bryant if he was staying in Los Angeles, he told them to “buy a Bulls uniform.”

Back in 2018, BasketballNews.com’s Alex Kennedy spoke with Bryant on The HoopsHype Podcast about how the trade would have impacted his career.

“Ah, yeah, it would’ve changed things a lot,” Bryant said. “I believe we still would’ve won championships in Chicago. That’s what I think, but I do feel like everything happens for a reason. Honestly, the biggest shock to me was that Shaq didn’t know that [I wanted to be traded]. That was the biggest surprise to me, that he was unaware of that! I think had he known how serious I was about going someplace else, he never would’ve demanded a trade [from the Lakers]. But when he got traded, that stopped me from going anywhere else, because there was no way that Jerry Buss was going to lose Shaq and me in the same summer. So if he had known how serious I was about leaving, I don’t think he ever would’ve demanded a trade.”

Ultimately, the timing worked out in Bryant’s favor. Shaquille O’Neal was traded to the Miami Heat in 2004, which led to Bryant working things out with management. And things worked out just fine for Bryant professionally, as he went on to win two more championships in Los Angeles and he remained with the Lakers for the rest of his career.

Trade rumors captivate sports fans more than anything. Most don’t come to fruition, and that’s fine. They captivate us, distract us and allow us to imagine ideal outcomes for our favorite teams, even if they were never really that close to happening.

Each of the deals mentioned above would have shaken up the league, leading to far different outcomes for a number of franchises.