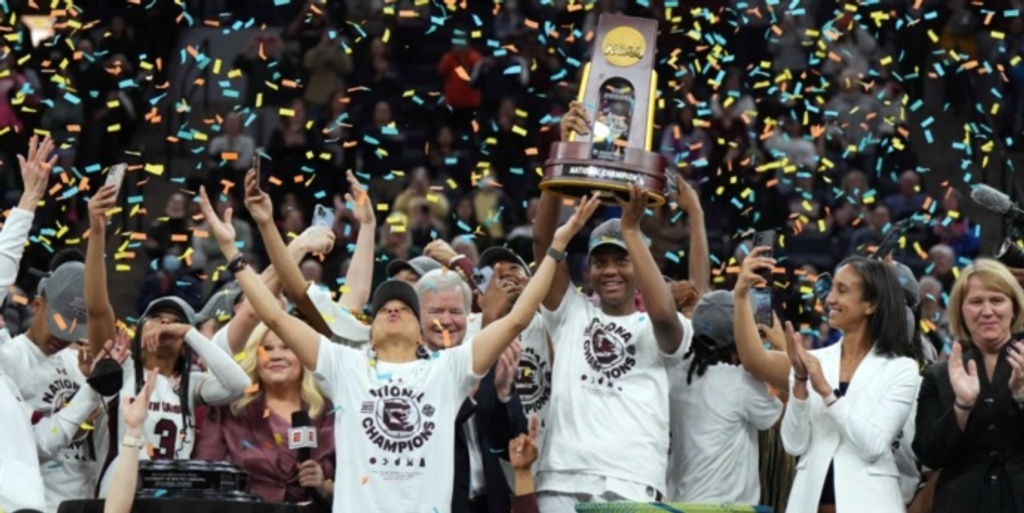 On Sunday, the No. 1 seed South Carolina Gamecocks defeated the No. 2 seed Connecticut Huskies, 64-49, to win the 2022 NCAA women's basketball championship.

The game had 4.85 million viewers, making it "the most-watched college basketball game on ESPN (men or women) since 2008," tweeted ESPN's Flora Kelly. Viewership peaked at 5.91 million.

With 4.85M viewers, the Women’s NCAA Champ game was the most-watched college basketball game on ESPN (men or women) since 2008.

This year, viewership was up 18% from 2021 and up 30% from 2019. This was the most-watched women's national championship since 2004 (when Connecticut defeated Tennessee and Diana Taurasi won Most Outstanding Player).

The 2022 NCAA women's basketball tournament set a number of records, as ESPN PR pointed out:

For a multitude of reasons, the 2022 #NCAAWBB Tournament was one for the record books

The NCAA men's basketball championship also had incredible ratings, with Kansas' win over UNC delivering an average of 18.1 million viewers, becoming the most-viewed NCAA men's championship ever on cable television.