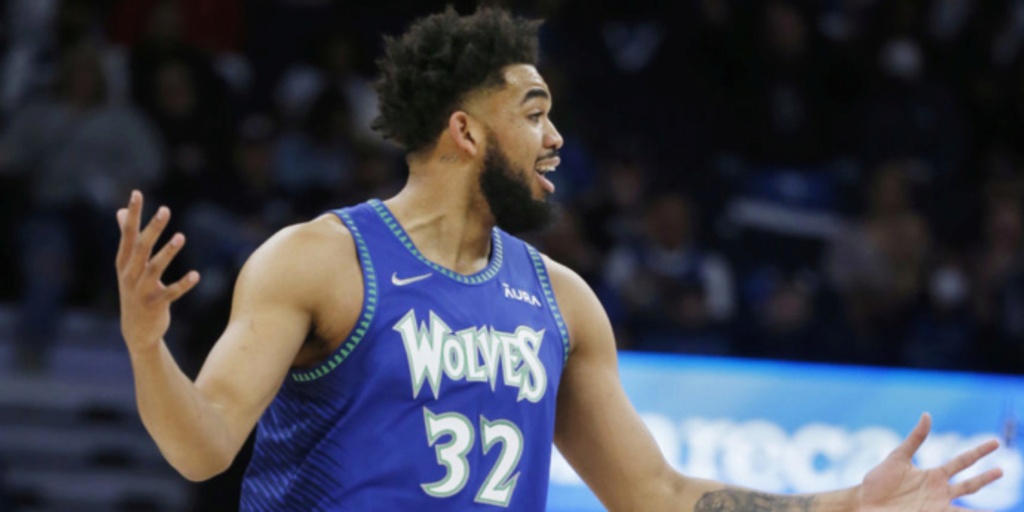 2022 NBA offseason preview: What's next for the Minnesota Timberwolves?

Yeah, the Minnesota Timberwolves' repeated shipwreckings in the first round might be tough to swallow for the next month. However, the blown leads and Karl-Anthony Towns trash talk undermine what was, in my estimation, one of the most promising seasons in recent franchise history.

Minnesota has made the playoffs twice since 2004. The only other time was a whimper of a first-round exit in 2018 that foreshadowed the collapse of a Jimmy Butler-led, Tom Thibodeau-coached roster. This season, Minnesota constructed a top-10 defense with the league's seventh-youngest roster, per RealGM, and went 30-17 in the 2022 calendar year.

Make no mistake: This franchise is on a positive trajectory, and is finally turning potential into production. Now, Minnesota has to make one of the most difficult leaps in basketball — going from a winning team to a true contender — at a time where the NBA wields some of the widest parity in recent memory.

The 2022 offseason can be a pivotal building block towards that leap. First, the franchise needs to secure its chief decision-maker.

Sachin Gupta assumed interim duties as president of basketball operations following Gersson Rosas' departure last fall. The Wolves made all of five in-season acquisitions under his tenure (three of which were 10-day signings), and executed zero trades. It was a quiet season on paper for the creator of ESPN's Trade Machine.

According to the Minneapolis Star Tribune, Gupta seems prepared to navigate the Timberwolves through the summer, though the franchise has not made any move towards announcing a permanent head of operations yet. Wolves head coach Chris Finch has voiced his support for Gupta.

"They know my feelings about Sach," Finch said. "They know that I think he's outstanding and he's been a huge reason that we have stability in this organization right now. He's very smart. We have complete alignment. The players love him. He's appropriate in his presence around the team. He's not heavy-handed with the coaching staff. He does his job.

"I'm a huge fan, and I've advocated for him to have his opportunity to be the guy to run this team. Nothing would make me happier than that."

So time will tell if the new ownership group, currently including Glen Taylor, Alex Rodriguez and Marc Lore, feel the same.

Minnesota has most of its current roster contractually intact. The team holds $1.9 million team options on 2019 second round pick Jaylen Nowell and undrafted Naz Reid, who have both emerged as quality rotation-caliber players. Perhaps the biggest free agent name is Taurean Prince (UFA), who solidified a solid floor-spacing role off the bench in the regular season, but struggled in the playoffs.

The Wolves likely won't have the salary cap room for flashy free agent acquisitions. According to Spotrac, Minnesota is all-but guaranteed to be over the cap before free agency even opens. Their best spending asset will be a $10.2 million non-taxpayer exception. Interestingly, Gupta has already commented on a potential team need.

"Defensive rebounding was obviously a big issue in this series and all year long," Gupta said. "That might be a more personnel thing and more size can certainly help. There's a mix for sure in terms of how we can address some of those areas and weaknesses just with development and internal growth and others that we may have to address with the roster."

Minnesota should have plenty of chances to fill this need with its exception. Purely spitballing, but some rebounding bigs who might fit in the $10.2 million exception include: Derrick Favors, Ivica Zubac, Thomas Bryant and Andre Drummond.

But if the front office feels a greater compulsion to act, they have the players and draft picks to create enticing trades. Minnesota holds the No. 19 pick in the first round of the NBA Draft, and Nos. 40, 48 and 50 in the second round. How many of these selections will stay in the Twin Cities with a roster nearly full already?

Our Senior NBA Draft Analyst Matt Babcock projects Minnesota to select Kennedy Chandler at No. 19, and then Ismael Kamagate, Jalen Williams and Hugo Besson in the second round of his latest 2022 NBA Mock Draft. Chandler could develop into a steady backup point guard behind D'Angelo Russell, while the others profile as high-upside swings that Minnesota doesn't need to step into the game right now.

One more wrinkle to monitor is Leandro Bolmaro, the No. 23 pick from the 2020 NBA Draft. The Argentinian wing spent most of 2021-22 with the Iowa Wolves in the G League, and put up 12.9 points, 5.4 assists and 5.0 rebounds per game. Is Bolmaro ready to make an NBA impact?

The Timberwolves don't need to rush their franchise timeline. Anthony Edwards is only in his second season, and as we saw in the playoffs, still radiates untapped potential despite his ascendancy. Towns is the second-oldest player currently under contract, and even he's still just 26.

But there's no turning back once a young roster makes the NBA playoffs. Minnesota has set postseason play as the minimum standard for next season, and with youth comes expected improvement in each subsequent season.

Now Gupta, or whoever the next president of basketball operations is, must steer the franchise toward a path to greater heights this summer.