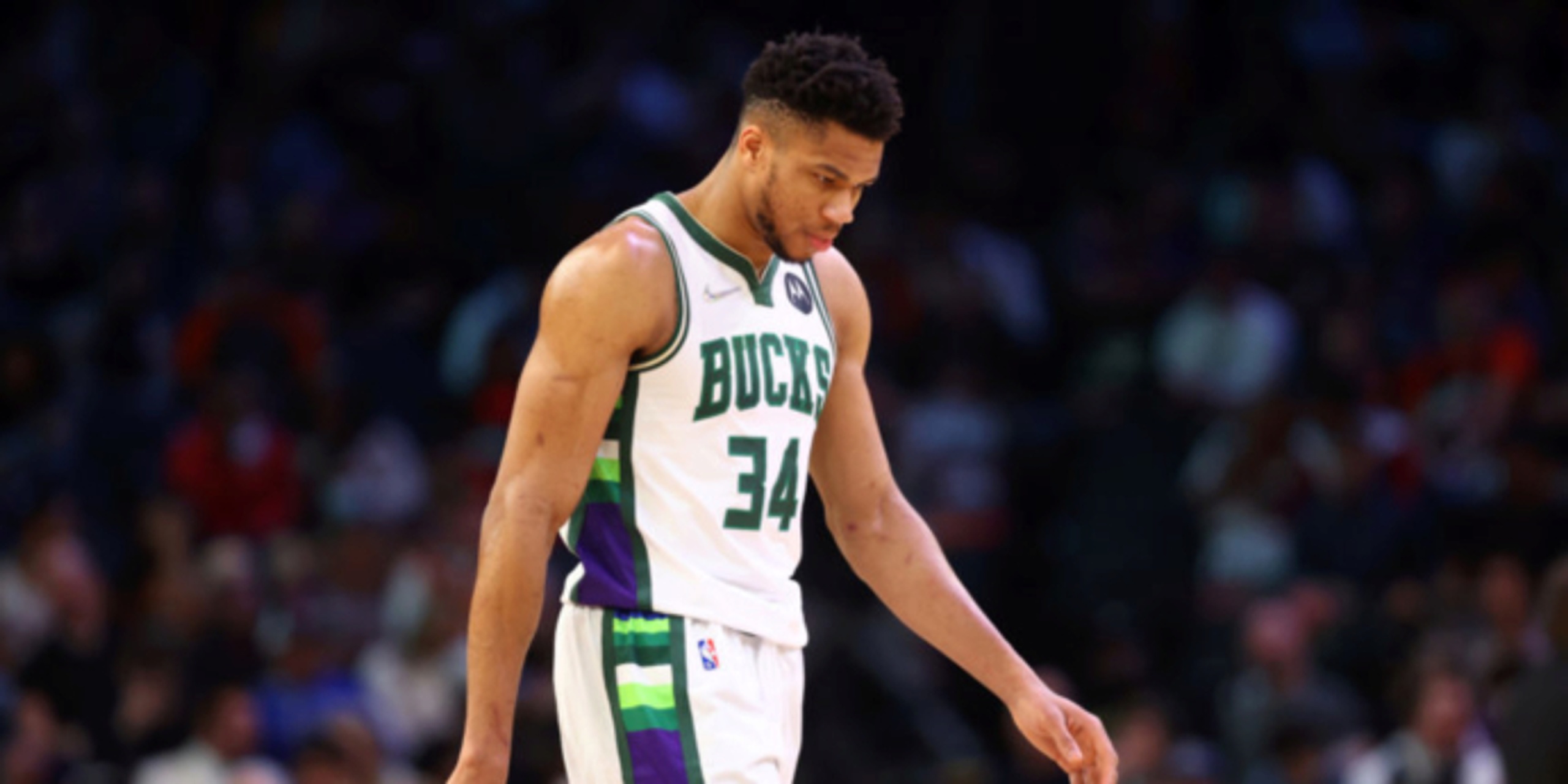 2022 NBA offseason preview: What's next for the Milwaukee Bucks?

The Milwaukee Bucks are in a sneaky-strange position after relinquishing their place as defending NBA champions.

They still have a core in Giannis Antetokounmpo, Khris Middleton and Jrue Holiday that figures to keep Milwaukee in contention for several years. There's no major drama surrounding the team and no marquee free agent hitting the scene this summer. The Bucks have more stability than most of the recent ousted champions. In fact, I'd argue that you'd have to go back to the Kobe Bryant-era Los Angeles Lakers, Big Three Boston Celtics or early-dynasty San Antonio Spurs to find teams who gave up the title but still had promising outlooks.

Yet, the Bucks also seemed like they were playing from behind in most of the second round despite leading the series against the Boston Celtics multiple times. Their half-court offense was horrendous; Milwaukee averaged a putrid 81.9 points per 100 possessions on half-court plays, per Cleaning the Glass. Their defense was solid but solvable, as shown by the Grant Williams Game 7 extravaganza and Al Horford's explosion in Game 4.

How much failure can be atrributed to the loss of Middleton? How much can the Bucks stand pat as other Eastern Conference powers continue to make moves? How much will they weigh postseason failure against regular-season success and injuries?

These are the questions leadership will ask itself as Milwaukee approaches a murky offseason.

The Bucks have their star trio locked down for the next two years (though Middleton holds a player option in 2023-24). However, they will have several smaller free agents to manage. Bobby Portis holds a $4.5 million player option, per Spotrac, and should command over twice that amount if he decides to hit the open market. Pat Connaughton ($5.3 million) and Thanasis Antetokounmpo ($1.8 million) also hold player options.

Wes Matthews, despite his low scoring numbers, was one of the most impactful Bucks in their playoff run. His defense on Jayson Tatum in particular made the second round a slog for the Celtics' star, helping keep Milwaukee in contention. Matthews will be an unrestricted free agent this offseason. At 35 years old, and with a limited offensive ceiling, he'll be an interesting player to watch this summer. I'm all for Milwaukee doing what they must to return Matthews, but will his age and injury history make them hesitant? If so, does another team pounce?

Serge Ibaka will also hit unrestricted free agency, and was not much of a factor in Milwaukee this season after being acquired at the 2022 trade deadline. Jevon Carter joins him and Matthews as an unrestricted free agent; his case might be more intriguing after he emerged as a rotation-caliber guard and shot the ball better than he ever has in his short career. Jordan Nwora and Lindell Wigginton will both be restricted free agents.

This free agency period ultimately forces Milwaukee to evaluate its supporting cast around the three stars. Giannis is the rudder for every decision the franchise makes for at least the next four years. Milwaukee has to reflect on which players best fit his strengths and needs, particularly on offense.

Unfortunately, they won't have much free agent flexibility. The Bucks only have the $6.3 million taxpayer mid-level exception to go out and sign a complementary piece. They also hold a $1.5 million trade exception that has almost no functional value. So if they want to chase a player with more stature, they'll have to get creative with trades.

However, unlike many past champions, Milwaukee does still hold its first-round pick outright at No. 24 overall. The NBA Draft could be an easy way for them to add a rotation piece either by selection or with a trade. The franchise forfeited its second-round pick, however, in the fallout from the Bogdan Bogdanovic fiasco of the 2020 offseason.

Does a seven-game sample dictate how the Bucks approach this offseason? It feels unfair to the larger roster and the shooters who ultimately went cold in a pivotal Game 7. But Milwaukee's expectations are now to win in these seven-game series, and when the offense looked as bad as it did in Round 2, running it back seems illogical.

It's not a call for Mike Budenholzer's ousting or saying that any particular player is holding the team back. The Bucks instead have to take a long, hard look at what team they want to be and what current players fit into that mold. They're still very much title contenders, but this season was a reminder that contention doesn't get you very far in the NBA.