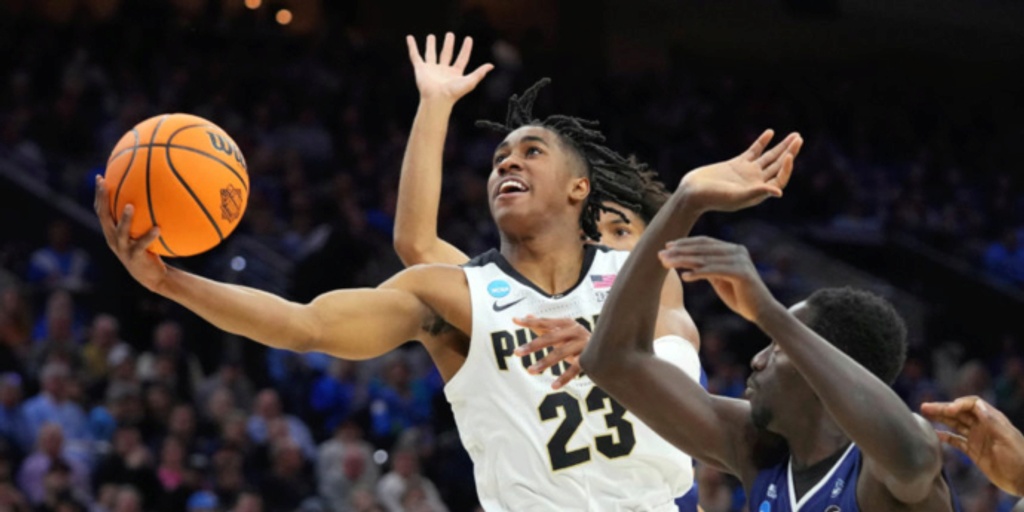 As the NBA pre-draft process chugs along, the NBA Draft Combine marks the next milestone in prospects' journey to draft day.

The league announced that 76 players have been invited to this year's combine, which runs from May 16-22 in Chicago. Scouts and teams will receive an up-close look as prospects undergo physical testing and compete in five-on-five scrimmages. The NBA Draft Lottery takes place on May 17, adding more clarity to the draft board.

Senior NBA Draft Analyst Matt Babcock answered some questions about the combine process, prospects to monitor in the events and more as the pace picks up in this scouting season.

1. How do you approach scouting the NBA Draft Combine, and what events are most valuable to your scouting process?

The NBA Draft Combine is an excellent opportunity to see a large bulk of the draftable prospects all at once. Unfortunately, most top players don't participate in competitive play. Still, it allows us to evaluate players looking to move the needle or establish their draft standing. The NBA Draft Combine is also critical for prospects who are weighing out whether to stay in the draft or return to school.

2. Which prospects do you think could stand out in the athletic testing portions of the combine?

A few of the better athletes in this draft would be Jaden Ivey from Purdue, Shaedon Sharpe from Kentucky, Bennedict Mathurin from Arizona and Kendall Brown from Baylor. I'm looking forward to seeing their test results, as that group of players is about as athletic as they come.

3. Which prospects do you think could shine in the 5-on-5 scrimmages?

Well, let's see who decides to play. I've been talking to some agents who are in the proccess of deciding whether to have their clients participate in the live-play or not. Last year, Bones Hyland was the big winner of the live play. He was terrific. His play at the combine led to him becoming a first-round pick. So to me, Bones Hyland is a perfect example of why it makes sense for a player to bet on himself and play in front of the entire NBA.

4. Who do you think has the most to gain or lose in the combine process?

I think some of the younger players that possess significant upside but might not have had the opportunity to fully show their stuff throughout the year have the most to lose. A few guys that come to mind are Peyton Watson from UCLA, Josh Minott from Memphis, JD Davison from Alabama and Leonard Miller from Canada. I wouldn't be surprised to see any of these players go in the first round due to their raw talent despite not being overly productive this past season.

5. Are there any draft entrants you could see surprising people by returning to school or overseas?

Everything has been changing so dramatically recently with the emergence of NIL deals, and I think there could be some good players who elect to return to school partially as a result of that. For example, I heard some rumblings that one player is likely to return to school if he doesn't get a guarantee that he'll be selected in the first round. I also heard another player is interested in returning to school if his NIL income gets to a certain level. I worked as an agent for more than ten years, and I think a lot of the dialogue between agents, players, parents and coaches is changing quite a bit. The pros and cons for players deciding to go pro or stay in school are very different. However, I think it's all for the better in the long term.

6. How do players prepare for the NBA Draft Combine? Do they specifically train for certain events?

Every trainer has their own strategy, but generally, players are doing workouts comparable to what they'll do at the NBA Draft Combine and at workouts when they visit teams.

7. Is it possible for prospects' stock to rise or fall between the end of the college season and now? If so, why?

Between the college season and now, there hasn't been much action on the court, so you might be asking what would cause a player's stock to rise or fall during that time. Well, I'll tell you: intel. NBA scouts, executives and people like myself spend a lot of time talking to folks on the phone, trying to learn more about draft prospects. We're trying to learn more about players' character, work ethic, habits on and off the court and things like that on these calls. I think some teams value intel and certain traits differently than others, but overall, intel certainly plays a part, and sometimes a significant part, in players' draft value and stock.

8. Aside from the combine, what other important procedures are involved in the pre-draft process during the month of May?

My process is a little different from a team's, as I don't have to follow NBA rules or guidelines. During May and June, I typically travel all around the country to watch prospects work out and get a chance to sit down and talk with them. It's an essential part of my evaluation process, but it's also my favorite part. I spend years watching most of these guys develop. So it's just neat to get an up-close look at the players and get a chance to speak to them right before their dreams of being drafted come to fruition. It's something I don't take for granted. It's certainly a fun part of my job.

Be sure to check out BasketballNews.com's full 2022 NBA Mock Draft, with profiles for each prospect selected.