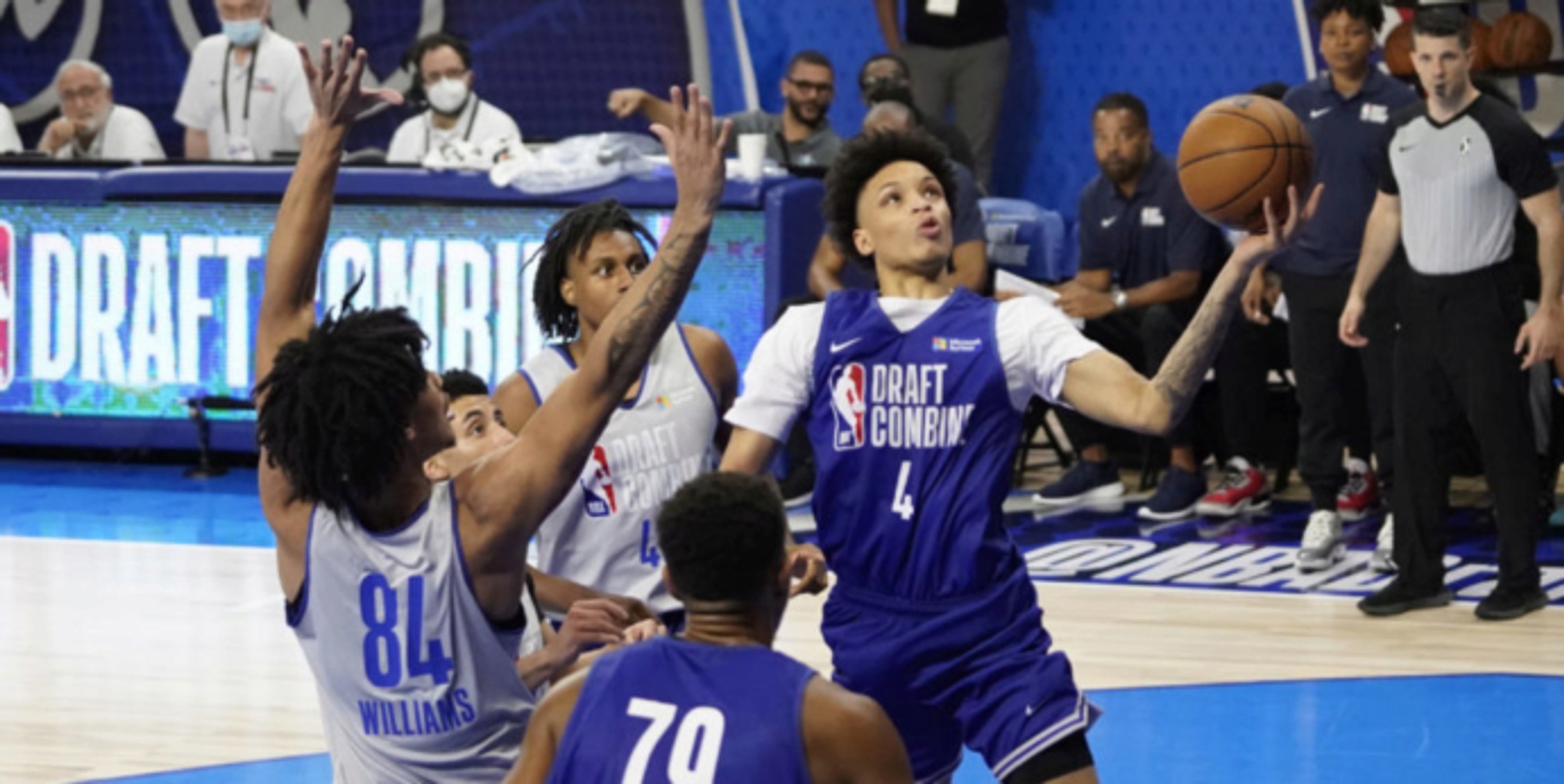 With the 2022 NBA Draft less than a month away, BasketballNews.com will have you covered from top to bottom. Last week's NBA Draft Combine began the pre-draft process for a number of hopeful prospects as they try to break into the league.

I had the opportunity to catch up with Toledo guard Ryan Rollins, who averaged 18.9 points, 6.0 rebounds, and 3.6 assists per game for the Rockets this past season. We discussed his upbringing in Detroit, path to Toledo and journey to the NBA Draft.

Prior to your time at Toledo, I understand you grew up in Michigan. Could you start off by sharing what your childhood was like growing up there?

Your brother Chris also played collegiate basketball at Davenport University. How did your brother/family aid in your development on the court?

Rollins: "For sure, with him being on the older AAU team, they would always come over to the house and spend the night. So I’d always be playing with them and they were way bigger than me, stronger than me and more advanced at that time. It toughened me up and gave me a good experience for sure."

When did you first start playing basketball? And when did you realize you could be really good?

Rollins: "As I said, my whole family played so I was just bred into it, always around it and was kind of forced to play. When I knew that I could actually like make some money off of it... I would probably say during my high school years. My sophomore year, I had a pretty good sophomore season and made All-State. I figured out I was pretty good, and that gave me encouragement and excitement for the future."

You had a very successful high school career. Despite great stats, you were not greatly pursued by "blue-blood" programs. How did that affect your mentality? And did it put a chip on your shoulder?

Rollins: "Oh yeah, it did. I feel like I was under-recruited and undervalued all the way around, didn’t go to a high major; they didn’t even really offer me, so that gave me motivation. When I got to Toledo, I just went out there and played my game to prove to everybody that, in due time, (bigger schools) made the wrong decision. It is what it is. I have to do was best for me. What happened to me was God's plan, so it worked out the best way."

You ended up playing for Tod Kowalczyk and Toledo. What aspect of the Rockets’ program was most attractive to you?

Rollins: "The whole organization — the roster, staff and the feeling that I got from people when I went on my visit up there. Throughout the whole recruiting process, they were coming to my open gym during the summer consistently — like three times a week, they would come to at least two of them. That showed me that they were genuinely interested and really wanted me. They wanted me and had a great roster set for me to go there and have a good role on the team. I felt comfortable with everybody that was there so it was the right decision."

For those who haven’t seen you play, how would you describe your game?

Rollins: "I would say I'm a smooth playmaker, somebody (who) can score on three levels and can create for myself and others. I make plays on both ends of the floor, on the offensive end and defensive end as well."

What did you focus on the most during your time in Toledo in terms of development? What are some things that you would like to work on and improve on your game as you look toward the NBA?

Rollins: "At Toledo, I wouldn't say there was a specific skill. I was just refining my game, getting stronger and working on everything I was doing in the game: coming off ball screens, coming off down screens, shooting — a lot of shooting — finishing and getting stronger, honestly. For the future, I know I need to get stronger, work on my three-point consistency and stay locked-in on defense."

What short- and long-term goals have you set for yourself?

Rollins: "Short-term, to get drafted (in the) first round. The long-term would be to get my whole family financially set so that they don’t have to worry about that side of things. Just have fun with life."

Could you take us through your daily routine currently as you prepare for the NBA Draft?

Talk to me about how this week has been in Chicago at the Combine.

Rollins: "It was a good experience being around all the top guys, top college players and competing with them. I enjoyed getting to see them face-to-face because I didn't get to play against a lot of those guys. It was a nice experience, facing up against them and being in an NBA environment, the facility, Being around the players, the organizations and the people who lead organizations was a great experience."

In what role/way do you feel you can contribute the most to a team?

Rollins: "(Being) an unselfish guy, a playmaker. I’m somebody that can create for myself and others and (is) a good teammate all around. I'm somebody that you want to play with, and I’m solid on and off the court as well. I’m a cool dude. You want to be around me; I mean, I'm good company. I try to be somebody who is good all the way around and does the right thing."

Rollins: "Right now I’d say CJ McCollum, a combo guard who can create for himself and others. Guys like Devin Booker, Jordan Poole (and) Tyrese Maxey. Guys like that."

Let's pretend that you've just entered an elevator with a general manager of a team that's considering selecting you. What is your elevator pitch as to why you're their guy?

Rollins: "On and off the court, I do the right thing. I know what needs to be done, and I can get it done at a good pace. I’m the guy that you want in the organization. I'm a raw talent right now and have a lot of potential, and I think I could bring a lot to the organization. I’m somebody who wants to learn; I’m a quick learner and humble. All the way around, I think I’m someone you want in your organization for sure."