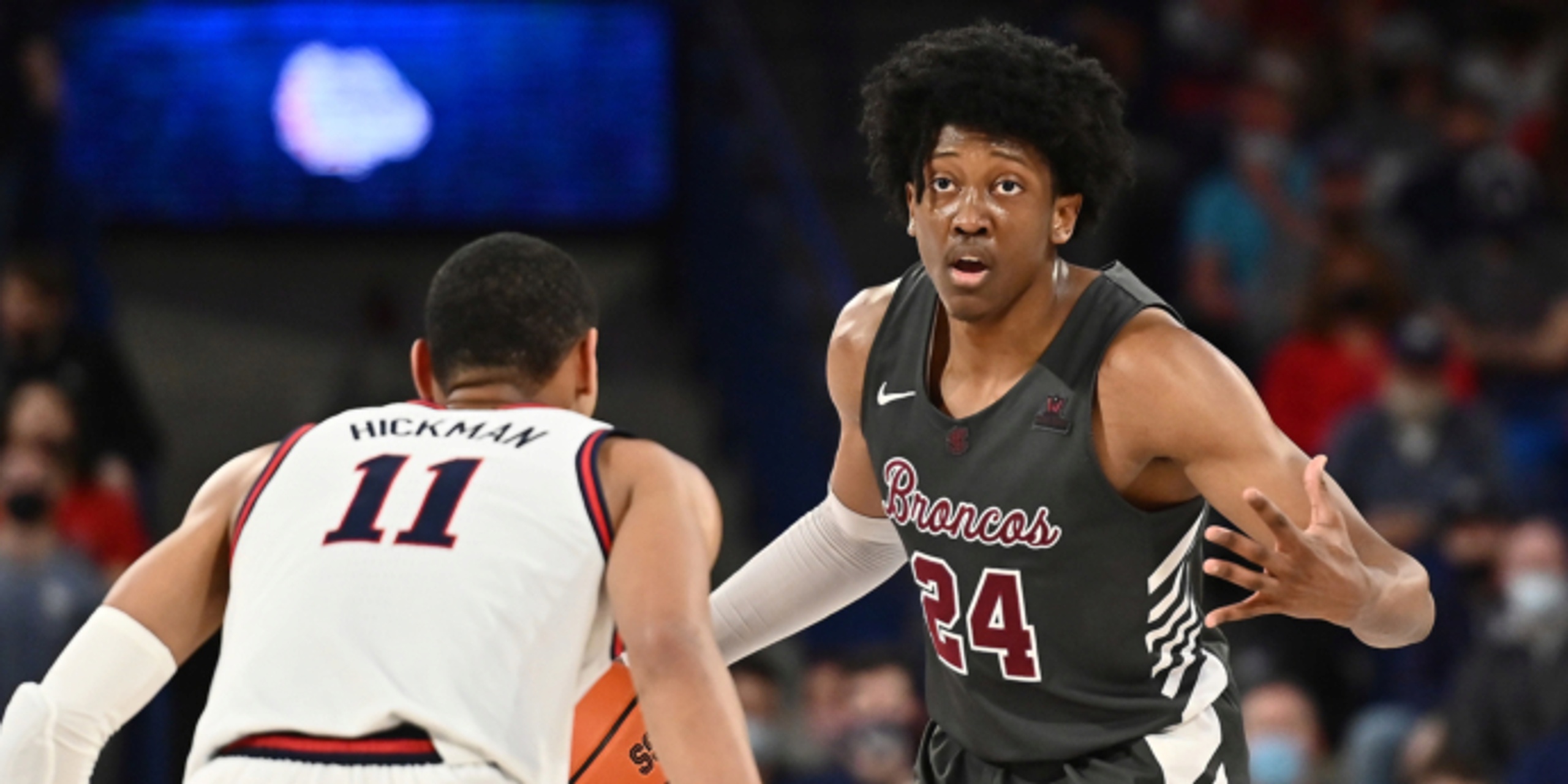 The Oklahoma City Thunder have selected Jalen Williams with the No. 12 overall pick in the 2022 NBA Draft.

With the No. 12 pick in the #NBADraft , #ThunderUp selects Jalen Williams 🏀@MattBabcock11 broke down his game: pic.twitter.com/m1z3sZA1pT

ANALYSIS: After his third season with the Santa Clara Broncos, Jalen Williams solidified himself as a worthy draft prospect. He stands 6-foot-5, but possesses an incredibly long wingspan measuring over 7-foot-2. Williams shot over 40% from deep on the season and was especially lethal off the catch. In addition, Williams possesses excellent vision and has shown the ability to facilitate as the lead ball-handler. Williams is a talented and intriguing prospect.