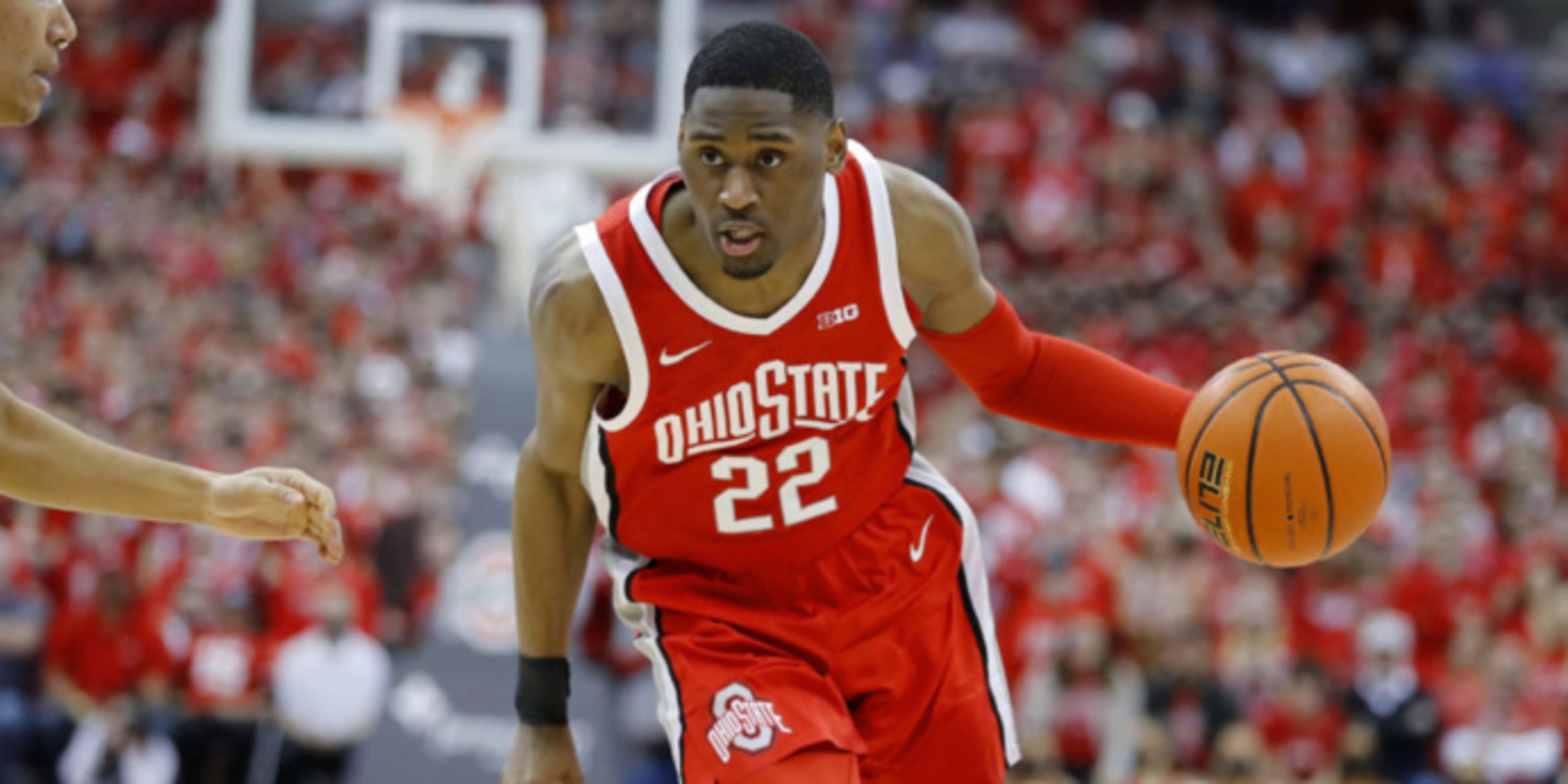 With the 2022 NBA Draft less than a month away, BasketballNews.com will have you covered from top to bottom. The NBA Draft Combine in Chicago began the pre-draft process for a number of hopeful prospects as they try to break into the league.

I had the opportunity to catch up with Ohio State swingman Malaki Branham, who averaged 13.7 points, 3.6 rebounds, and 2.0 assists per game in his lone season with the Buckeyes. We discussed his start in basketball, playing in his home state, his second-half surge and how he'll translate to the next level.

Let's start with your background. What's your hometown?

Malaki Branham: "My hometown is Columbus, Ohio, where I was born and raised."

Could you tell me a little bit about your family background?

Branham: "I have a small circle. It's my mom, my little brother, my uncle, my auntie and my grandma. That's about it. My trainer is also like family. I've been working with him for seven-plus years, so he became family."

Did you play any other sports growing up?

Branham: "No, not really. When I was younger, I played soccer and baseball, but basketball has always been everything to me."

When did you first start getting into organized basketball?

Branham: "Probably when I was 8 or 9. I started playing AAU early on, and things just took off from there."

At what point in your development did it start to click that you might have a bright future in basketball?

Branham: "It was my eighth-grade year. I dunked on somebody; that was my first in-game dunk but my first "poster" too. I thought, 'If I keep working, I can do something with this.'"

How tall were you when that happened?

Being from Ohio, what was it like to be able to stay home and play at Ohio State?

In our 2022 NBA Mock Draft on BasketballNews.com, we have you projected to the Cleveland Cavaliers at No. 14. How would you feel if that ended up being the case?

Branham: "It would be cool! Many people back home want me to stay and play for the Cleveland Cavaliers. It's just a blessing to be in this position."

I saw you early on in the season at the Fort Myers Classic. At that point, you were starting, but not getting a lot of shots. Then, midway through the season, you started to explode. From your perspective, what began to click for you to elevate your game so dramatically?

Branham: "I didn't have the biggest role on the team to start. In the beginning, I was trying to fit in. Then, when we played Wisconsin at home, I had 0 points and 4 turnovers. I texted Coach [Chris] Holtmann after the game and thanked him for letting me play through the mistakes that I was making. I was just frustrated with myself, I looked in the mirror and said, 'We need to get to work.'

"From that point, the Nebraska game came, and I kept that in the back of my head and wanted to make sure that the game wasn't just a fluke. I just wanted to be consistent the rest of the year, and I feel like I did that."

The Big Ten was stacked this year. I stayed in Indianapolis to watch the entirety of the conference tournament. Who do you think was your toughest matchup this year?

Branham: "The toughest 1-on-1 matchups that I had to guard, I'd probably say Fatts Russell from Maryland; he's a smaller guard, but he's so quick and shifty. I'd also have to say Johnny Davis and Jaden Ivey as well.

"That quick first step that lets [Jaden] get to the rim with ease (makes him a tough matchup). Also, he gets up in the air and gets his shot off from anywhere he wants. With him, I feel like it's him being more explosive than everybody. Johnny is just smooth. He's a bigger guard as well. He gets to the mid-range just like me, so making it tough on him is hard to do. I feel like he plays through a lot of contact.

"Those guys were both a year ahead of me, so they had a feel for Big Ten basketball. I just had to get a feel for how they moved, but I felt like I matched up with them pretty well."

What was your driving force for going all-in on the draft?

Branham: "Really, it was just getting good feedback. I kept working and put my head down, and after, I kept getting good news. I felt like it was too good of an option for me to pass up. I feel like entering the draft with two feet is what I wanted, so I'm just excited to be in this process."

Can you describe yourself as a player?

Branham: "I would say that I'm aggressive. I'm always in attack mode. When I'm between those four lines, I'm in attack mode and aggressive. In the second half of the season, I was aggressive, looking for my shot. I'm also always trying to facilitate for my team too."

Are there any specific aspects of your game that you're looking to improve?

Branham: "Probably tightening my handle. I will be on the wing against bigger and older guys, so I need a tight handle. I'd also like to work on my defensive abilities as well. I'm not going to be a guy who is handling the ball all the time right away, so I need to get some stops on the defensive end to earn that trust on the offensive end."

Are there any current or former players that you model your game after?

Branham: "I watch a lot of Khris Middleton, Devin Booker and those types of guys that can get to the mid-range and are three-level scorers. Those are the guys I model my game after."

If you had to use one word to describe yourself, what would it be?

Branham: 'I'd go with resilient. There will always be tough times in life, but I'm always pushing through. This year was a good example of me being resilient. At the beginning of the year, I wasn't playing as well as I could have, and in the second half, I found a way to push through and get through it."

Let's pretend I'm an NBA general manager. What is your elevator pitch to me as to why I should select you?

Branham: "I live and breathe basketball. I'm a hard worker. So many people say that, but I am genuinely a hard worker. I wake up at 5 a.m. every day and put the work in to perfect my craft. You should select me because I do that and want to get better every day to become the best I possibly can become."