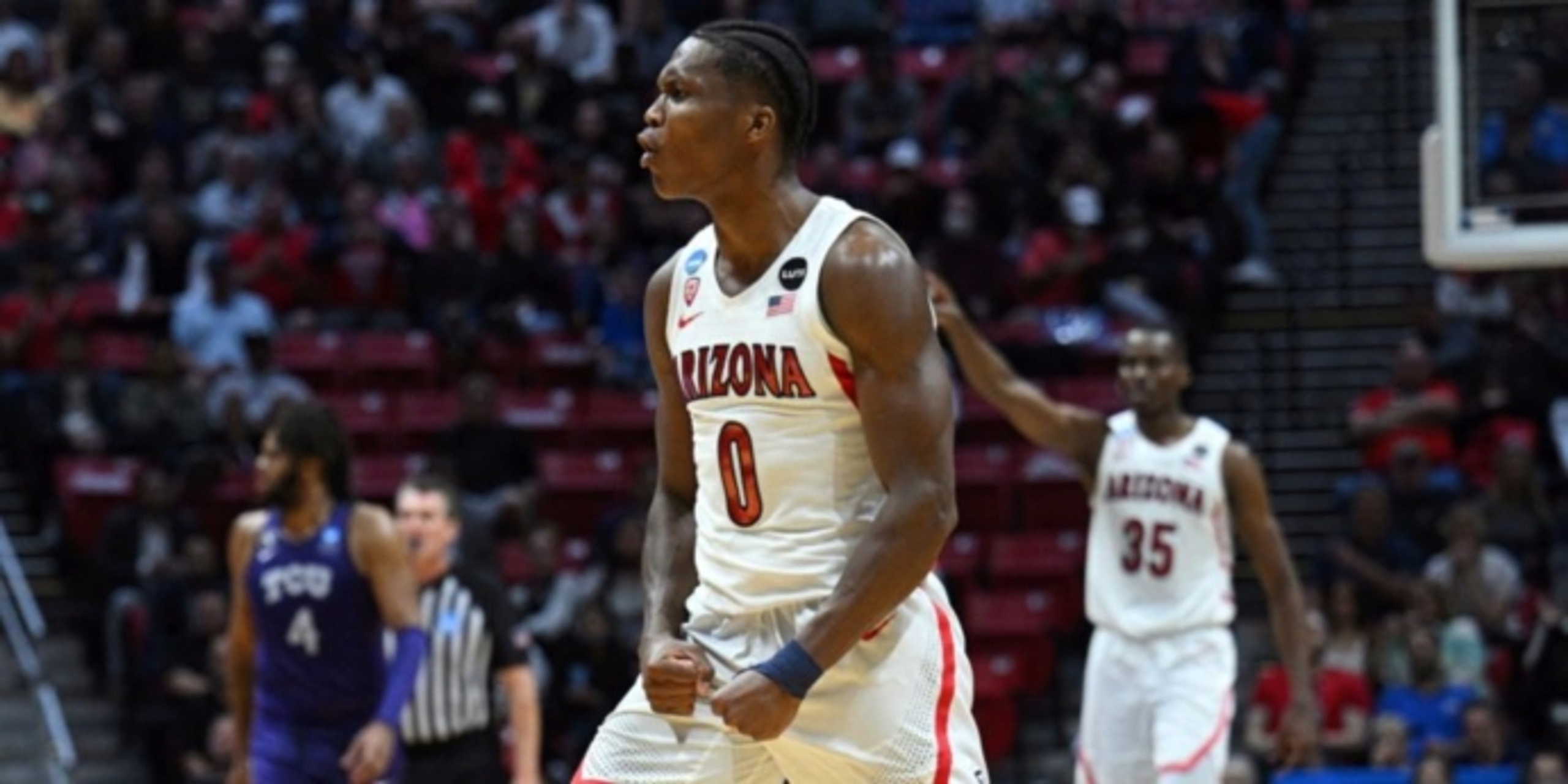 Bennedict Mathurin bet on himself entering his sophomore season at the University of Arizona.

As an end result, he’s reaped huge benefits, with his stock now exploding going into the 2022 NBA Draft.

Mathurin helped lead the Wildcats to a resurgent season, as he averaged 17.7 points, 5.6 rebounds, 2.5 assists and 1.0 steals per game on a 57.6% True Shooting percentage. Mathurin’s rise helped him earn Pac-12 Player of the Year honors, and along the way he displayed why he’s such a perfect fit within today’s modern pace-and-space game.

Offering endless versatility on both ends of the court with explosive athleticism, Mathurin’s name is one of the hotter ones in the draft class right now. Mathurin met with the Indiana Pacers, Portland Trail Blazers, New Orleans Pelicans, Minnesota Timberwolves and Toronto Raptors at the NBA Draft Combine.

Mathurin’s immense upside as a three-level scorer and lockdown defender has him slotted at No. 7 overall to the Blazers in BasketballNews.com's latest mock draft via our Sr. NBA Draft Analyst, Matt Babcock:

There is a lot to like about Bennedict Mathurin. At 6-foot-5 or so, he has a valuable combination of attributes. He has a sweet outside stroke, is a high flyer and is an alpha dog. He would have had a chance to be a first-round pick if he had declared to enter last year’s draft. Instead, however, he chose to bet on himself and return to Arizona for his sophomore season. I expect Mathurin to be selected in the lottery on draft night, so it’s looking like his decision to return to school is about to pay off big time.

That alpha-dog mentality from Mathurin is what makes him stand out most, because those are the traits you want to bet on most in prospects. Taking developmental leaps in his game every season, Mathurin believes his shooting and defense are his true calling-card attributes.

“I think my shooting is the biggest part of my game,” Mathurin said. “I think I’m a two-way player. I think I’m able to showcase to get a stop defensively. I give them 30 seconds and we get the (win) because I get a stop or offensively, because I’m able to shoot the ball and just have an impact in both ways.”

Another promising part of Mathurin’s offensive development is being able to take pressure off the offense as a secondary playmaker. It wasn’t displayed much throughout Mathurin’s collegiate career, but he’s eager to prove that it can quickly become a fortified tool in his arsenal.

“Often, teams have been asking me what are things I wanted to showcase, and (playmaking) was definitely one thing," Mathurin said. "I feel the USC game (6 assists with only a single turnover) I think a lot of people started noticing I was able to pass the ball. We played in a different kind of system where we have guards — already one of my biggest strengths is to score the ball, so I just did what the team needed me to do in order for us to win.”

There aren't many holes to poke in the game of Mathurin, which is why this late buzz around him is well-deserved.

Offering a tantalizing two-way package with much more room to grow physically, don’t be surprised if Mathurin is a pick we look back on a few years from now as a home-run hit wherever he lands next month.