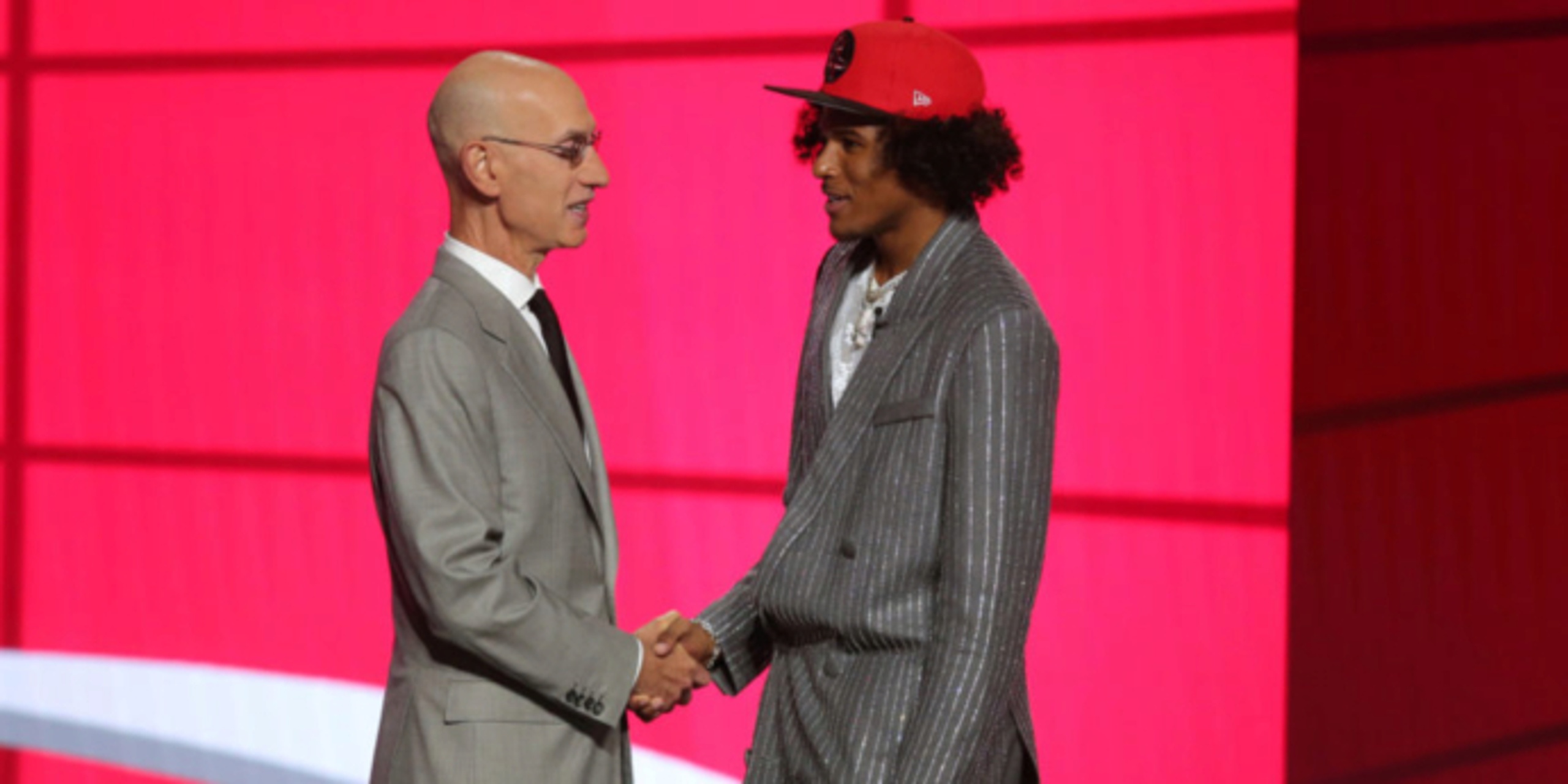 2021 NBA Draft: Analyzing how Jalen Green fits with the Rockets

With the No. 2 pick in the 2021 NBA Draft, the Houston Rockets selected guard Jalen Green from G-League Ignite. Green’s scoring potential is immense.

In Houston, he will lead the Rockets into a new era, replacing James Harden as the team's new face of the franchise. BasketballNews.com's NBA Draft Writer Derek Murray breaks down how Green’s fit with Houston in 2021 and beyond.

What are your thoughts on the fit between Kevin Porter Jr. and Jalen Green?

Jalen Green and Kevin Porter Jr. would give Houston an absolutely incredible, athletic combination of guards. I imagine those two could play off of one another very well, with their ability to make plays and create shots.

What role do you envision for Green next season?

Similar to Cade Cunningham in Detroit, I believe that putting Green on the floor early and often is going to be key for Houston. Green showed us in the G-League Bubble that he is already able to keep up with the speed of an NBA game. His year-one role construction intrigues me due to the way that Houston’s roster will look next season, generally speaking. With Kevin Porter Jr., John Wall, Eric Gordon, and D.J. Augustin under contract this year, as well as Avery Bradley having a player option, he will likely get to play in a handful of different lineups.

I would like to see Green in a facilitating, on-ball role in spurts because I think the ability to do so opens a whole other layer to his game, but his immediate role will likely be as a volume scorer at shooting guard.

Can Green be a franchise-changing player who Houston can build their future around?

Yes, they are all-in with the idea. There is a reason that Jalen Green has been thought of, by many, as the best player in the world at his age for years. Volume scoring is one of the most important (if not the most important) skills in superstars. With proper development, the sky is the limit for him.

If Green hits his max outcome, we are probably looking at a top-10 player in the league. Green’s combination of athleticism and volume scoring are unique, and as he improves as a facilitator, he’s an absolute game-breaker.