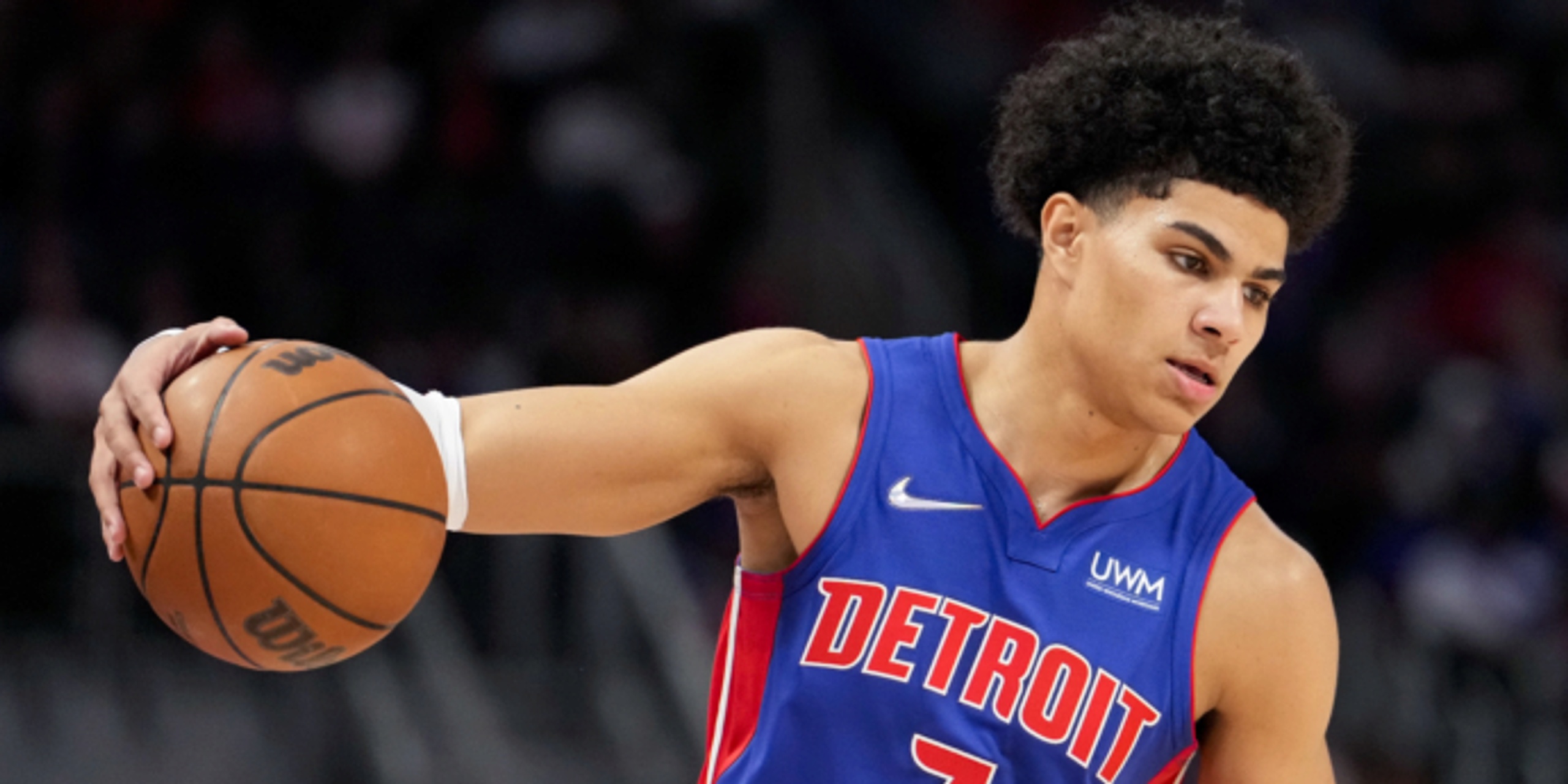 Everyone enters NBA Summer League with something to prove.

For rookies, it's their first opportunity to show they belong at the highest level of professional basketball. To veterans, it's a chance to assert themselves, showcase their development and prove that they deserve a roster or increased minutes in the rotation.

Even in the relative nonchalance of the Las Vegas heat, for some young talents, the next 11 days will take on extra significance. For 10 in particular, this is a pivotal offseason for their pro career, and a standout Summer League could put them on a much-needed course correction.

I did not list any rookies here; it's their first shot in the league, so it's a bit unfair to stamp such high stakes on their inaugural action. Everyone on this list has at least a year of NBA experience under their belt, and one has been around the league for close to a decade. Beyond the top prospects, here are some players you should keep an eye on as they make their cases during Summer League.

Caboclo is one of the most experienced players on this summer's rosters. The No. 20 overall pick in the 2014 NBA Draft, Caboclo is remarkably still just 26 years old, but spent seven seasons with six teams in the NBA before suiting up for Sao Paulo FC in Brazil last year.

This is probably one of Caboclo's last shots at sticking in the league. He has averaged double-digit minutes per game just once in seven years, when he put up 8.3 points and 4.6 rebounds across 23.5 minutes per game with the Memphis Grizzlies in 2018-19. He's far from the intriguing, raw prospect he was when entering the Association, so if Caboclo is going to earn a roster spot, even on a G League team, he has to show out.

Several other prospects enter Summer League in a similar situation. DJ Wilson (Raptors) and Chandler Hutchinson (Hawks) were first-round picks in the 2017 and 2018 NBA Drafts, respectively. They played 10 NBA games combined in 2021-22.

Love this sequence from Usman Garuba. Does a brilliant job of switching onto Carsen Edwards, moves over to swat the ball loose from the ball-handler, and then pushes it up the floor in transition. pic.twitter.com/WDfKs6cdG6

Jalen Green backed up his No. 2 overall draft slot with a stellar finish to last season, landing on the All-Rookie First Team. Alperen Sengun dazzled fans with his passing and put up 11.7 points, 7.0 rebounds and 2.7 assists per game after the All-Star break. Josh Christopher battled typical rookie inconsistencies, but closed out his year with three games of 20-plus points in his last seven contests.

Houston's fourth 2021 first-round pick, however, went relatively unnoticed. Usman Garuba appeared just 24 times and averaged 10 minutes per game. He was billed as a versatile defender who could pair with Sengun, but injuries slowed his progression, though he flashed promise in limited G League action.

Sometimes, rebuilds move too quickly for player development to keep up. Houston drafted Jabari Smith Jr. with the third overall pick and Tari Eason at No. 17. Both figure to occupy one, if not two, forward spots, with Kenyon Martin Jr. and Jae'Sean Tate firmly in the mix as well. Garuba must demonstrate a stable offensive floor to balance his stellar defensive tools. I'll be interested to see how he's used in Las Vegas as a smaller center.

Yeah , I asked to play. Nothing like getting reps and rhythm during the summer against competition and connecting with our new rooks 🤟🏽

Markelle Fultz, Cole Anthony and Jalen Suggs have graduated from Summer League play. Hampton is the lone young Magic guard returning to the roster. Orlando acquired the high-flying playmaker in March 2021, but he hasn't synced up with his backcourt mates quite yet, and playing time will only grow more scarce as the core improves.

The 21-year-old has just struggled to score efficienctly at any level. Despite his athleticism and power, Hampton made just 52.5% of his attempts at the rim last season and finished with a 48.1% True Shooting percentage.

In a featured role with this Magic summer group, he needs to display some takeover playmaking ability and consistent shotmaking. Hampton seems to be embracing the extra reps, which offer a promising chance for him to ball out with No. 1 pick Paolo Banchero.

Our Nekias Duncan highlighted Hayes' solid end to the 2021-22 season. Though the overall stats might not show it, the former No. 7 pick did take meaningful strides as an off-ball player next to Cade Cunningham and a downhill driver when he had opportunities. Duncan also called Hayes "one of the most underrated guard defenders in the sport already."

That didn't stop Detroit from selecting Jaden Ivey to be Cade Cunningham's backcourt partner. Hayes is still very much part of a talented Pistons core, but his long-term projection with the franchise is murky right now. A standout effort in Vegas could solidify his standing, not only in the rotation, but also in the eyes of other teams around the league.

Most expected Jones to be more of a developmental draft pick when Charlotte selected him No. 19 overall last year. He played just 63 total minutes with the Hornets and appeared in eight games for the G League affiliate Greensboro Swarm. Then, the Hornets went back to the NBA Draft for frontcourt help, selecting Mark Williams at No. 15 overall a few weeks ago.

What does this mean for Jones? Summer League head coach Jordan Surenkamp said more time at the four might be a possibility:

"Yeah, I still think that's up in the air. I think it kind of depends on what we're looking at from an organization standpoint in terms of rotations and things like that," Surenkamp said. "But like I said, he's been very willing to play at that position so far just as much as he has been at the five, which is more of what he's done in this league up to this point. In terms of how many minutes and how often, those are still things that are up in the air. Those are conversations that we'll have before Friday."

I'm admittedly a skeptic toward this type of role shift for Jones. But Summer League is an excellent laboratory for him and the Hornets to try out the fit.

And y'all expect me to quit Poku lol TUH pic.twitter.com/2vRTHbLWrO

One of the most unique players in the entire NBA enters his third season with the Thunder. But this will actually be Pokusevski's first NBA Summer League experience after OKC decided not to have him join the team last year (and there was no competition in 2020).

Pokusevski has his staunch advocates and critics on either side after another up-and-down season in 2021-22. But he was much better after the All-Star break, averaging 12.4 points, 7.2 rebounds and 4.3 assists across 19 games. Poku still has a ways to go in his individual development, and the Thunder have shown a willingness to be patient as the seven-foot wing progresses. A strong summer showing against less experienced competition would help justify the franchise's belief in him.

Paul Reed dropped 20 PTS and snatched 15 boards in Game 1 of the Salt Lake City Summer League for the @sixers!

Big-man depth behind Joel Embiid and Tobias Harris was one of the more pressing concerns for the 76ers in the postseason, and the franchise has done nothing in the offseason to bolster their bigs so far. For now, the responsibility falls on Reed and/or Charles Bassey to take the mantle as a backup.

At 6-foot-9 and 210 pounds, Reed has a bit more in his tool kit offensively then Bassey and really battles hard on the glass. This is an atmosphere where he can physically dominate. Reed already posted 20 points and 15 rebounds in a Salt Lake City Summer League showing against the Grizzlies.

The No. 35 pick from the 2020 NBA Draft logged a really solid rookie season with Memphis, but saw his playing time and efficiency scale back in 2021-22. Tillman struggled to finish at the basket and lost the flashes of three-point promise that appeared in his first year. With Brandon Clarke surging back as a notable piece, Jaren Jackson Jr. healthy and Steven Adams locked in at center, Tillman only had scraps of big-man minutes left over.

However, he's still a notable Grizzlies prospect. Tillman is the type of multifaceted big defender that today's game craves, and he can rebound and pass well for his position. Like Reed, Tillman has the chance to impose his will inside against younger, leaner Summer League players, and he can state his case for more playing time to the team.

Brandon Williams has been lighting it up for the @trailblazers! He dropped a career-high 27 points in his first career start last night - his second consecutive 20+ point game. 💪 #GLeagueAlum pic.twitter.com/WYteuaeBWm

Lost in the Trail Blazers' aimless second half was the emergence of Williams, an undrafted rookie guard whom Portland locked up on a two-way contract in February. He had played just two NBA games before the All-Star break, but averaged 13.7 points, 4.2 assists and 3.3 rebounds per game in 22 contests afterwards. Nekias Duncan even highlighted him in that same piece for his pick-and-roll passing promise.

Was Williams' opportunity solely because Portland was marred with injuries and well out of the playoff picture? Or does he have a real chance at a rotation spot this season? It's admittedly tough to envision with Damian Lillard getting healthy, Anfernee Simons secured on a lucrative extension and Keon Johnson on the rise. But there's no better case for Williams to assert his talent than at Summer League.

Here is the full update from Jama Mahlalela on James Wiseman and Jonathan Kuminga. Said Wiseman probably won’t play on Friday, “but I’d definitely imagine in the next few (summer league) games we’ll see him.” pic.twitter.com/FxLFQJ71Bn

Warriors Summer League coach Jama Mahlalela said that he expects Wiseman to participate in Vegas at some point. It's been a long road of recovery for the 2020 No. 2 overall draft pick, who missed all of last season while rehabbing a torn meniscus. Wiseman's absence has fueled a chorus of critics to question his place with the defending champions.

Obviously, there's only so much Wiseman can do here as he continues to focus on his body. NBA training camp and the actual season far surpass any importance Summer League can provide. But if Wiseman does make appearances over the next two weeks, he'll assuredly be one of the summer's most-discussed players.