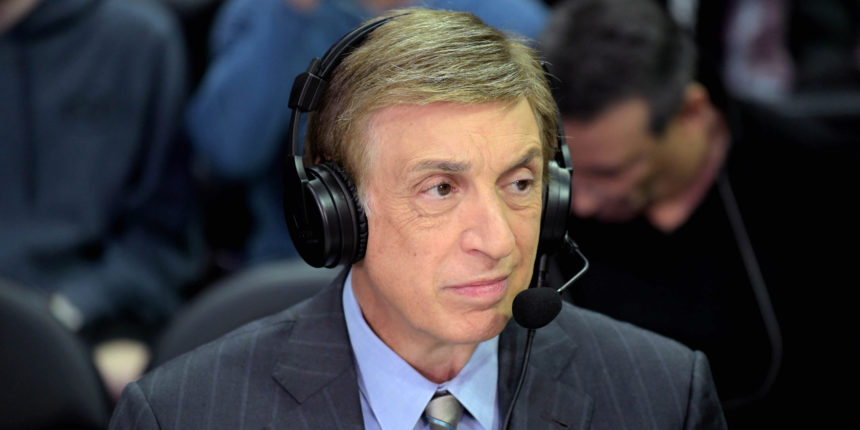 Albert will call the series for TNT. He has been with Turner Sports for 22 years, 19 as an NBA play-by-play announcer.

Albert, known for his signature “Yes!” call, turns 80 next month. He has covered everything from football and boxing to hockey, baseball and tennis.

But he is linked most to basketball, having called 13 NBA Finals and 25 All-Star Games for NBC and Turner, along with the Dream Team's romp to the gold medal in the 1992 Barcelona Olympics.

“There is no voice more closely associated with NBA basketball than Marv Albert’s,” NBA Commissioner Adam Silver said in a statement released Monday by Turner Sports.

Albert began his Hall of Fame career in 1963 in radio, becoming the voice of the New York Rangers in 1965 and the Knicks two years later. He began doing Knicks games on TV for MSG Network in 1986.

“My 55 years of broadcasting the NBA has just flown by and I’ve been fortunate to work with so many wonderful and talented people," Albert said. “Now, I’ll have the opportunity to hone my gardening skills and work on my ballroom dancing.”