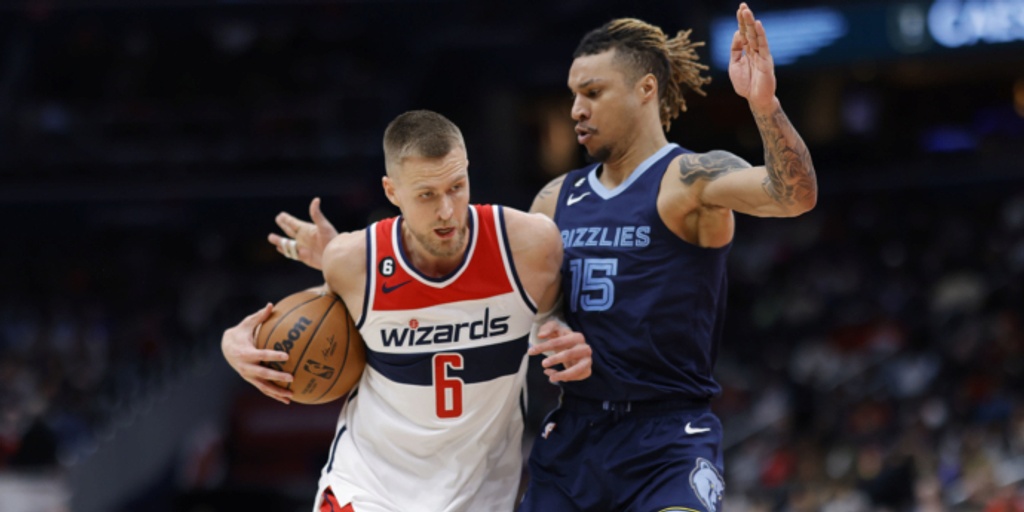 The Wizards swept a weekend back-to-back against Utah and Memphis, two of the Western Conference's top teams in the early going this season. Washington did that without Bradley Beal, who is still getting back into playing shape after going through health and safety protocols.

Memphis was missing key players as well, with Ja Morant out because of left ankle soreness and Desmond Bane unavailable because of right toe soreness.

“I'm proud of the way the guys fought,” Memphis coach Taylor Jenkins said. “Wizards always had an answer for everything we had tonight.”

Kyle Kuzma had nine points and 11 rebounds for Washington, which went on an 11-2 run near the end of the third quarter to extend what had been a one-point lead. The Wizards led 85-78 in the fourth when Will Barton dunked to push the advantage to nine. That was the start of an 11-4 spurt.

The Wizards and Grizzlies split two games a week apart. Memphis won 103-97 at home the previous Sunday with Bane and Morant combining for 51 points. That was Washington's last game before the beginning of this winning streak.

Washington went 19 of 40 from 3-point range, with Porzingis making a team-high six. Jordan Goodwin went 3 of 4 from beyond the arc and finished with 10 points.

Memphis was just 9 of 28 from long range.

Porzingis made five of his 3s during a 19-point first half.

“I think he likes the way we play. It kind of fits his style of game,” Unseld said. “When we space the floor correctly, and when we do move the ball, who wouldn't want to play that way?”

“Just confidence,” teammate Monte Morris said. “When you've got confidence, and you've got, already, hoop game on you, it's just going to take your talent and your level to another level, and I think these last few games, he's stepping up now in shots. He's not second guessing it. He's shooting his shot, and he's also defending.”