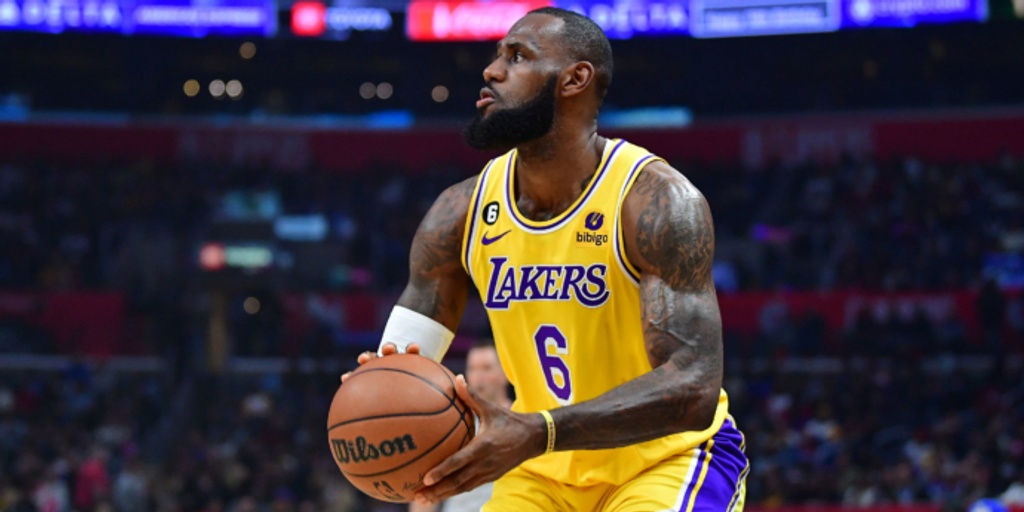 LeBron James could return to the Lakers' lineup later this week

LOS ANGELES (AP) — LeBron James could return to the Los Angeles Lakers' lineup later this week as he recovers from a groin injury.

James missed his second straight game with a left adductor strain when the Lakers hosted the Brooklyn Nets on Sunday. James is day-to-day with the strain, which occurred last Wednesday during the fourth quarter of the Clippers’ 114-101 victory over the Lakers.

Coach Darvin Ham said James could return to the practice report by the middle of the week. The Lakers' next game isn't until Friday against the Detroit Pistons.

“I think him being out is just as much precautionary. We're only 12 games into the season. There's 70 games left to be played here,” Ham said. “We have a favorable schedule where he can sit. We feel good about that, knowing he's had these days to not put any pressure on it, but strengthen it and treat it to the point where he's able to get back out there.”

An MRI exam on James revealed no tears in his adductor muscle. James said after the Clippers' game that the injury wasn’t as significant as his groin strain on Christmas 2018 during his first season with the Lakers. That injury sidelined him for a month.

James is the Lakers’ leading scorer with 24.9 points per game despite persistent pain in his left foot that forced him to miss Los Angeles’ loss to Utah on Monday. James is also contributing 8.8 rebounds and 6.9 assists per game in his 20th NBA season.

Despite James’ strong play, the Lakers have the NBA’s second-worst record at 2-10.