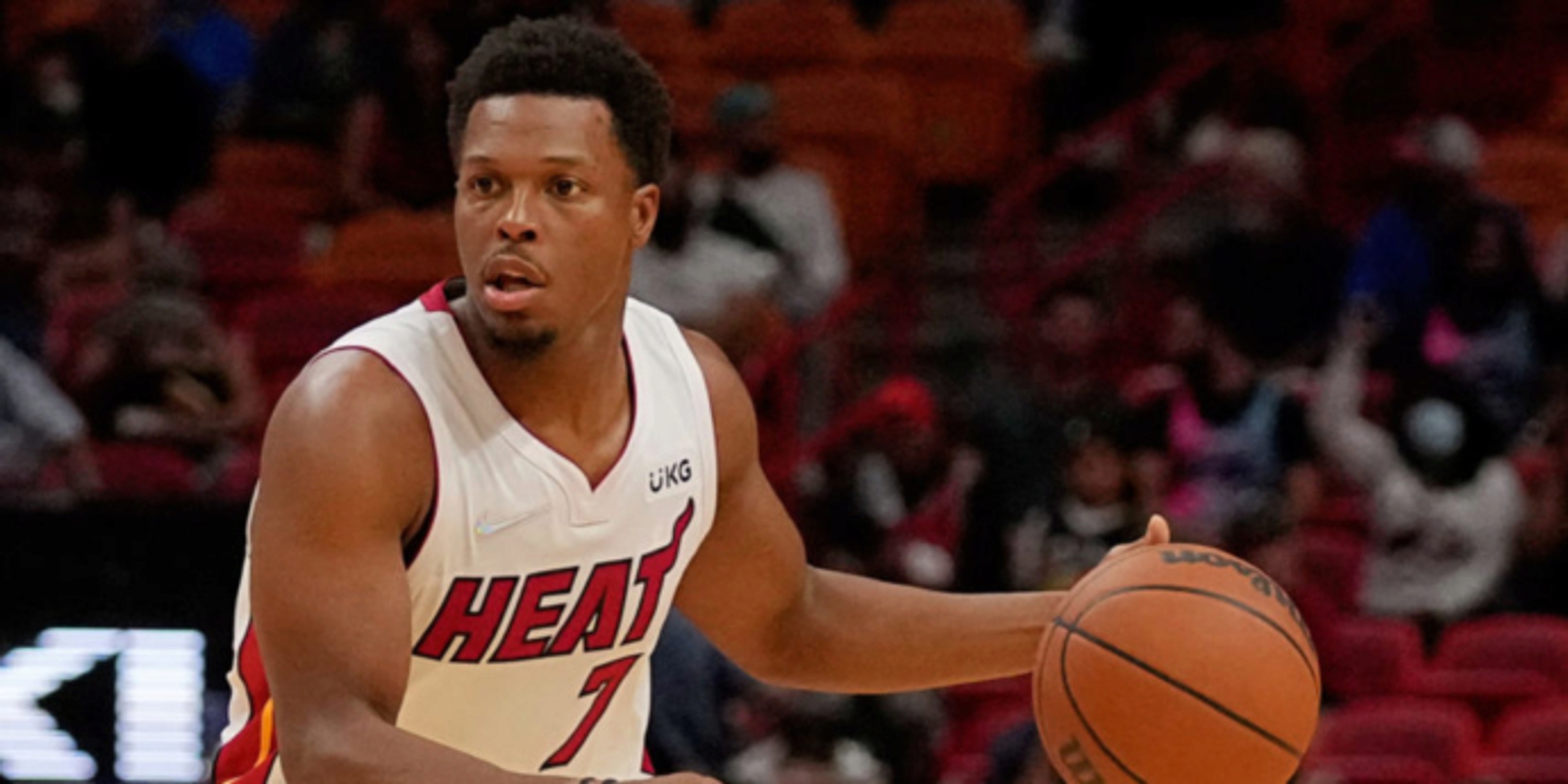 With Lowry, Heat hoping for run back to NBA title contention

Kyle Lowry has been teammates with many of the best players in the world. He won an NBA championship in Toronto. He helped the U.S. capture an Olympic gold medal five years ago. He’s been to the All-Star Game six times.

When he gets around such players, he always sees the same thing.

Talent, Lowry insists, isn’t enough to win. But talent and smarts -- the combination that he believes exists with the Miami Heat -- can take a team a very long way That’s why he’s in a new uniform for the first time in nearly a decade.

Lowry is Miami’s new point guard, forming a trio with Bam Adebayo and Jimmy Butler that the Heat hope will be enough to get them back into title contention.

“He’s just a great winner,” Heat coach Erik Spoelstra said of Lowry. “He knows how to impact winning. You can look at all the accolades, he’s a decorated player, and all of it is earned. But when you weave through all of that — the All-NBA’s, the All-Stars, the Olympic team, all of this stuff — it really boils down to him finding a way to impact winning, and he does it on both ends of the court.”

The Heat are barely more than a calendar year removed from going to the 2020 NBA Finals; that series ended Oct. 11, 2020. But last year’s team never got firing like that one did, and wound up getting swept in the first round by eventual NBA champion Milwaukee.

So, Miami spent the summer getting tougher. Lowry was acquired from Toronto in a deal that sent Goran Dragic to the Raptors. The Heat added rugged forwards P.J. Tucker and Markieff Morris as free agents, ensured Butler wouldn’t be free anytime soon by getting him to sign an extension and kept sharpshooter Duncan Robinson around with a new deal as well.

Tucker, Morris and Lowry all have NBA championships. That wasn’t lost on Robinson.

“They have experience and championship pedigree,” Robinson said. “They all have their own games and what they bring, but from an approach standpoint, they have a common thread. Miami, as an organization, we have a very clear vision of how we want to be how we want to play. I feel like this team, as much as any team I’ve been on here in Miami, aligns with that vision really, really well.”

Between Lowry, Butler, Adebayo and Robinson alone, the Heat have committed — just in the last 12 months — more than $500 million in contracts. All are locked up for at least the next three seasons, while Robinson is for four and Adebayo for five. Tyler Herro is extension-eligible after this season and the Heat remain quite high on his potential, so it’s possible that the current core could be Miami’s core for years to come.

Spoelstra should move into the top 25 of all-time winningest NBA coaches this season. He’s currently 27th with 607 wins, six behind Mike Dunleavy and 21 behind Doug Moe. He’s also one of only six coaches ever with at least 607 wins, a .589 winning percentage and 85 playoff victories -- a club alongside Phil Jackson, Gregg Popovich, Red Auerbach, Jerry Sloan and Heat President Pat Riley.

Lowry is listed at only 6 feet, though he could give Miami a rebounding boost this season. Among players 6 feet or shorter, only Chris Paul has more rebounds than Lowry in NBA history. Lowry has averaged 5.2 rebounds per game over the last four seasons and may help a Heat team that ranked 24th in the NBA in rebounds per 100 possessions last season — 29th overall in total rebounds.

With Adebayo being part of the team that won gold this past summer at the Tokyo Games, the Heat now have three current players who can say they are Olympic champions. Butler and Lowry were teammates on the team that won gold for the U.S. at the 2016 Rio de Janeiro Olympics. Miami is one of four teams to currently have at least three gold medalists, joining the Los Angeles Lakers, Brooklyn and Golden State.

The start of the season will be daunting and potentially telling for the Heat. Miami begins with a 13-game stretch against 12 different teams that won nearly 60% of their games last season. The Heat went 11-23 against those 12 teams last season and were outscored by 7.5 points on average in those contests, including playoffs. They were also a combined 0-8 against Dallas, Denver, Memphis and the Los Angeles Clippers. Against all other clubs last season, Miami went 29-13.