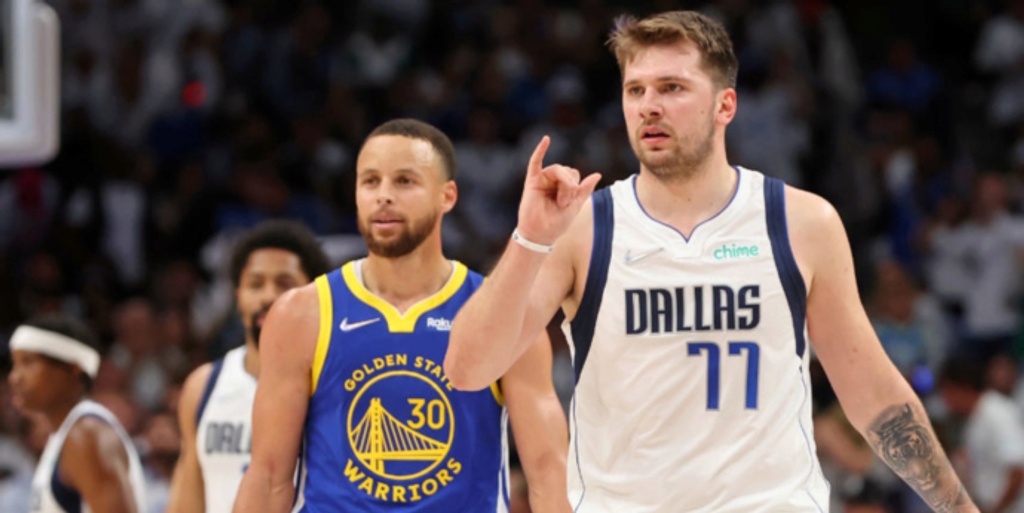 The Golden State Warriors find themselves in familiar territory after failing to close out a series on the road and hope for familiar results when they return home.

For the third straight series, the Warriors lost their first chance to advance while playing on the road. But they can make it to their sixth NBA Finals in the past eight years by finishing off the Dallas Mavericks at home in Game 5 of the Western Conference finals on Thursday night.

The Warriors managed to rebound after those slipups in the first two rounds against Denver and Memphis and are hoping for a repeat after losing 119-109 at Dallas on Tuesday night when the Mavericks got off to a fast start and didn't slow down until the fourth quarter.

“It’s a good lesson learned,” guard Stephen Curry said. “You tip your hat to them because they made a lot of shots. We had a couple breakdowns in our zone that gave them easy looks, and they made us pay. We knew to close them out, it’s going to be tough. So you’ve got to strap up on defense. When we go home, Game 5 and figure out how to slow them down, especially in the first quarter.”

The Mavericks have staved off elimination three times this postseason, winning Games 6 and 7 against Phoenix in the second round and then again against the Warriors in Game 4. None of the games have been particularly close, with Dallas outscoring the opponents by 70 points in the three wins. Luka Doncic has led the way with 98 points and 35 rebounds in the three wins but says the key has been aggressiveness on offense and more commitment to defense.

“We’ve got to believe,” Doncic said. “I think our defense was way better today, and I think we attacked the paint. Those two things are key, and that’s what we’ve got to bring to San Francisco.”

The Warriors got back into the game in the fourth quarter thanks to a young lineup featuring 22-year-old Jordan Poole and 19-year-old rookies Jonathan Kuminga and Moses Moody. That trio, along with Nemanja Bjelica and Damion Lee, cut a 29-point deficit to eight points in the first 8:38 of the fourth quarter before Curry and the starters began to return.

The Mavericks closed it out from there but the flashes from the young group could earn them more time. Kuminga hadn't played at all the previous two games before scoring 17 points in just under 22 minutes in Game 4.

“It was great because they had an opportunity to go out there and make their presence felt, impact the game, build some confidence and some experience in this series and what it feels like to be out there,” Curry said.

It's been a up-and-down series for Dallas' Reggie Bullock and getting the best version of him will be key if the Mavericks want to stay alive. Bullock made six 3-pointers and scored 21 points in a Game 2 loss before becoming the fifth player since at least 1968 to take at least 10 shots and score no points in a playoff game.

Bullock responded in Game 4 by making 6 of 10 3-pointers and scoring 18 points. That took pressure off Doncic, along with bounce-back performances from Dorian Finney-Smith, who had 23 points on 9-of-13 shooting, and Maxi Kleber, who went 5 for 6 for 13 points after missing 12 of 14 shots the first three games.

“We just made shots and we also was getting stops, so we got the chance to play a little faster, and we got them open shots early in the shot clock and not like end of the shot clock trying to shoot a bomb,” Finney-Smith said.

No team has ever rallied from 3-0 down to win a best-of-seven playoff series in NBA history and even getting it back to Dallas for Game 6 would be rare. Of the 146 previous teams to take a 3-0 lead, 90 finished off the series with a sweep with 42 more winning it in five. With a win Thursday, the Mavs would be the 12th team to force a Game 6 and only three teams have gotten to a Game 7 before losing.