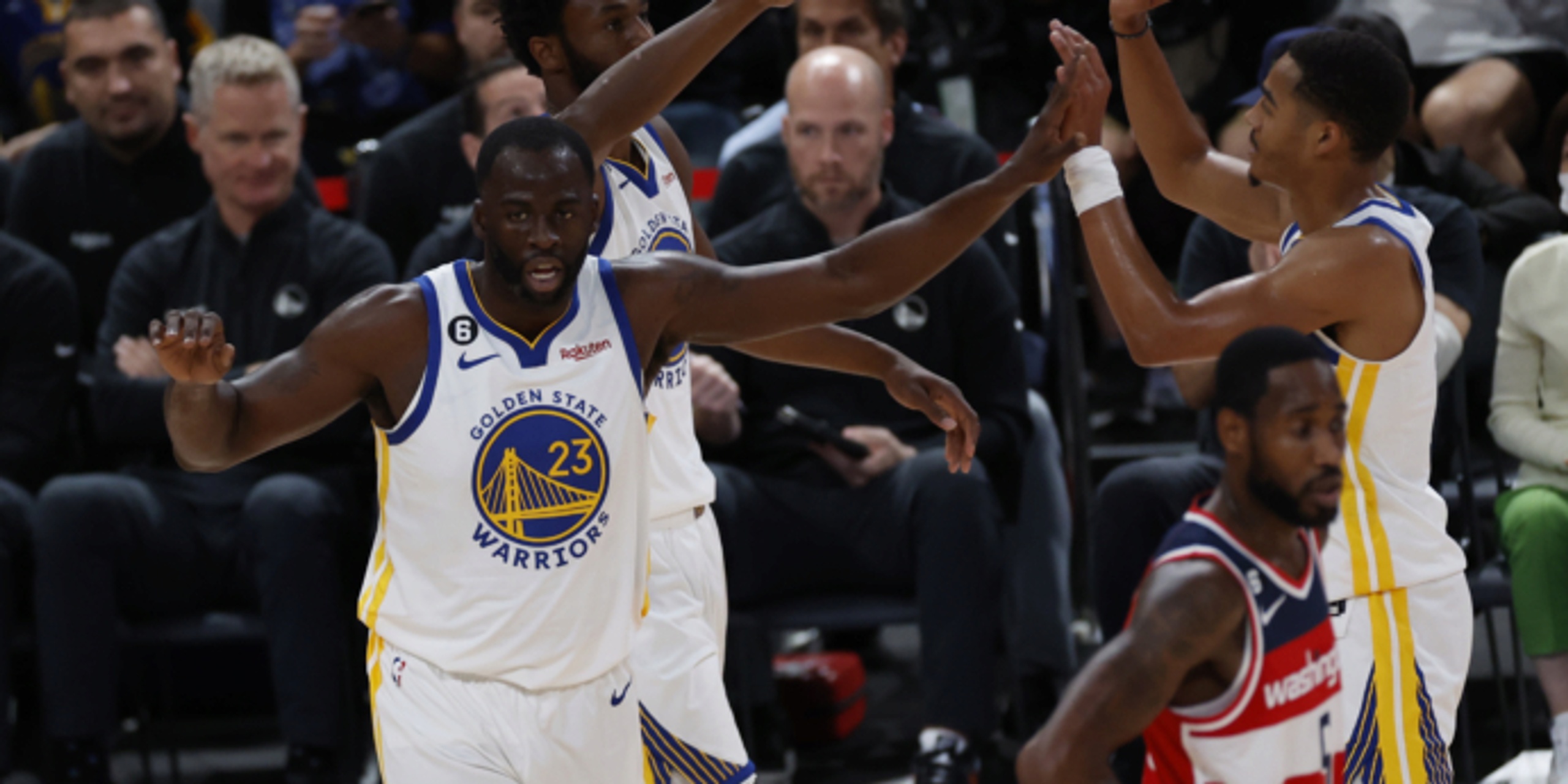 Poole practiced Thursday while Green didn't, and Myers said any potential discipline would be handled internally. Warriors coach Steve Kerr said Green will be away from the team again Friday and expects him to return Saturday.

NBA Finals MVP Stephen Curry said he didn't know what triggered the issue between Green and Poole and noted “it is possible to get through things like this,” and called it his job not to let it break the team.

“Jordan has been fantastic throughout camp," Kerr said. “Someone put out there that Jordan had an attitude in camp, nothing can be further from the truth. He's been fantastic. Disappointing to see misinformation out there but I wanted to make sure I set the record straight on that. Everything else we will handle internally and go from there.”

“Everybody's fine,” Myers said, saying the team is lucky nobody got hurt. “Look, it's the NBA, professional sports, these things happen. Nobody likes it. We don't condone it, but it happened.

The Athletic first reported the scuffle, saying Green struck Poole. Myers said “space is good” regarding Green not practicing and going home after he addressed the team.

Curry said “JP's been great and there's nothing that warranted the situation yesterday.”

Curry added one of Green's “superpowers is bringing his fire, competitiveness and voice." Regarding the apology, “it's necessary but you'd have to ask every guy individually how they received it, JP especially,” Curry said.

“The vibe today in practice was great, trying to take advantage of this week and make it about basketball and our preparation for the season,” Curry said. “It's obviously an unfortunate situation getting asked about it and a situation that could have been avoided but there's a lot of trust in the fabric of our team, who we are, who we know those two guys to be and how we'll get through it and try to continue to make it about playing great basketball. The personal dynamics and stuff will work themselves out. That's part of the culture that we've built here. I like how we responded today, we had a great practice, good energy. Try to keep that as the focus as we move forward.”

The fiery Green, a four-time NBA champion and four-time All-Star, has long been considered the emotional leader of the Warriors. He's been willing to get into it with his teammates when he feels it's appropriate. There is a “tough love” element to every team, Myers said, noting “Draymond is absolutely a leader on this team."

Green regularly pushes the league limit for technical fouls. He was suspended one game without pay in November 2018 for conduct detrimental to the team following an altercation with Kevin Durant. Green also sat out Game 5 of the 2016 NBA Finals for an accumulation of flagrant fouls.

“It's unfortunate, I'm not going to deny it," Myers said about the latest incident. “It'll take some time to move through, but we'll move through it and move forward and I'm confident that we will. We've got a good team, we've got good leadership, we've got some guys that have been here a long time.”

Poole’s representatives are in discussions with Myers about a contract extension ahead of the Oct. 17 deadline, one day before the defending NBA champions open the season at home against the Lakers.

Both Poole and Andrew Wiggins insisted on media day their unsettled contract situations were not the top thing on their mind going into the preseason. Myers said he didn't consider this dustup as something that was about “who's getting paid and who isn't.” Curry agreed.

Golden State is back in the Bay Area this week and on the practice floor in San Francisco after a pair of preseason wins in Japan against the Wizards.

Myers doesn't expect the incident to have a lingering effect.

“First, like anything you want to make sure everybody's OK, that's the No. 1 thing,” Myers said. “After that, nobody likes these things, so how do you move forward? There’s a process to these things, there's apologies, there's time.”