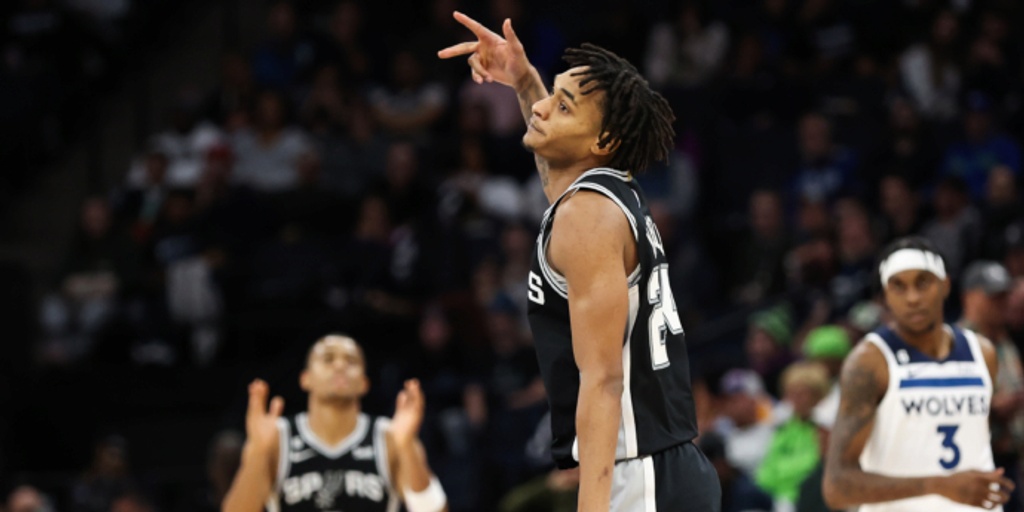 The Spurs jumped out to a 20-point lead in the second quarter and expanded the lead to 35 points early in the fourth quarter before the Timberwolves rallied.

Karl Anthony Towns had 27 points and 11 rebounds for the Minnesota.

While Minnesota was playing the second game of a back-to-back, Towns will unwilling to let that be an excuse.

“Challenging or not, that’s what we get paid to do is play,” he said. “We don’t make the schedule, we play the schedule. If they say it’s a back-to-back, it is what it is.”

Anthony Edwards also had an off night.

“I think it’s all on me tonight,” Edwards said. “I came out with no energy at all. I tried to find some in the second quarter, couldn’t get any and it just carried over to the next half.”

Minnesota coach Chris Finch was unhappy with how Minnesota started both halves.

“We start with a great first possession of the game and then the next three possessions are all zero or one pass shots that led to run-outs,” he said. “Then we start the third quarter with much the same thing.”

The Spurs scored 39 points in the first quarter hitting 17 of their 27 shots (63%). Minnesota closed to within 10 at the half before San Antonio blew the game open in the second half. The Spurs outscored Minnesota 36-14 in the third quarter alone.

Even though Minnesota was down by more than thirty points in the fourth quarter, Chris Finch left the starters in the game. “I was just trying to get them to play together a little bit too, try to figure some stuff out.”

Despite the fact that Minnesota closed the final score to single-digits, Finch was very unhappy with his team’s effort and execution. “Right now, this team’s personality right now is kind of timid. For whatever reason, we finding our way and it’s not working, and we’re not fighting through that right now.”

Timberwolves: Minnesota shot 8-for-31 (25.8 percent) from beyond the arc ... Edwards had a plus minus of -14 and no Minnesota starter had a plus minus in positive territory ... The Spurs tallied 37 assists on 48 made field goals ... In addition to leading the Spurs in scoring, Vassell added nine rebounds and seven assists.

Spurs: At Minnesota on Wednesday night.