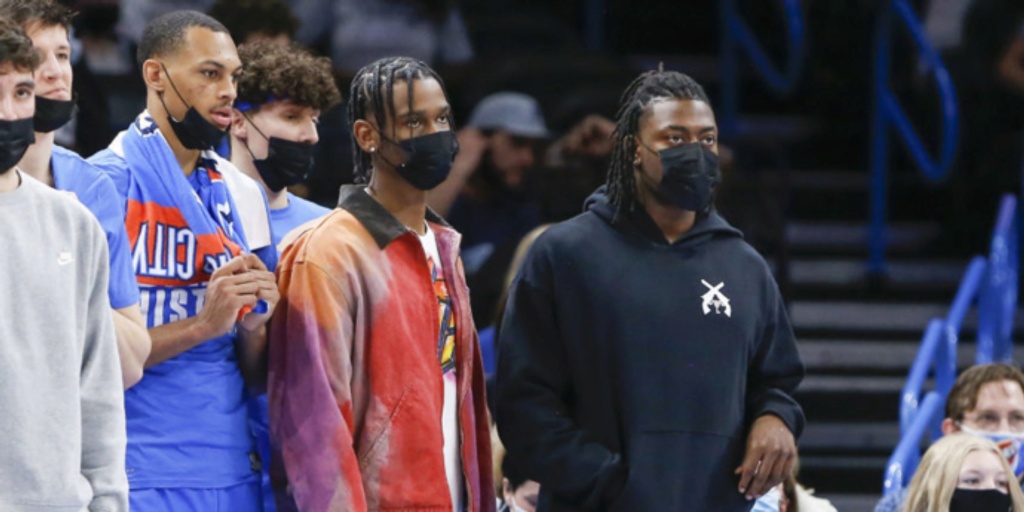 Lu Dort, Oklahoma City's No. 2 scorer, will miss the rest of the season after having surgery to address a cartilage tear in his left shoulder.

Dort joins reserves Ty Jerome and Mike Muscala as Thunder players who had procedures on Tuesday, the team announced.

Dort, a well-established defensive guard, stepped up his offensive game this season and averaged 17.2 points per contest. The team said he is expected to return to full basketball activities before next season.

Muscala, a power forward and center, had procedures to repair his injured right ankle. The crowd favorite averaged 8.0 points in 43 games and shot 42.9% from 3-point range. He is expected to return to full basketball activities prior to the start of the 2022-23 season.

Jerome, who plays guard and small forward, had surgery to repair a sports hernia. He averaged 7.1 points in 48 games. He is expected to return to full basketball activities in approximately eight weeks.

The Thunder already were without starting point guard Josh Giddey (right hip) and don't expect him back for at least a few weeks.