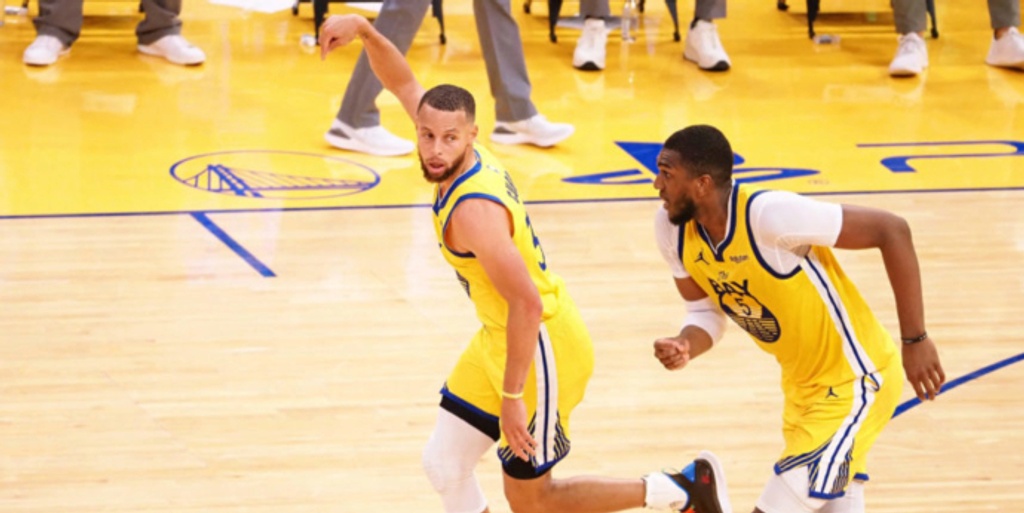 SAN FRANCISCO (AP) — Stephen Curry scored 32 points, Draymond Green had 19 assists and 12 rebounds, and the Golden State Warriors welcomed back fans for the first time since the pandemic began by beating the Denver Nuggets 118-97 on Friday night.

Nikola Jokic scored 19 points for Denver in a matchup of MVP candidates with Curry, who received a rare technical with 33.7 seconds left in the third when he wanted a foul call. Michael Porter Jr. led the Nuggets with 26 points, hitting seven 3-pointers.

Denver forward Will Barton went down 59 seconds into the game with a strained right hamstring and didn’t return. He hit the floor awkwardly on the baseline beneath the Nuggets basket.

Jordan Poole knocked down a corner 3-pointer to beat the buzzer ending the third as Golden State got another big boost fro its bench to win a third straight home game. Poole finished with 15 points and Kelly Oubre Jr. 23 in his new reserve role.

The Warriors began a stretch with nine of their final 13 games at home — where they hadn't played with fans in the building for 409 days. Attendance was 1,935, with the team having hoped for about 2,000 people.

Fans were greeted with a special video board message — welcome home — limited number of player family members and guests had been the only ones in attendance.

The depleted Warriors welcomed back Juan Toscano-Anderson from the concussion protocol. He entered at the 6:08 mark of the first quarter and contributed 10 points and eight rebounds.

Curry clearly loved having fans to entertain again, going through a dazzling warmup in which he kicked basketballs high toward the enormous video scoreboard and had fun — waving to a cheering group above the tunnel once done with his pregame work.

The two-time MVP took a moment before tipoff to thank the fans for their patience during this “unprecedented situation.”

"This has been a long time coming. We have felt this on the road a little bit. We’ve played in, I think, five or six arenas now that have had fans and we’ve been dying for our fans to be able to come into the building so this is a great night and a good sign of what’s to come. Obviously, we have to start slowly and I think there’ll be about two thousand fans tonight, from what I gather, and hopefully, this will go smoothly, but we’re so excited to just feel the energy that the fans are gonna bring.”

Anthony Calvo, 27, of San Ramon, was honored as the first fan back at Chase Center. New Warriors COO Brandon Schneider greeted him at the door about 4:50 p.m. after Calvo arrived to take his COVID test at 10:30 a.m.

An employee of the City of Redwood City who helps secure school supplies for teens in need, he planned to connect after the game with wife Kerissa for their planned Big Sur weekend getaway.

He received a No. 1 First Fan Back uniform and signed gear from the team.

Nuggets: Barton was injured on Golden State's home floor after Jamal Murray tore the ACL in his left knee late in the game here against the Warriors on April 12 and needed surgery. ... Denver had won its previous two on the road.

Warriors: F Damion Lee and G Kent Bazemore are both in the league's COVID-19 health and safety protocols. ... The Warriors didn't practice Thursday or hold a shootaround Friday and Kerr expects limited practices down the stretch to keep his team fresh. “The players need rest more than they need work at this point,” he said.

Nuggets: Host Houston on Saturday in a road-home back-to-back looking to sweep the three matchups this season with the Rockets.

Warriors: Host Sacramento on Sunday having lost four of five to the Kings.