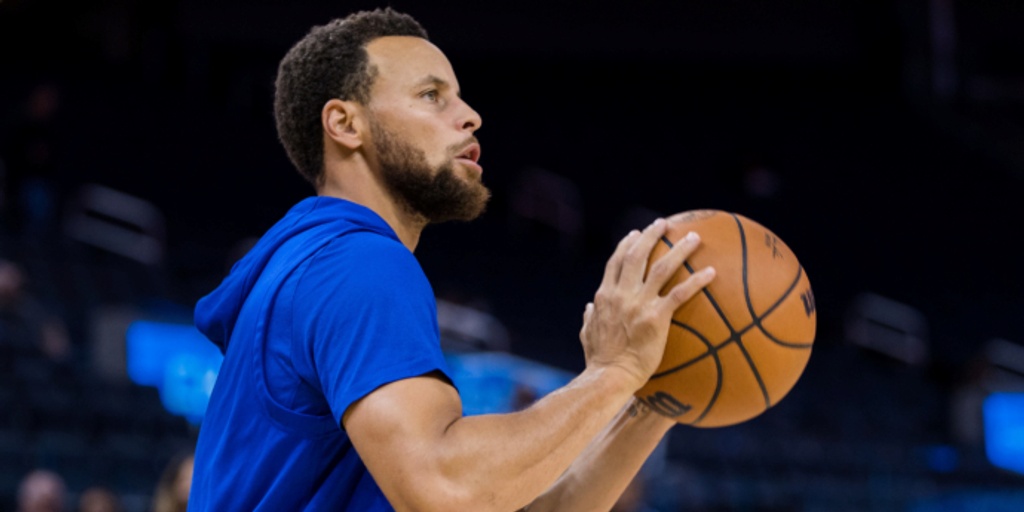 SAN FRANCISCO (AP) — Stephen Curry took the microphone in the middle of Golden State's championship ring ceremony Tuesday night to make an impassioned plea in support of Brittney Griner as the WNBA star spent her 32nd birthday in a Russian prison.

“We want to continue to use our platform and the opportunity to shout out a very special member of the basketball community. Brittney Griner's birthday is today, she's 32,” Curry told the crowd on opening night before the defending champions hosted LeBron James and the Los Angeles Lakers. “We want to continue to let her name be known and we pray ... it’s been 243 days since she was wrongfully incarcerated in Russia. We hope that she comes home soon, that everybody's doing their part to get her home.”

Stephen Curry took time before the banner was raised to call attention to Brittney Griner.

"It's been 243 days since she's been wrongfully incarcerated in Russia. We hope that she comes home soon, and everybody is doing their part to get her home." pic.twitter.com/LY9NoAEFnX

Griner is awaiting a hearing in Russia later this month for her appeal of a nine-year prison sentence for drug possession.

She was convicted Aug. 4 after Russian police said they found vape canisters with cannabis oil in her luggage at Sheremetyevo Airport in Moscow. Her defense lawyers said she had been prescribed cannabis for pain. The WNBA star said she had inadvertently packed them and had no criminal intent.