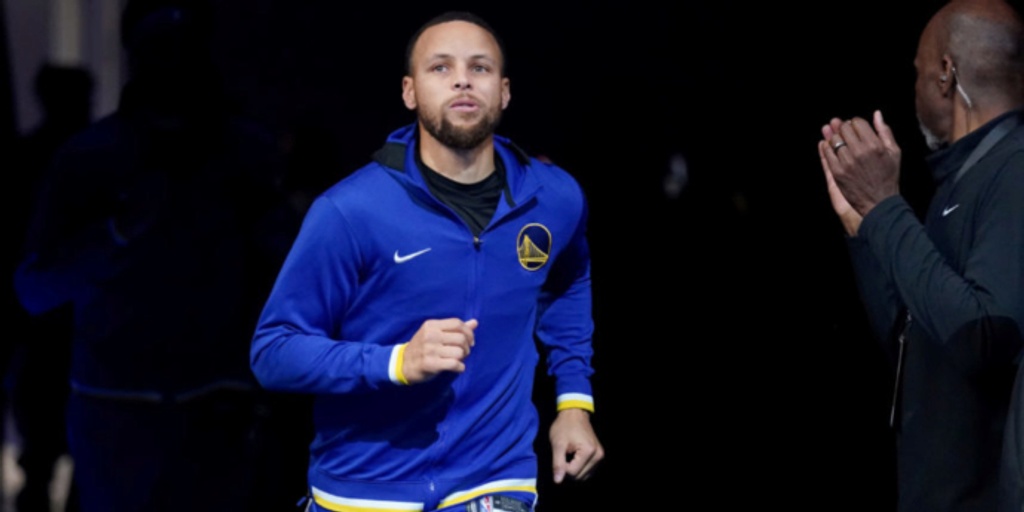 “Pomp and Circumstance” played as Stephen Curry stepped up to the podium after practice Monday as he prepared with the Golden State Warriors for the Western Conference Finals.

A playful, makeshift moment to honor his new status as college graduate.

Curry completed his Bachelor of Arts degree in sociology to join the Davidson College class of 2022, even if he couldn't be there to walk for the commencement ceremony Sunday but watched on video.

He fulfilled a promise to mother Sonya that he would receive his degree. She had been bragging for the past decade that two of her children — son Seth and daughter Sydel — had college degrees.

“It's cool to kind of relive the sights and sounds of school and campus and all that,” Curry said. “This is a long time coming, obviously. Since I left campus it was a goal to finish. Just obviously a sense of accomplishment but a promise I made to my mom and Coach (Bob) McKillop when I left after my junior year. It was pretty special, they had the Fathead (cutout) over on campus in my honor.”

This marks another important accomplishment to add to a list that includes three NBA championships, two MVPs and a pair of scoring titles. Curry will receive his diploma at a later date. He completed his coursework 13 years after leaving Davidson a year early following his junior season, then was drafted by the Warriors seventh overall.

Next up is Gary Payton II, who said Sunday he is close to earning his degree from Oregon State in a month or so.

“It doesn't surprise me. We have guys who are really conscientious about the world beyond basketball and their impact in their communities. Also, Steph is a really curious guy, he's constantly trying to expand his horizons and getting his college degree was really important to him,” coach Steve Kerr said. “I think it's fantastic, and same with Gary. It's wonderful when you see guys go back and finish up.”

Curry also worked toward his major during the 2011 lockout then re-enrolled for this spring's semester.

His thesis was focused on advancing gender equity through sports and he even did a research project about tattoos and got his teammates who have ink involved by asking them about the meaning behind their choices and other details such as how they feel about the tattoos now.

“My guys helped me out on that research project,” Curry said.

He credited a half-dozen people for helping him get it done, including a former professor from Davidson now at UC Santa Cruz, another Davidson professor in collaboration with one at Stanford and even Davidson athletic director Chris Clunie.

Payton, one player who contributed to the tattoos project, congratulated Curry on Sunday. Curry watched the ceremony over live stream and was announced as “Wardell Stephen Curry II.”

“I told him that's huge, a big relief off his shoulders I can imagine,” Payton said. “So, yeah, I'm proud of 30 getting that done. It took a couple years after but it doesn't matter as long as you get the paper, that's all that matters. I'm proud and excited for 30.”