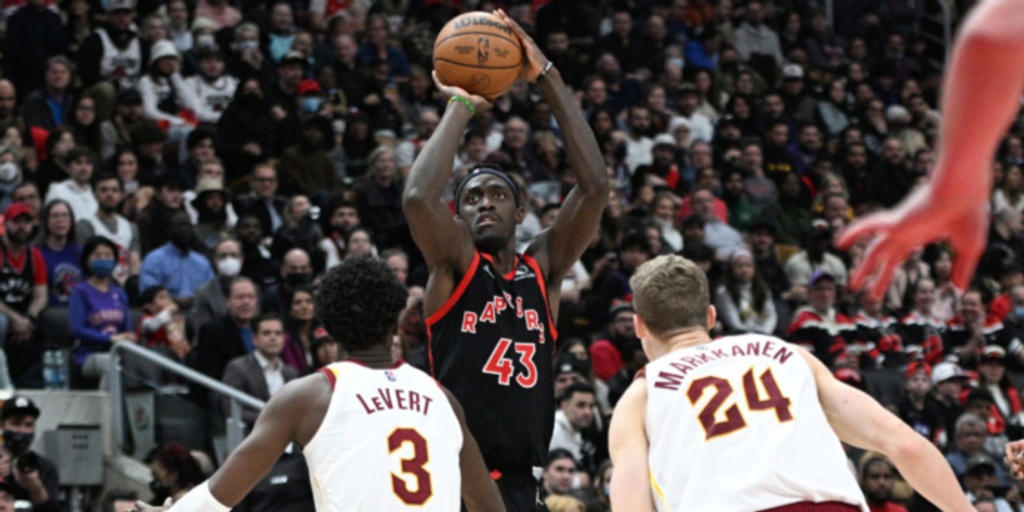 OG Anunoby returned from injury to score 14 points, Scottie Barnes had 11 and Fred VanVleet and Precious Achiuwa each added 10 as Toronto (41-32) snapped a three-game home losing streak and tied Cleveland for the sixth-best record with nine games to go in the regular season.

Cleveland had won all three previous meetings with the Raptors this season, meaning the Cavs hold the tiebreaker over Toronto and retain possession of the No. 6 seed in the East. That is the last guaranteed postseason spot, with teams finishing in the Nos. 7-10 spots headed for the play-in tournament.

Siakam’s six made 3-pointers matched his career high. He shot 6 for 7 from long range.

Anunoby started for the Raptors, returning to the lineup after missing 15 games because of a fractured right ring finger. He shot 4 for 11 in 26 minutes, finishing 4 for 8 from behind the arc.

Cavs rookie Evan Mobley scored 11 points on 5-for-7 shooting and had eight rebounds.

Kevin Love had 12 points and 10 rebounds, and Darius Garland had 18 points and 10 assists. Lauri Markkanen scored 20 points and Lamar Stevens had 16 for the Cavaliers, who have lost two straight and three of five.

Toronto missed six of seven attempts to start the game but made seven of its next 13, helping turn a 15-10 deficit into a 25-17 lead after one. The Raptors had assists on seven of their eight baskets in the first, including a no-look pass from Barnes to Siakam, who scored 12 in the quarter.

Thad Young and Boucher combined for 19 points in the second and the Raptors led 58-48 at halftime.

Garland scored nine points in the third but Siakam answered with 11 as Toronto took an 83-75 lead to the fourth.