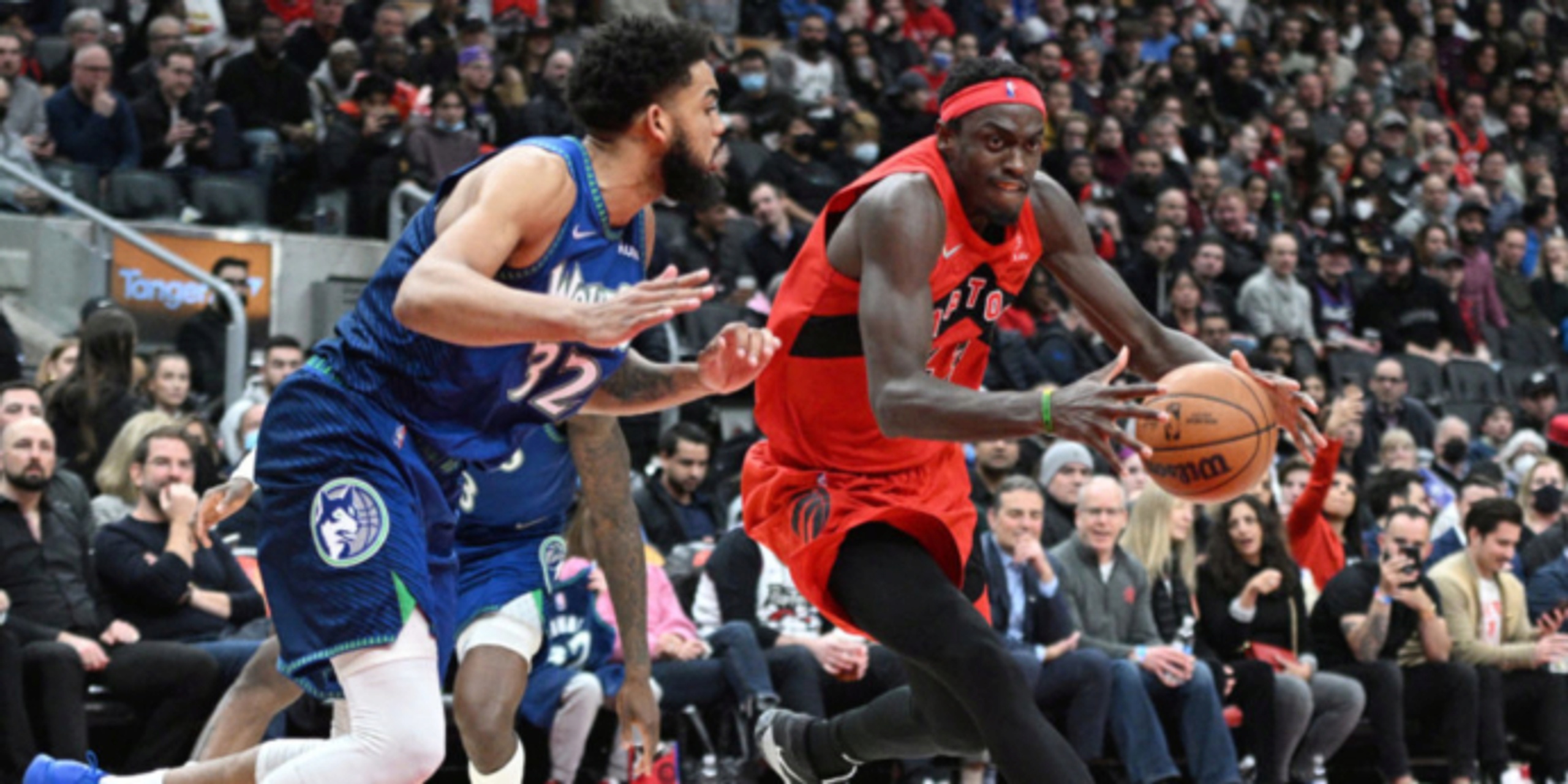 TORONTO (AP) — Pascal Siakam had 12 points, 10 rebounds and a career-high 13 assists for his second career triple-double, Gary Trent Jr. scored 29 points and the Toronto Raptors strengthened their hold on sixth place in the Eastern Conference by beating the Minnesota Timberwolves 125-102 Wednesday night.

Toronto (44-32) moved two games ahead of Cleveland for sixth after the Cavaliers lost to Dallas.

OG Anunoby scored 22 points, Scottie Barnes had 17 and Precious Achiuwa 13 as the Raptors overcame a 17-point second-quarter deficit to complete a 4-0 homestand.

Fred VanVleet scored 12 points and Thad Young had 10 as Toronto matched idle Chicago for the fifth-best record in the conference. The Bulls hold the tiebreaker on the Raptors after winning three of four meetings.

Karl-Anthony Towns had 16 points and 10 rebounds, and Anthony Edwards scored 24 points as the Timberwolves (43-34) lost for the fourth time in five games and dropped three games behind sixth-place Denver in the Western Conference after the Nuggets beat Indiana.

Sixth place is the last guaranteed postseason spot, with teams finishing in the Nos. 7-10 spots headed for the play-in tournament.

D’Angelo Russell scored 13 points, and Jarred Vanderbilt and Patrick Beverley each had 10 as all five Timberwolves starters reached double figures.

Trent scored 14 points in the third, connecting on 3 of 4 attempts from distance, as Toronto took a 97-82 lead to the fourth.

Timberwolves: G Malik Beasley (sprained left ankle) sat for the second straight game. ... Coach Chris Finch said F Jaden McDaniels (sprained left ankle) has been cleared to resume basketball activities and will be evaluated again in one week. ... Minnesota had 11 turnovers in the first quarter. They finished with 23, leading to 25 points.

Raptors: C Khem Birch returned after sitting out Monday’s win over Boston because of a sore right knee. ... Achiuwa started the second half in place of Barnes, who returned with 5:02 remaining in the third. ... Toronto improved to 17-4 when at least six players score 10 or more points.