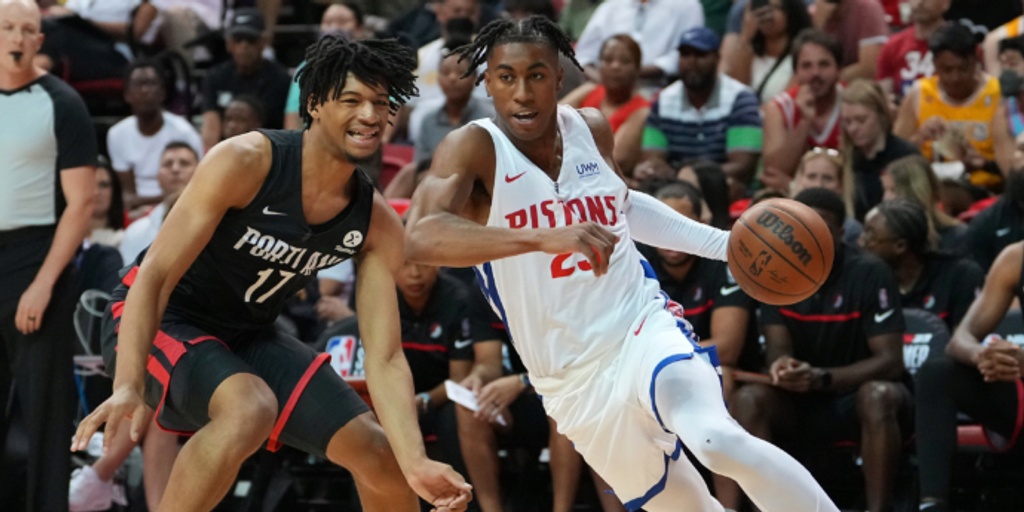 Shaedon Sharpe out of Summer League with shoulder injury

Shaedon Sharpe's first Summer League with the Portland Trail Blazers is over.

The No. 7 pick in last month's NBA draft has been shut down for the remainder of Portland's stay in Las Vegas because of a small labral tear in his left shoulder. An MRI performed Friday showed the extent of the injury, and the Blazers announced the diagnosis Saturday.

Sharpe was hurt in Portland's first Summer League game Thursday night. He will be re-evaluated after a period of rest and rehabilitation that is expected to last 10 to 14 days, the Blazers said.

The shooting guard from Canada spent his lone college season at Kentucky, but did not appear in a game for the Wildcats.