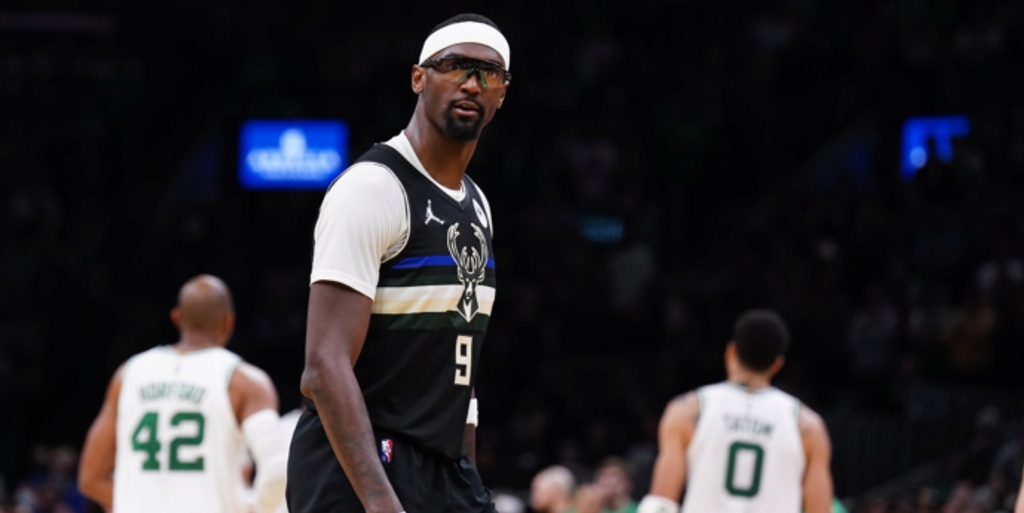 Bobby Portis eager to prove his worth after getting big contract

After declining a $4.55 million player option to become a free agent, Portis agreed to a four-year, $49 million deal that keeps him in Milwaukee. But he takes issue with the notion that the long-term deal brings him a sense of security.

“My mindset is always going to be that someone is trying to take my spot and I have to go hard each and every day to show why I’m worth what I’m worth,” Portis said Thursday.

Portis, 27, emerged as a fan favorite his first two seasons at Milwaukee and relished the opportunity to play for a contender. The 6-foot-10 forward had participated in just one playoff series his first five seasons in the league while playing for the Chicago Bulls, New York Knicks and Washington Wizards.

Chants of “Bobby! Bobby!” occurred regularly at Fiserv Forum in 2021 as Portis helped the Bucks win their first NBA title in half a century. They continued this past season as Portis averaged 14.6 points, 9.1 rebounds and 28.2 minutes to set career highs in all three categories.

Portis made a career-high 59 starts while filling in for Brook Lopez, who played just 13 regular-season games due to a back injury that required surgery. Portis returned to his usual bench role once Lopez returned in mid-March.

Fans love the tenacity he brings to the floor, playing as though every game could be his last.

“I’m never really secure,” Portis said. “I’m always the underdog mindset, any day, anything can change. Just because they love you today, they might not love you tomorrow. That’s always been my mindset in this league.”

The return of Portis reflected the Bucks’ desire to keep much of their nucleus intact as they attempt to win a second title in three years with a roster featuring two-time MVP Giannis Antetokounmpo, three-time All-Star Khris Middleton and Jrue Holiday. The Bucks didn’t have an injured Middleton for their seven-game Eastern Conference semifinal loss to the Boston Celtics.

This week, Milwaukee announced the signings of guards Wesley Matthews and Jevon Carter along with the return of Portis. Pat Connaughton picked up his $5.7 million player option for the upcoming season rather than pursuing free agency.

The Bucks have added first-round draft pick MarJon Beauchamp and free-agent forward Joe Ingles, who is recovering from a torn ACL injury that ended his season in late January. The Bucks announced Thursday they signed Beauchamp, who was the No. 24 overall selection in the draft.

Portis is ready to work with his old and new teammates. Even after signing his big deal, he remains as motivated as ever.

“I’ll always feel like I’ve got something to prove,” Portis said. “Obviously I’m happy that I got a chance to build generational wealth for my family, but (there’s) still a lot of work left to do and there’s not time or need to celebrate.”