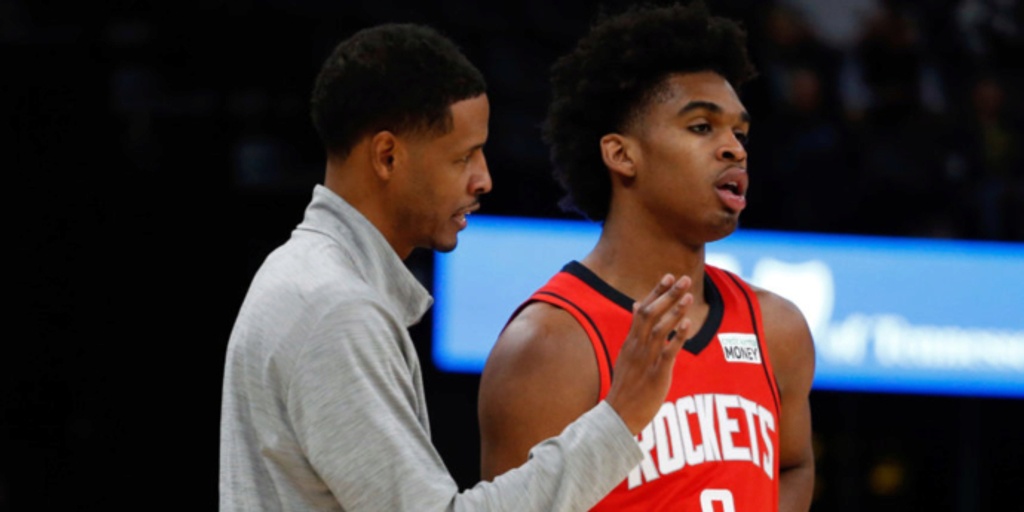 Rockets hoping to grow after following skid with streak

During the Houston Rockets’ 15-game skid, coach Stephen Silas wasn’t too keen on getting out and about in the city.

After they got off the schneid by winning seven games in a row, things changed for the second-year coach.

“It’s exciting to walk around town and people will be like: ‘good job coach,’” Silas said. “There were some times where I just decided to stay home, and so I wouldn’t have to deal with (fans). So yeah, it’s a good feeling.”

The last victory in the winning streak came Wednesday when they took down a Brooklyn Nets team led by former Rocket James Harden with Kevin Durant sitting out to rest.

The 114-104 triumph made the Rockets (8-18) the first team in NBA history to have a 15-game slide and a seven-game winning streak in one season, much less back-to-back.

This year’s up-and-down performance comes after Houston sunk to the NBA’s worst record at 17-55 in the wake of the trade of Harden and most of the team’s other veterans last season.

The Rockets have lost their last two games after the winning streak, but Silas remains encouraged that his team is making progress.

“It means a lot that the message is getting through,” he said. “We knew that we were going to have to grow this year and we’re doing that. We are growing and improving and it’s producing some wins, which is good as a coach.”

Perhaps most impressive about Houston’s winning streak was that all but one of the victories came without rookie Jalen Green. The second overall pick in the draft has missed the last eight games with a strained hamstring.

His absence has allowed some unlikely heroes to emerge in this stretch. Jae’Sean Tate scored a career-high 32 points in a 114-110 win over the Thunder and was a consistent contributor in the other wins.

But the most surprising star for the team in the streak was Garrison Mathews, who was signed to a two-way contract in October.

The third-year pro averaged more than 16 points in the seven wins behind hot 3-point shooting. Mathews had 24 3-pointers in that span before setting a career-high by making six in a loss to Milwaukee on Friday night.

“When I first got here, we were on a losing streak and it was tough,” he said. “When you’re losing a lot of games, it’s hard to keep morale up. But just getting on the winning streak was a huge boost to our confidence.”

Now that the streak is over, Mathews and the rest of the Rockets are focused on improving every day so they don’t end up in another long skid.

“We’ve just got to remember this feeling and continue that down the road, especially when things get hard,” Mathews said.

The Rockets are an exceedingly young team and had five 19-year-olds on the roster to start the season. They’re down to four now after Josh Christopher celebrated his 20th birthday Wednesday by scoring a career-high 18 points in the win over the Nets.

Christopher, who was the 24th overall pick in the draft, has had trouble with consistency so far and has spent time in the G-League. But his performance against the Nets gave the Rockets confidence that he’s focused on learning and getting better.

“He’s been working at his game day-in and day-out,” Silas said. “There were times when he probably didn’t think he was going to get a chance. But this league is like that, and you’re always going to get your chance and he was ready for it.”

But it wasn’t only the young guys who came up big to help the Rockets in their stretch of success after such a difficult start. Thirty-two-year-old Eric Gordon, one of the only veterans who wasn’t shipped out last season, had four 20-point games during the streak. Silas also credited him with being a calming influence on his young team.

“It’s all about growth,” he said. “And whenever you see a streak like (we had) you see and know what it takes to win. And so, you can never forget moments like this. And you can’t never forget the moments beforehand when we lost all those games because during that time, it wasn’t fun.”