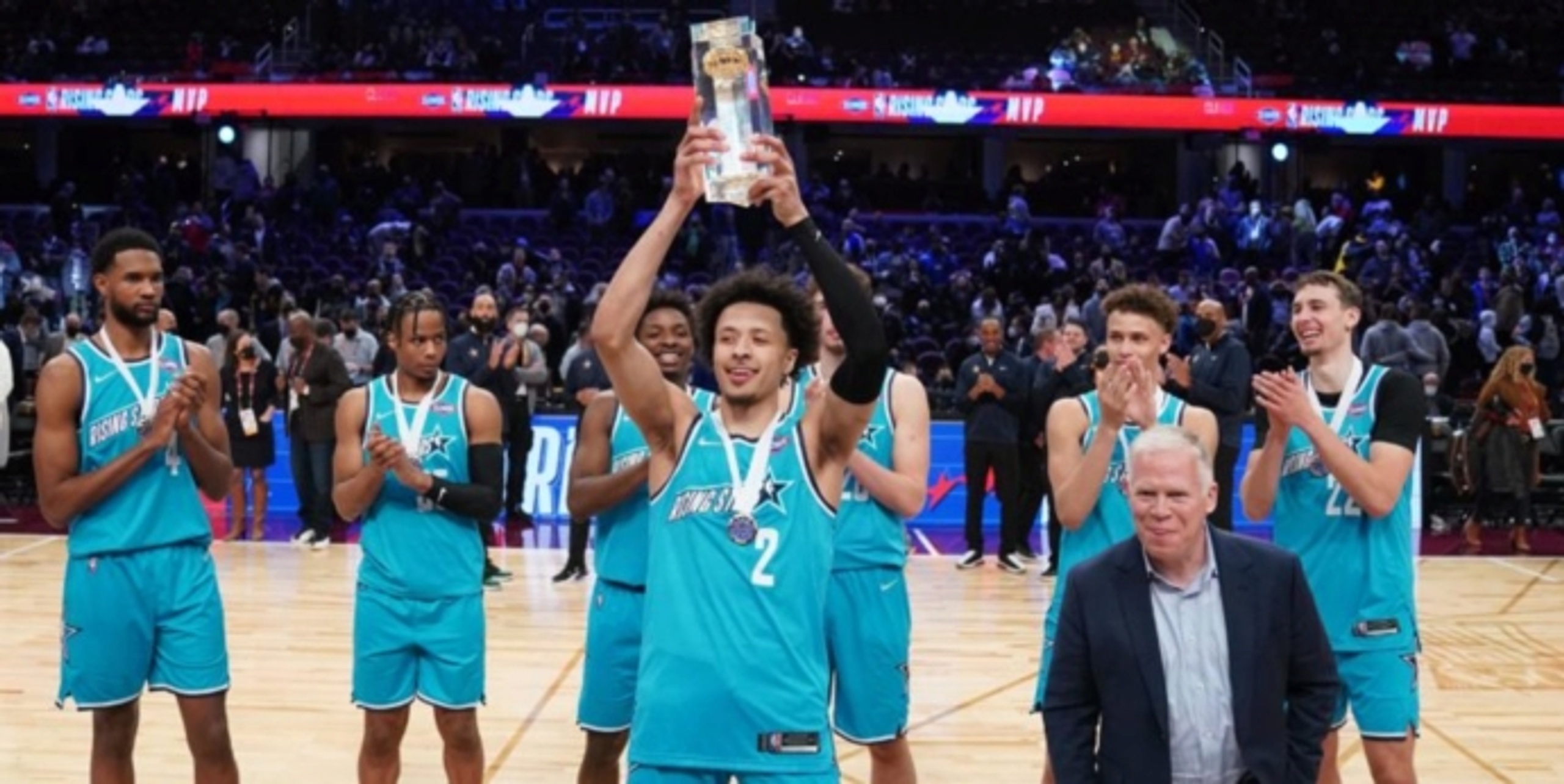 CLEVELAND (AP) — The No. 1 overall pick came out on top again.

Detroit rookie Cade Cunningham, being counted on to bring the Pistons back to relevancy, was named MVP of the NBA's All-Star Rising Stars on Friday night while leading Team Barry to a 25-20 win over Team Isiah.

Cunningham, who scored 13 points with six assists and five rebounds in the night's first game, had only 5 points in the finale but made several big plays down the stretch, including a clutch 3-pointer.

Cunningham also made a nifty pass inside to set up Orlando's Franz Wagner, whose free throw sealed Team Barry's victory.

When he was handed the MVP trophy at mid-court, Cunningham was playfully booed by the Cleveland crowd, which was pulling for Cavs rookie Evan Mobley to win the honor. Mobley was instrumental in Team Barry's victory, scoring 18 points — 12 on dunks — in the two games.

Don't tell Cunningham these games didn't mean anything. He came into the Rising Stars with one goal.

“To win,” he said. “I felt like we had the team to do it, so we had to come out and prove ourselves and the get the chip. So glad we did it.”

“I’m proud of these guys because every one of them did a great job,” Barry said. “So it was great to see them playing basketball and they really went out and played the way the game should be played.”

One of the All-Star Weekend's staple events, the format for Rising Stars, matching the league's top rookies against second-year players, was changed this year to a mini-tournament with three games between four teams.

The “semifinals” were played to a target score of 50, and the final to 25 — a nod to the NBA's 75th anniversary. The teams were coached by Barry and former All-Stars Isiah Thomas, James Worthy and Gary Payton.

In the first matchup, Memphis guard Desmond Bane made two free throws to secure a 50-49 win for Team Isaiah over Team Worthy.

The second game also went down to the wire with Houston's Jae’Sean Tate dropping an acrobatic layup, pushing Team Barry past Team Payton 50-48.

With defense almost nonexistent, there was no shortage of soaring dunks, spin moves and crossovers to keep the sellout crowd entertained.

One of the top highlights came in the first matchup between Team Isaiah and Team Worthy when Orlando rookie Jalen Suggs passed up an uncontested layup and bounced a pass off the backboard to Magic teammate Cole Anthony for a dunk.

The 6-foot-2 Anthony will be one four participants in Saturday's dunk contest.

Moments after his dunk, Anthony did a cartwheel as Suggs shot what would have been a game-clinching free throw only to have it bounce off the rim.