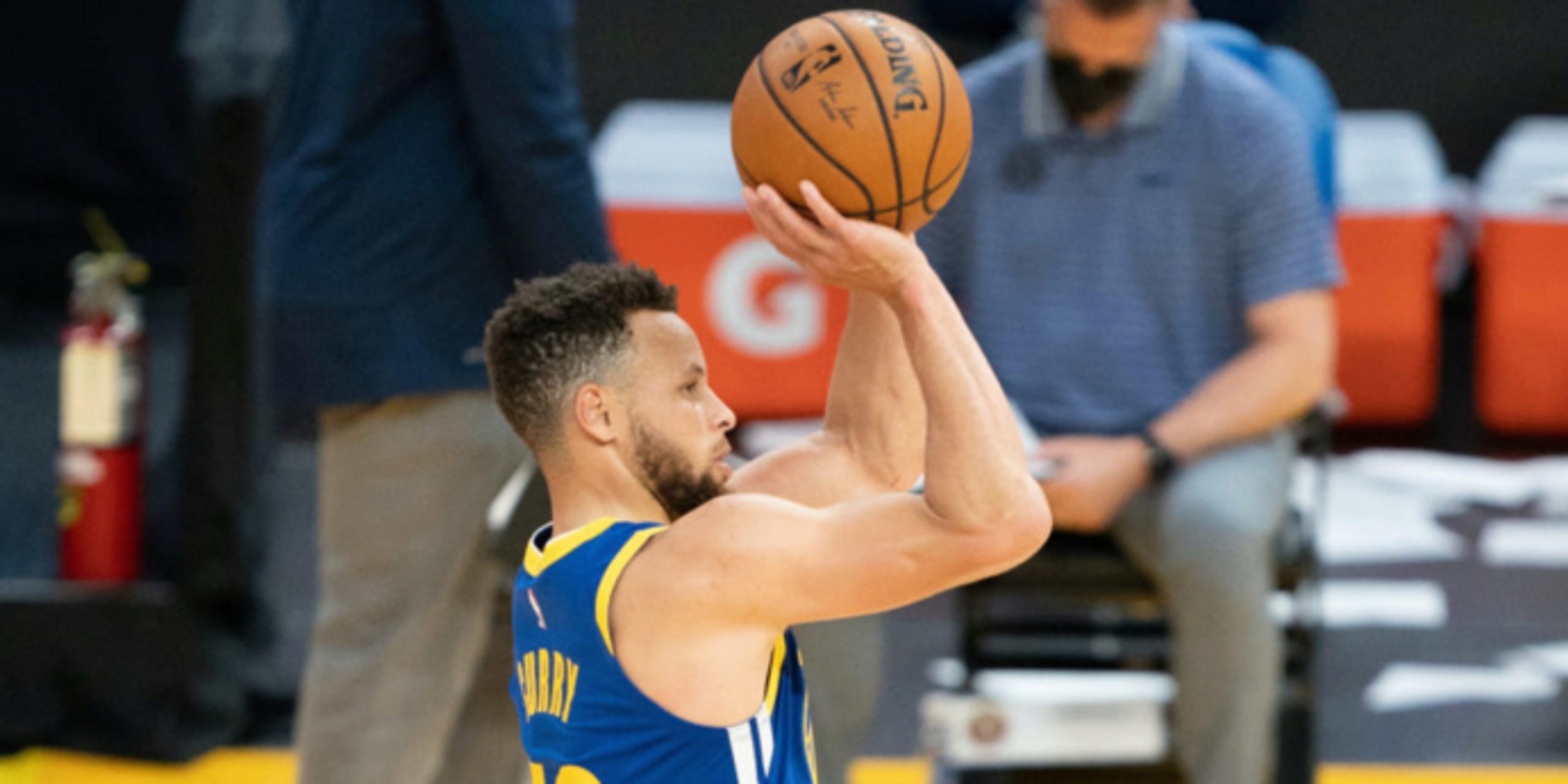 Kerr on Curry: 'Nobody’s ever shot like this in the history of the game'

That’s the last time the NBA saw a shooting stretch like the one Stephen Curry of the Golden State Warriors has assembled over the past few weeks.

It’s been 45 years since the last instance of an NBA MVP being selected from a team that wasn’t at least 10 games over the .500 mark, but Curry has shot his way into serious consideration. He’s averaging 31.4 points on 49% shooting this season; the only other season in which he averaged more than 30 points was 2015-16, when he averaged 30.1 on 50% shooting — and was the unanimous MVP.

Those Warriors were 73-9. These Warriors are 29-29. That’s the big difference, the biggest reason why Curry isn’t even more prevalent in the MVP talks.

Bob Pettit and Kareem Abdul-Jabbar are the only players to win MVP awards on teams that had winning percentages below .560. The award typically goes to the best player on a team that finishes high in the standings, not one that’ll likely have to scratch and claw just to make the postseason.

That said, these are not typical times.

“Steph Curry left no doubt about who the real MVP is tonight!” Magic Johnson tweeted on Monday, when Curry had 49 points to lead Golden State past Philadelphia.

With 78 3-pointers in his last 11 games, Curry has set the record for most 3’s in any 11-game stretch from the same regular season in NBA history. (And during this run, he’s also broken the records for most 3’s in spans of 10, nine, eight, seven, six, five, four and three games as well. He already owned the two-game mark before this stretch started.)

He’s had 10 or more 3-pointers in four of his last five games. Since the 3-point line became a thing in the NBA in 1979, including playoffs, only two other players — Damian Lillard and Curry’s Golden State teammate Klay Thompson — have at least four games with 10 or more 3’s made. Ever. In their careers.

Curry just did it four times in a span of eight days.

“I’ve been blessed with a certain skill set and approach to the game that I’ve worked on, year after year after year,” Curry said. “And that work does pay off. The summers are hard; like, they’re the hardest times of the year because I really build up that intensity and have a certain program that gets me in shape and gets me ready to sustain that over the course of the season.”

That’s why at this point in the season he looks good as ever. Curry has scored at least 30 points in each of his last 11 games. Nobody at his age -- anyone 33 or older -- has ever done that before. Kobe Bryant had a run of 10 straight. Curry passed him on Monday night in Philadelphia.

Even Kerr — a gifted television analyst before he became one of the best coaches in the game — is running out of superlatives to offer.

His performances sure seem MVP-worthy.

If they make the playoffs, he’s why.

And there isn’t a team in the Western Conference, even though the Warriors are playing without Thompson for the second consecutive season, that will be thrilled to see Golden State coming at them in Round 1, especially with Curry playing like this.

“I’ve seen Kobe Bryant, early in his career had a stretch where he went nuts,” Kerr said. “And obviously Michael Jordan had some stretches where he just scored like crazy. But, obviously, nobody’s ever shot the ball like this in the history of the game. And even by Steph’s own lofty standards, this is above and beyond.”

Kerr has three rings as a coach and five others from his playing days. He was a sharpshooter as well. But there isn’t much he can say to Curry these days in terms of actual coaching.

“Nice shot,” is what Kerr typically sticks to.

Kerr insists this is the best version of Curry that anyone has ever seen.