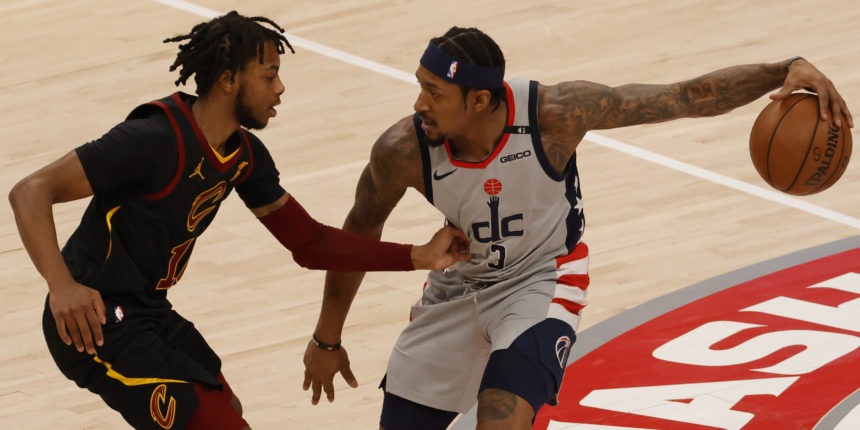 Bradley Beal scored 33 points and the Washington Wizards rallied to beat the Cleveland Cavaliers 119-110 on Sunday night for their eighth straight victory.

Down eight early in the fourth quarter at 95-87, Washington tied it at 105 on Beal's jumper with 4:55 remaining. Washington then closed on a 14-5 run to equal the team’s longest winning streak since 2001 when a player by the name of Michael Jordan was on the roster.

Beal, who entered Sunday as the NBA’s second leading averaging 31.1 points and just a fraction behind Golden State’s Stephen Curry, scored 20 points in the first half and then ended with nine in the fourth quarter despite constant double teams causing coach Scott Brooks to deliver some high praise.

Russell Westbrook had 14 points, 11 assists and five rebounds, ending his triple-double streak at four. He failed to record a triple-double for only the third time in 17 games.

Cavaliers coach J.B. Bickerstaff was happy with his team’s defense on Westbrook.

“I thought we did a good job of shrinking the floor around him and making him play in a crowd,” Bickerstaff said.

Cavaliers scoring leader Collin Sexton sat out because of a concussion after scoring 28 points Friday night in a loss to Charlotte.

Robin Lopez had 14 points for Washington, and Daniel Gafford added 12 points to go along with four steals and four blocks.

Cavaliers: Osman started after not playing in Cleveland’s previous five games. Osman played 37 minutes. …Bickerstaff was given a technical foul with 1:07 left in the first half after Larry Nance Jr. was called for a foul on Gafford’s attempted dunk. … Garland has scored 20 or more points in a career-best six straight games.

Wizards: Anthony Gill made his second career start, scoring five points in 14 minutes. ... Beal played his 596th game for Washington to move into fourth place in franchise history. He passed Charles Jones, who played for the then-Bullets from 1984-93….Washington is 10-1 with Gafford active since coming over in a trade with Chicago.

Speaking of Jordan, afterwards Beal said he had just one memory of Jordan on the Wizards and that was of a two-handed blocked shot of Ron Mercer.

Before the game Bickerstaff said one of the keys would be limiting turnovers against Washington’s surging backcourt. After going up by a game-high eight immediately to start the fourth, Cleveland committed six turnovers to finish the game with 19. Washington had just ten.

“I thought they did a really good job of turning up the pressure,” Bickerstaff said.

“They started trapping him and we were unsuccessful on the back side of it. That was the biggest difference in that fourth quarter.”

Cavaliers: Vs. Toronto in Tampa, Florida, on Monday night.