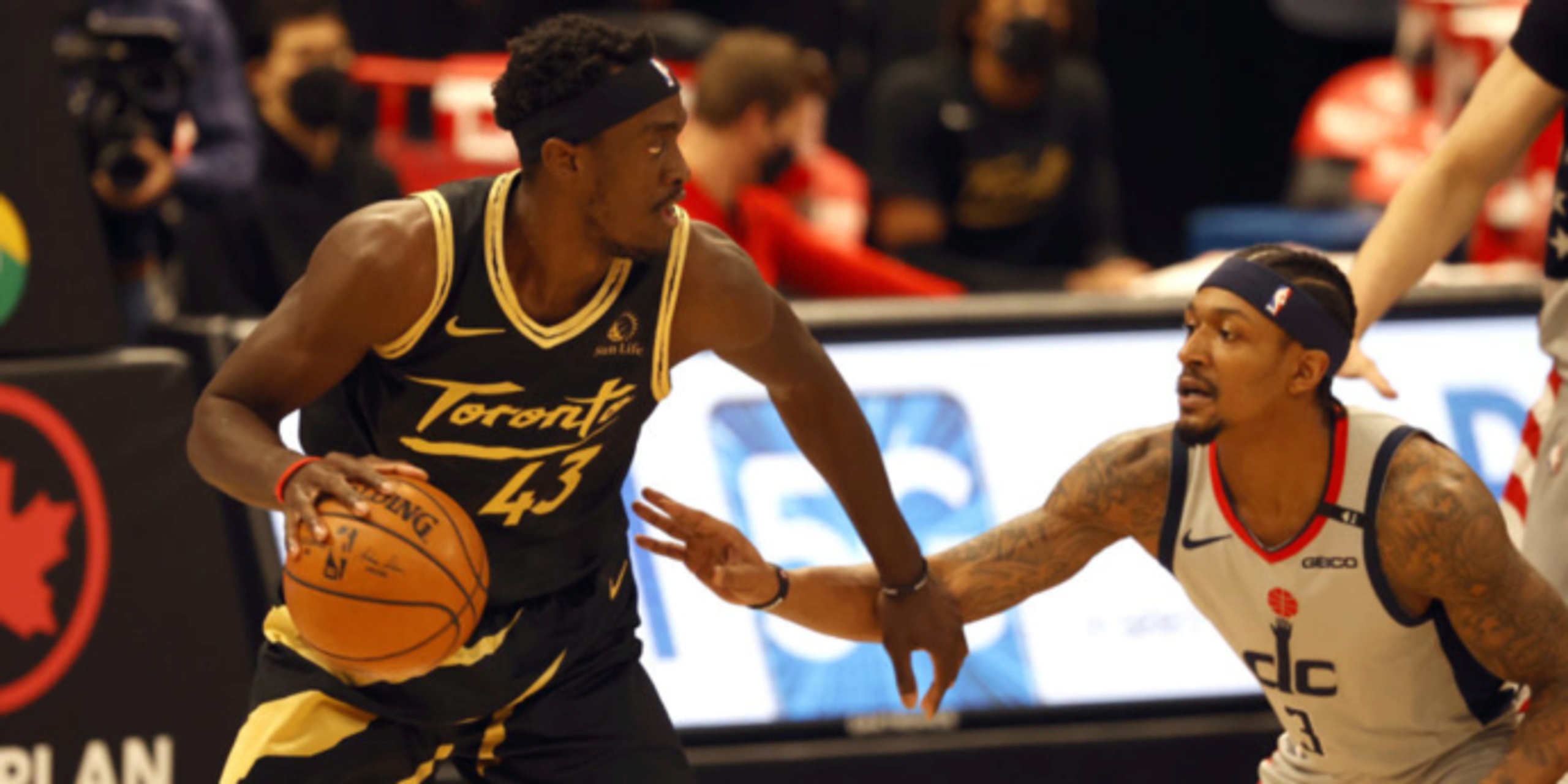 Bradley Beal had 14 of his 28 points in the fourth quarter and overtime Thursday night, and Russell Westbrook had his 34th triple-double of the season in the Washington Wizards' 131-129 win over Toronto that all but eliminated the Raptors from the NBA's play-in tournament.

He was double-teamed and face-guarded all night, but Beal came through with 28 points, five rebounds, and five assists in our OT win! 🐼#WizRaptors | @RealDealBeal23 pic.twitter.com/DqNq7YiPb0

Pascal Siakam matched his career high with 44 points for the Raptors, who lost for the fifth time in six games and fell four games behind the Wizards for the 10th spot in the Eastern Conference with five left to play. Siakam missed a long 3-pointer at the end of overtime.

Pascal Siakam registered 65+ FPTS for the 2nd time in his last 3 games yesterday.

Westbrook had 13 points, 17 rebounds and 17 assists before fouling out with 15.3 seconds left in overtime. The triple-double was the 180th of his career, leaving him one behind Oscar Robertson. It was the sixth triple-double in seven games for Westbrook, who came up one assist short in the other game.

2 TRIPLE-DOUBLES FROM THE RECORD!
🔥 @russwest44 (13 PTS, 17 REB, 17 AST) tallies his 180th career triple-double in the @WashWizards win.. his next one ties Oscar Robertson for the most ever. pic.twitter.com/BbP6YMPKze

Raul Neto scored a career-high 25 points, and Robin Lopez had six of his season-high 24 points and two big blocks in overtime for the Wizards, who had lost their previous nine games against the Raptors.

Westbrook did not seal his triple-double until a driving layup with 2:22 left in the fourth quarter that left the Wizards one point behind.

Beal scored eight of the next 10 points for Washington, but Fred VanVleet's 3-pointer with 1.3 seconds left sent the game into overtime.

A putback by Khem Birch followed by Siakam's 15-foot jumper gave the Raptors a 71-58 lead, the largest of the game, early in the second half.

The Wizards tied it 82-82 with 1:49 left in the third quarter on on a four-point play by Garrison Mathews, but then went more than three minutes without scoring.

Neto and Davis Bertans hit 3-pointers to move Washington ahead 97-96 with 5:45 left, and it was tied at 101 when Lopez made two free throws with 4:05 remaining.

Wizards: F Chandler Hutchison, who left Wednesday night's game early with a bruised left knee, was not cleared to play until just before tip-off. He scored seven points in three minutes in the first quarter.

Raptors: Gary Trent Jr. scored 25 points, playing for the first time after missing six games with a left leg contusion. ... F Chris Boucher missed a seventh game with a knee injury. ... F OG Anunoby missed a third game with a strained left calf. ... G Kyle Lowry sat out his third game of the last four, the exception being Sunday night’s win over the Lakers in which he had 37 points and 11 assists.

Wizards: At Indiana on Saturday night.