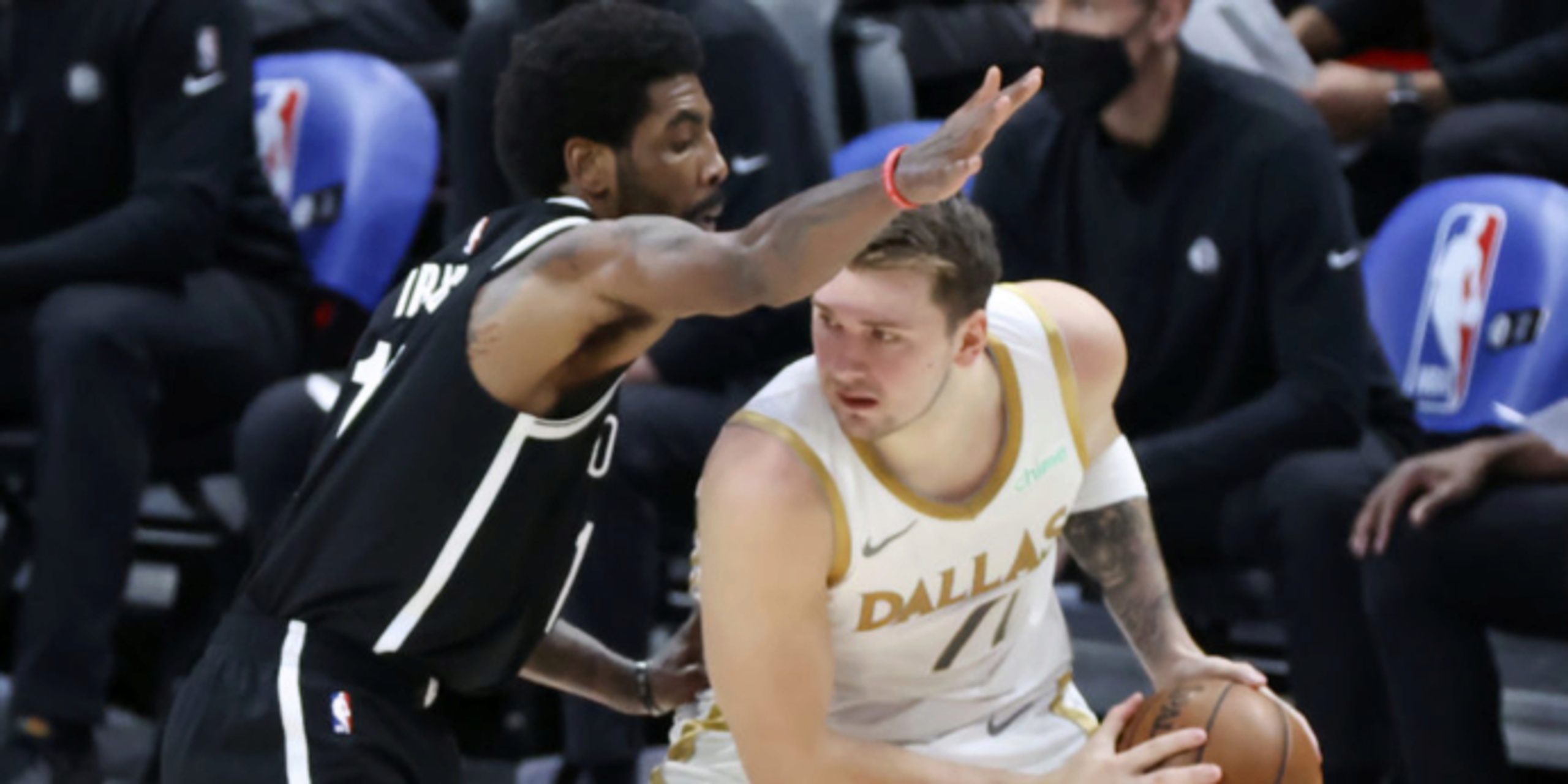 Dorian Finney-Smith scored 17 points as the Mavericks reached 10 games over .500 for the first time this season and moved a half-game ahead of the Los Angeles Lakers for the fifth seed in the West. Dallas holds the tiebreaker on the defending NBA champs.

Kevin Durant had 20 points and nine rebounds for the Nets with each team missing an injured star: James Harden for Brooklyn and Kristaps Porzingis for Dallas. In the Mavericks' 115-98 win at Brooklyn in February, Harden played while Durant and Irving were out.

Doncic had 10 rebounds, and one of his eight assists came on a layup by Dwight Powell that put Dallas ahead for good at 94-92 and started a 7-0 run.

The Nets were down six in the final minute when Irving was free for an easy layup and the ball slipped out of his hands. Irving finished 17 of 30 from the field after repeatedly getting to the rim in a 25-point first half.

Jalen Brunson scored eight of his 15 points in the fourth quarter for Dallas, and Powell had 12 points and nine rebounds.

Nets: Brooklyn missed a chance to build a cushion when Dallas misfired on its first nine shots and first two free throws of the second half. The Nets missed six consecutive shots after Irving opened the second half with a 3, and an early third-quarter lead didn't last long. ... Blake Griffin had 10 points and 10 rebounds. ... Irving's previous season high was 43 in a 121-113 loss to Orlando on March 19.

Mavericks: Doncic, whose already made his share of wild shots that counted late in the games in his nearly three seasons, tossed up a halfcourt shot after a whistle away from the ball in the first quarter. It went in. ... Coach Rick Carlisle said Porzingis, who has missed seven of the past eight games with right knee soreness, was doubtful Friday against Cleveland. Carlisle said he believes the 7-foot-3 Latvian will play again in the regular season.

Harden, who hasn't played since April 5 and had a setback along the way with his strained right hamstring, worked out Thursday and said he plans to play again in the regular season. Coach Steve Nash said that would be ideal.

“If we can get a little bit of extra time, that’d be great,” Nash said. “But if we can’t, we can’t. It looks really good right now. He’s worked extremely hard to put himself in position to return before the playoffs.”

Retired Mavericks star Dirk Nowitzki, teammates with Nash for the first six of his 21 seasons in Dallas, was in one of the few courtside seats with his wife, Jessica, former President George W. Bush and former first lady Laura Bush.

Nowitzki and the former president participated in a virtual pregame forum with Mavericks owner Mark Cuban about Bush’s book of portraits of immigrants. The 7-foot German is one of the subjects.

Nets: The fourth game on a five-game trip, the last road stint of the regular season, is at Denver on Sunday. The Nets have won four of the past five meetings.

Mavericks: Cleveland visits Friday for Dallas' second-to-last back-to-back, with the rematch set for Sunday in Cleveland. The Mavericks have won the past four meetings by an average of 20 points.