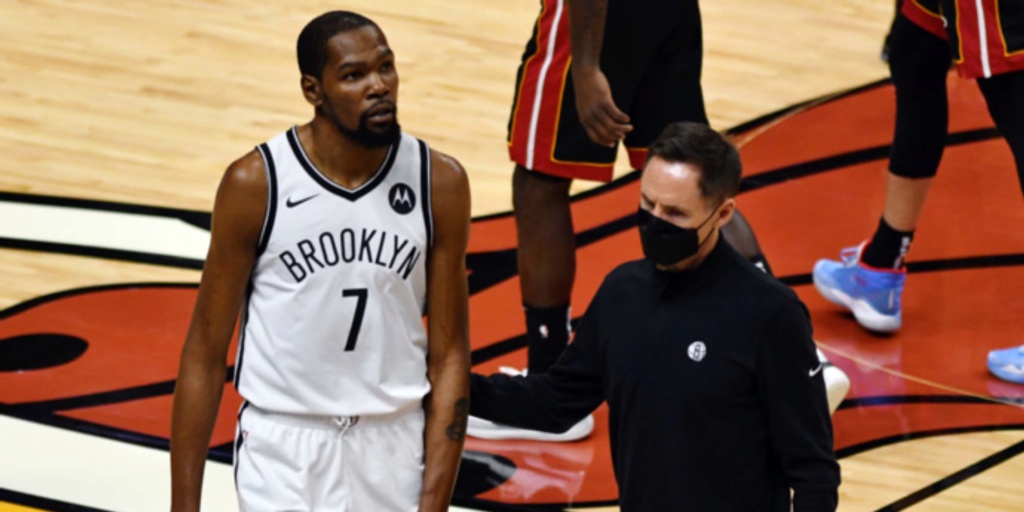 Kevin Durant is back for the Brooklyn Nets on Sunday against Phoenix after missing three games with a bruised left thigh.

Durant was hurt last Sunday against Miami. Coach Steve Nash said the Nets would go in with the goal of playing the All-Star forward fewer than 30 minutes against the Suns.

“He might come out flying, he might struggle with his rhythm,” Nash said. “The most important thing is that he gets his legs under him and starts to build his health back and tonight's the first step in that.”

Durant has played in just five of the previous 32 games. In his first season back after missing all of last season while recovering from a ruptured Achilles tendon, he has been limited to just 24 games because of injuries and COVID-19 health and safety protocols.

The Nets have 12 games remaining, including three sets of back-to-backs. Nash said his preference remains that Durant doesn't play in both games in those situations, so it's unlikely Durant plays in every game before the playoffs even if he remains healthy.

“We’re obviously aware of how little basketball he’s played in the big picture the last couple of years, so the goal for us is to make sure he gets to the playoffs healthy,” Nash said. “But second to that is in good shape as well, so there’s a balance to be struck.”

Durant is averaging a team-high 27.3 points.