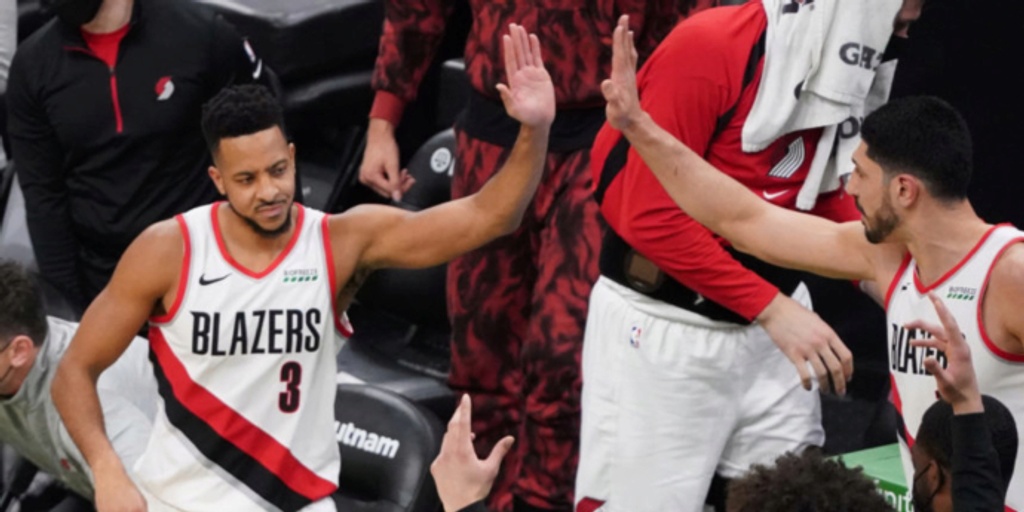 CJ McCollum scored 10 of his 23 points in the fourth quarter and Portland held on for a 129-119 win over the Boston Celtics on Sunday night, extending the Trail Blazers' winning streak to four.

Damian Lillard had 26 points and 13 assists for Portland. Carmelo Anthony finished with 13 points — including a 3-pointer with 1:08 remaining to help seal it after Boston pulled within two points.

The Trail Blazers improved to 4-0 on their six-game road trip. They entered the game in seventh in the Western Conference playoff standings and are trying to work their way out of the play-in round.

Jayson Tatum scored 33 to lead Boston, which is trying to avoid falling into the play-in round in the final weeks of the season.

After rallying from 32 points behind to beat San Antonio in overtime Friday night, the Celtics couldn’t produce another comeback against the Blazers, who shot 52% (44 for 85).

After the teams went into halftime tied at 71, Portland capitalized on six turnovers in the third quarter and led 103-98 entering the fourth quarter.

Tristan Thompson appeared to put the Celtics back up on a put-back dunk, but the basket was waved off because of offensive interference. The Blazers, who led 107-106 after the call that was widely disputed by the Celtics and their fans, got back-to-back 3-pointers from McCollum and Anthony for a 113-106 lead.

The Celtics stayed within a basket or two and had another chance after Tatum hit a pair of free throws to pull Boston within 121-119 with 1:21 left to play.

But Anthony answered for Portland with a 3-pointer, then sidestepped his way back on defense while waving his arms at Boston’s fans. After a miss by the Celtics, Powell took it the other way for a layup and Portland had a 126-119 lead.