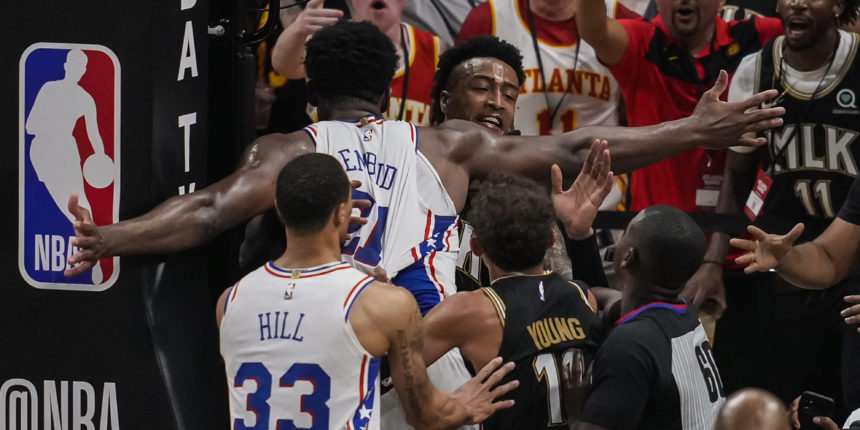 Philadelphia 76ers center Joel Embiid was fined $35,000 by the NBA for escalating an on-court altercation in Game 6 of the Eastern Conference Semifinals against Atlanta.

Embiid fell on top of John Collins on the court in Game 6. Collins then shoved Embiid before both rose to their feet. Embiid had his arms stretched out wide with Collins’ hands around his neck as both walked off the court under the basket.

Officials reviewed the altercation and called technical fouls on each player with no free throws awarded.

Atlanta Hawks forward Bruno Fernando was suspended for Sunday's Game 7 for leaving the bench area during the spat.