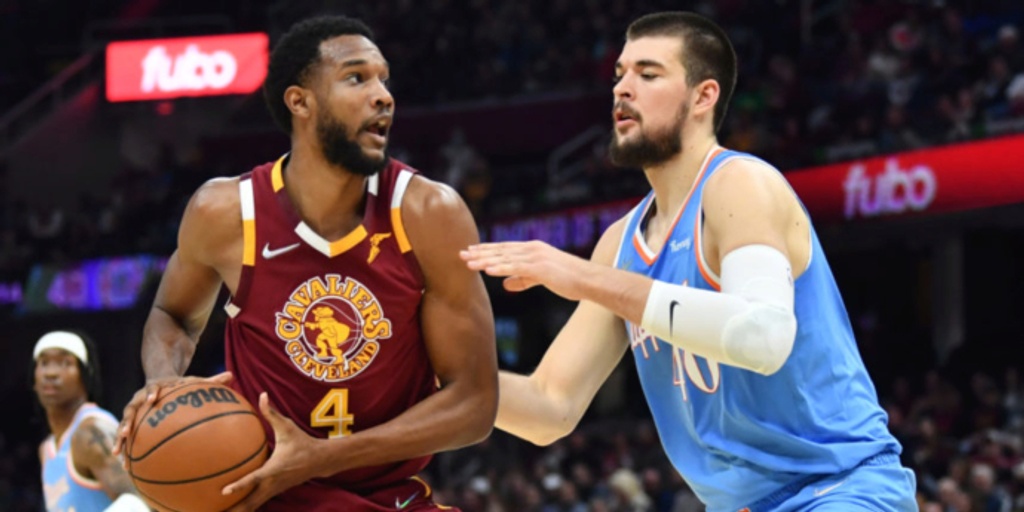 Rookie big man Evan Mobley scored a season-high 30 points and Darius Garland had 24 points and 13 assists, sending the Cleveland Cavaliers to a 120-111 overtime victory against the Los Angeles Clippers on Monday night.

The Cavaliers hold a 1 1/2-game lead over Toronto for the sixth playoff spot in the East.

Ivica Zubac had 24 points, 14 rebounds and four assists, and Amir Coffey scored 19 for the Clippers, who had only nine players in uniform. Los Angeles shot 1 of 10 from the field in OT, with Nicholas Batum making a 3-pointer to pull within 110-109.

The Cavaliers won for the fourth time in 12 games and welcomed back Caris LeVert, who had 11 points in his return from a sprained right foot that sidelined him for a month. All-Star center Jarett Allen missed his fourth straight game with a broken finger on his left hand.

All-Star point guard Garland buried a 3-pointer with 1:20 left in regulation to give Cleveland a 106-103 lead, but Zubac answered with a layup and Coffey made 1 of 2 free throws to force OT. Coffey missed a 23-footer at the buzzer.

Cleveland began a five-game homestand, its longest of the season, over an eight-day span. Ten of its final 15 regular-season games are at Rocket Mortgage FieldHouse.

The Clippers, who have played an NBA-high 71 games, completed a stretch of five in seven days. Starting point guard Reggie Jackson and starting power forward Marcus Morris were given the night off.

Kawhi Leonard (right knee surgery) has not played this season for Los Angeles, while Paul George (right elbow ligament tear) has been sidelined since Dec. 26 and does not have a projected return date.

Clippers coach Tyronn Lue, who piloted Cleveland to its only NBA championship in 2016, was embraced by Kevin Love during a first-quarter timeout. Love is the only remaining player from that team.

Los Angeles held a 57-56 advantage at the break behind 11 points apiece from Coffey and rookie Brandon Boston Jr. Mobley had 12 for the Cavaliers.

The Clippers are solidly in eighth place in the West, placing them in the play-in tournament. Lue said being “cemented” in the spot allowed him to rest Jackson and Morris. “If we were close to being out of the playoffs, these guys would all play,” Lue said. “Reggie didn’t want to sit, but playing him wasn’t the smart thing to do. It was fair to give them the night off, especially after (winning 106-102 in Detroit on Sunday).”

Cavaliers: F Dean Wade (right knee soreness) and G Rajon Rondo (right ankle sprain) were inactive. Rondo has missed 12 games with various right leg injuries since being acquired from the Lakers in a Jan. 3 trade. … G Collin Sexton (left knee surgery) is out for the season. … G Dylan Windler and two-way G RJ Nembhard were recalled from their G League assignments with the Cleveland Charge.