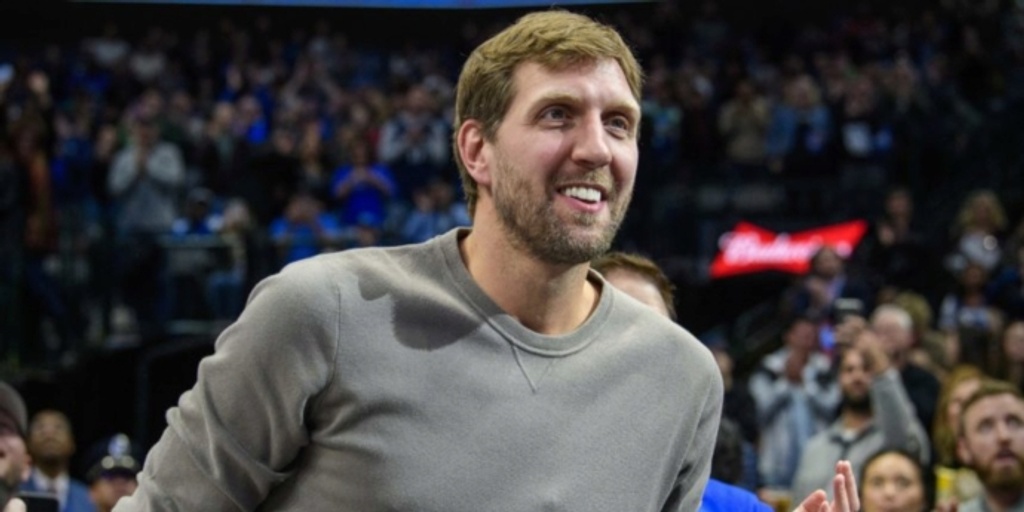 Mavs retiring Dirk Nowitzki's No. 41 in January when Warriors visit

The Dallas Mavericks are retiring Dirk Nowitzki's No. 41 when Stephen Curry and the Golden State Warriors visit in January.

NBA Commissioner Adam Silver is expected to attend the Jan. 5 ceremony honoring the only player in league history to play 21 seasons with the same team. The ceremony will be held after the game.

The 43-year-old Nowitzki is the franchise leader in points, games, starts, minutes, rebounds, 3-pointers, free throws and blocks. The 14-time All-Star is the highest-scoring foreign-born player in NBA history. Nowitzki is sixth on the all-time list with 31,560 points.

Nowitzki retired at 40 in 2019, eight years after leading Dallas to the only championship in franchise history. Jason Kidd, the point guard on that team, is now coach of the Mavericks.

Three other Dallas players have had their numbers retired, all of them guards in Brad Davis (10), Rolando Blackman (22) and Derek Harper (12).