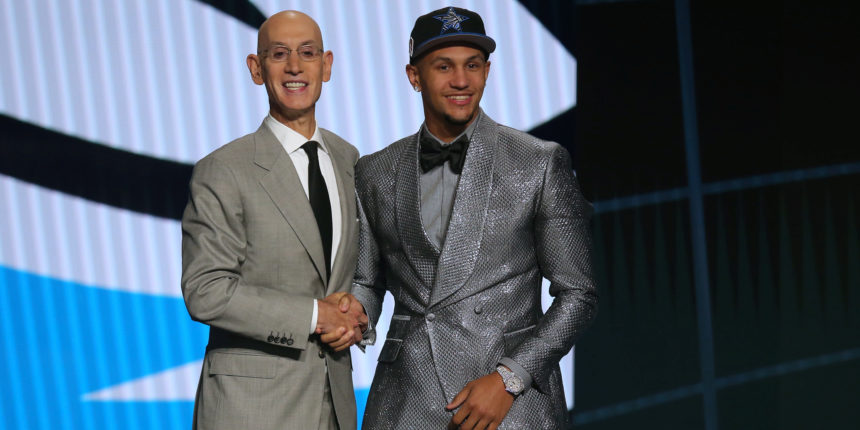 Magic thrilled to get Jalen Suggs at No. 5, Franz Wagner at No. 8

ORLANDO, Fla. (AP) — When the Orlando Magic’s hopes of moving up in the NBA draft never materialized, they instead used their picks to select former Gonzaga star Jalen Suggs fifth and German forward Franz Wagner eighth.

Owners of two top-eight picks for the first time in franchise history, the Magic had hopes of packaging those selections and moving into the draft’s top four. However, when they failed to find a trade to their liking, the Magic stood pat and chose Suggs and Wagner.

“It was a great night for the Magic,” Orlando President of Basketball Operations Jeff Weltman said. “We added two talented, high-character, team-oriented players. It’s not often you get to add, not one, but two of these guys on the same night.”

Suggs, the USWBA National Freshman of the Year, famously banked in a winning, half-court shot in the NCAA Final Four semifinal game against UCLA. Suggs was excited to hear that fans at the Magic’s draft party erupted with joy when his name was called at No. 5.

“It means the world and it makes me so excited to get there and give them my all,” said Suggs, who was dressed in a shimmering silver suit. “They’ll get nothing less than that from me. I can’t wait to embrace the fans.”

“He was only there (in Orlando) the last couple of weeks of the season, but he told me he had a great time and he learned a lot,” Franz Wagner said.

The Magic missed out on a chance to select Orlando high school product Scottie Barnes when Toronto took the versatile forward at No. 4. Barnes was high school teammates with NBA top overall pick Cade Cunningham in the 2019-20 season at prep powerhouse Montverde Academy in suburban Orlando, Fla.

“It’s our job to turn over every stone and make sure we’re not missing anything, but I can tell you that we’ve been comfortable with these picks for awhile,” Weltman said of trade talks.

Suggs, a 6-foot-4 guard, averaged 14.4 points in his only college season. He scored 24 points in his first college game against Kansas and had 22 in Gonzaga’s loss to Baylor in the national championship game. He’ll join a youth-filled backcourt with Markelle Fultz, R.J. Hampton and Cole Anthony.

“I’m so motivated and ready to get on this flight right now to get there and meet everybody,” said Suggs, who did not work out in Orlando prior to the draft.

MORE:
NBA Draft
NBA News

Was Scottie Barnes the right pick for the Toronto Raptors at No. 4?
Booker, Middleton, Holiday put NBA Finals behind them to focus on gold
