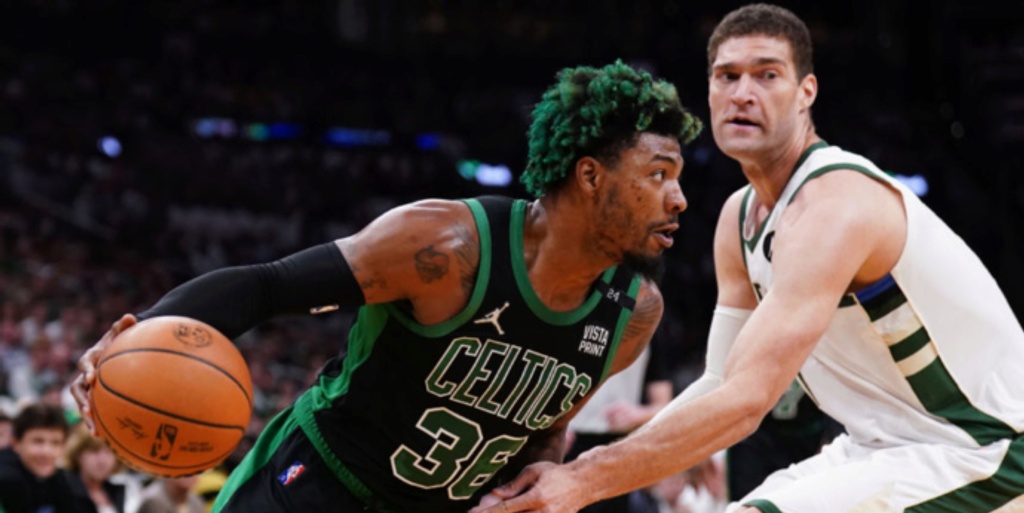 The quirks of scheduling for the NBA playoffs created three-day breaks between games in the Boston-Milwaukee and Memphis-Golden State series.

In this case, the teams don’t mind the delays too much. They have used the time off to get healthier and deal with unexpected roster changes.

Both series are tied heading into Game 3s on Saturday at Milwaukee and San Francisco. These four teams haven’t played since Tuesday.

NBA teams rarely get such long layoffs. For example, the Grizzlies had three off days between games just once during the regular season, aside from the All-Star break.

Bucks coach Mike Budenholzer said he would have preferred to have two days between games rather than three. But he felt players could benefit from having time for a mental break amid a grueling series.

“There’s definitely positives,” Bucks center Brook Lopez said. “It is helpful to recover. It’s helpful because you can watch film, you can go over what the other team’s doing, what you’re doing, learn a lot of stuff. But we’re all definitely itching to play as well. Maybe that’s because we lost the last game, but we’re definitely ready to get back out there.”

Bucks forward Khris Middleton remains out for at least the next two games with a sprained left medial collateral ligament, but the longer this series goes, the more likely he gets to play in this round.

The Grizzlies and Warriors also got accustomed to working without guys who will be missing when the series resumes.

Golden State’s Gary Payton II is out indefinitely with a broken left elbow after taking a flagrant foul from Memphis’ Dillon Brooks, who received a one-game suspension.

“Just having some time at home to get some rest in and get some good practices in and really lock in on the game plan is always going to be good for us,” Warriors center Kevon Looney said. “We have a veteran team and it’s given us a chance to make some adjustments and figure out and learn from our last loss.”

They like having that extra time, even though it’s out of the ordinary.

“I’ve been in the playoffs where we play every other day,” Celtics forward Al Horford said. “And when that’s the case, you’re wishing and hoping, ‘Man, I hope we get an extra day.’ Now in this case, it’s a ‘When are we playing again?’-type thing. At the end of the day, this is the way it is. The scheduling works out this way. We have to make sure we stay ready no matter what it is.”

—NEED TO KNOW: The Celtics bounced back from a 101-89 loss in Game 1 by trouncing the defending champion Bucks 109-86 in Game 2. The Bucks have an 88-44 edge in paint points through the first two games of this series, while the Celtics have outscored Milwaukee 114-45 from 3-point range.

—KEEP AN EYE ON: Milwaukee’s 3-point shooting. Since going 10 of 20 on 3-point attempts in the first half of Game 1, the Bucks have shot just 5 of 32 from beyond the arc.

—INJURY WATCH: Middleton remains unavailable and will miss a sixth straight playoff game. Smart expects to play Saturday. Bucks G George Hill, who hasn't played yet this postseason due to an abdominal strain, is listed as probable.

—PRESSURE IS ON: Bucks F Giannis Antetokounmpo. As long as Middleton remains out, Antetokounmpo is going to have to be at his absolute best for the Bucks to win. The two-time MVP is averaging 26 points in this series, but he’s shooting 38.5% (20 of 52) from the floor.

—INJURY WATCH: The Warriors will be missing F Andre Iguodala as well as Payton. Iguodala remains out with a disk injury in his neck that has caused him to miss Golden State’s last three playoff games. Adams should return for the Grizzlies after missing three games.

—PRESSURE IS ON: Adams. He was essentially benched in the first round but could have a major role in this series as the Grizzlies try to regain their regular-season form on the glass. Memphis led the NBA in offensive rebounding, total rebounds and second-chance points during the regular season but has been outrebounded by the Warriors in each of the first two games. Adams had an NBA-leading 4.6 offensive rebounds per game this season.