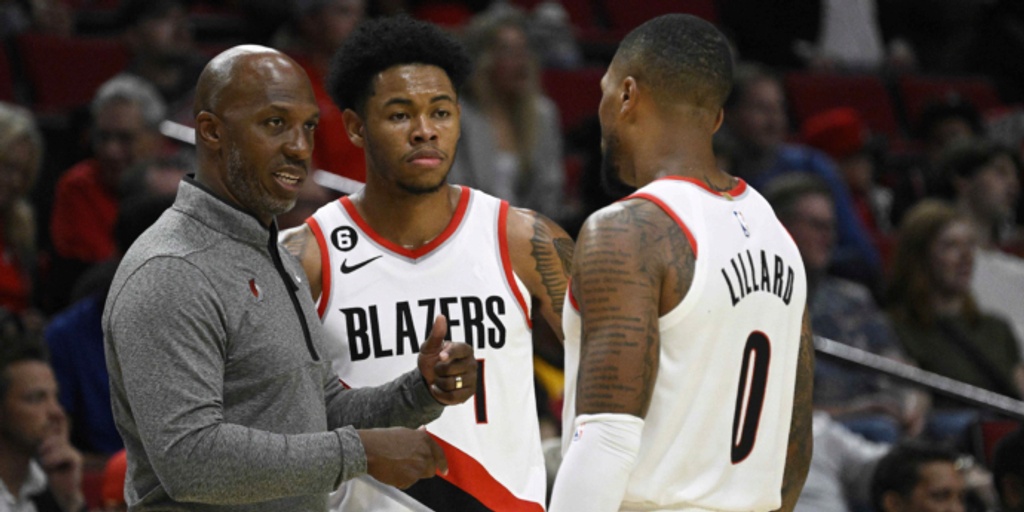 Now that their rebuild is complete, the Portland Trail Blazers are looking to build chemistry.

The Blazers blew up their roster last season, trading away guard CJ McCollum and a host of others. They brought in new talent, building around six-time All-Star Damian Lillard and new backcourt partner Anfernee Simons.

But will it be enough to push the Blazers deep into playoffs, or perhaps to a second NBA title? That's the question.

Even Lillard doesn't know what will happen — but he likes the fresh start.

“I think that’s the biggest difference is how fresh it is. It gives you something to be excited about because you just don’t know, you know what I’m saying? You don’t know what to really expect. And that’s been fun for me,” Lillard said. “It’s getting to know the younger guys, some of our newer guys, and building those relationships. It’s not it’s not the same old thing. It’s something new and it just feels fresh, you know? It just feels good.”

The Blazers went 27-55 last season, their worst finish since 2005-06 when they won 21 games. Over the course of the season, the Blazers used 34 different starting lineups.

Lillard played in 29 games, the result of a nagging abdominal injury that required surgery in January. Simons took over and performed well — averaging 23.4 points and 5.8 assists as a starter — but he too was shut down for the final 17 games as the Blazers focused on their makeover.

Coach Chauncey Billups, embarking on his second year, said the key for the Blazers is connection. To spur that bonding, the team opened the preseason in Santa Barbara, California.

“The most connected teams are very successful. That’s our goal for our team and that’s the kind of team that I want to build,” Billups said. “I want to be the type of team that nobody really wants to play against.”

Portland was active in the offseason, acquiring Jerami Grant from Detroit and picking up free agent Gary Payton II, who won an NBA title last season with the Golden State Warriors.

Grant averaged 19.2 points in 47 games last season with the Pistons. He played with Lillard on the gold medal-winning U.S. team at last year’s Tokyo Olympics.

Payton averaged 7.1 points and 3.5 rebounds in a key reserve role for the Warriors.

The Blazers also selected Shaedon Sharpe with the seventh overall pick in the draft. The 6-foot-6 wing from Canada was a five-star recruit who committed to Kentucky but never played for the Wildcats.

With Lillard, Simons, Grant and center Jusuf Nurkic all likely to start, Billups said the one undecided starting position to open training camp was at small forward.

Nassir Little, Josh Hart and Justise Winslow have competed for that spot throughout the preseason. Little injured his shoulder last season and then underwent core surgery in May.

Hart came to the Blazers last season in the trade that sent McCollum to the New Orleans Pelicans. Winslow was acquired in a trade with the Clippers.

Hart appeared to be the front-runner as the regular season drew closer.

IN THE LONG RUN

Lillard and Simons both signed offseason extensions with the Blazers, so their on-court relationship will certainly have a chance to grow.

Lillard agreed to a $122 million extension that will keep him in Portland through the 2026-27 season. Simons signed a four-year extension this summer worth a reported $100 million.

ARE WE DONE YET?

General manager Joe Cronin said at the start of the preseason that while he's always looking to improve, he's excited about the current roster. The implication was that Portland was going to stand pat, for now.

“We’re very confident that we’re going to be a very entertaining and watchable product and a very competitive group that we’re hoping makes a lot of noise not just this year, but for many years to come,” Cronin said. “We understand that we’re constantly, continually trying to get better, but the foundation that we have right now, we’re really encouraged by and really excited to see them get out there and play.”