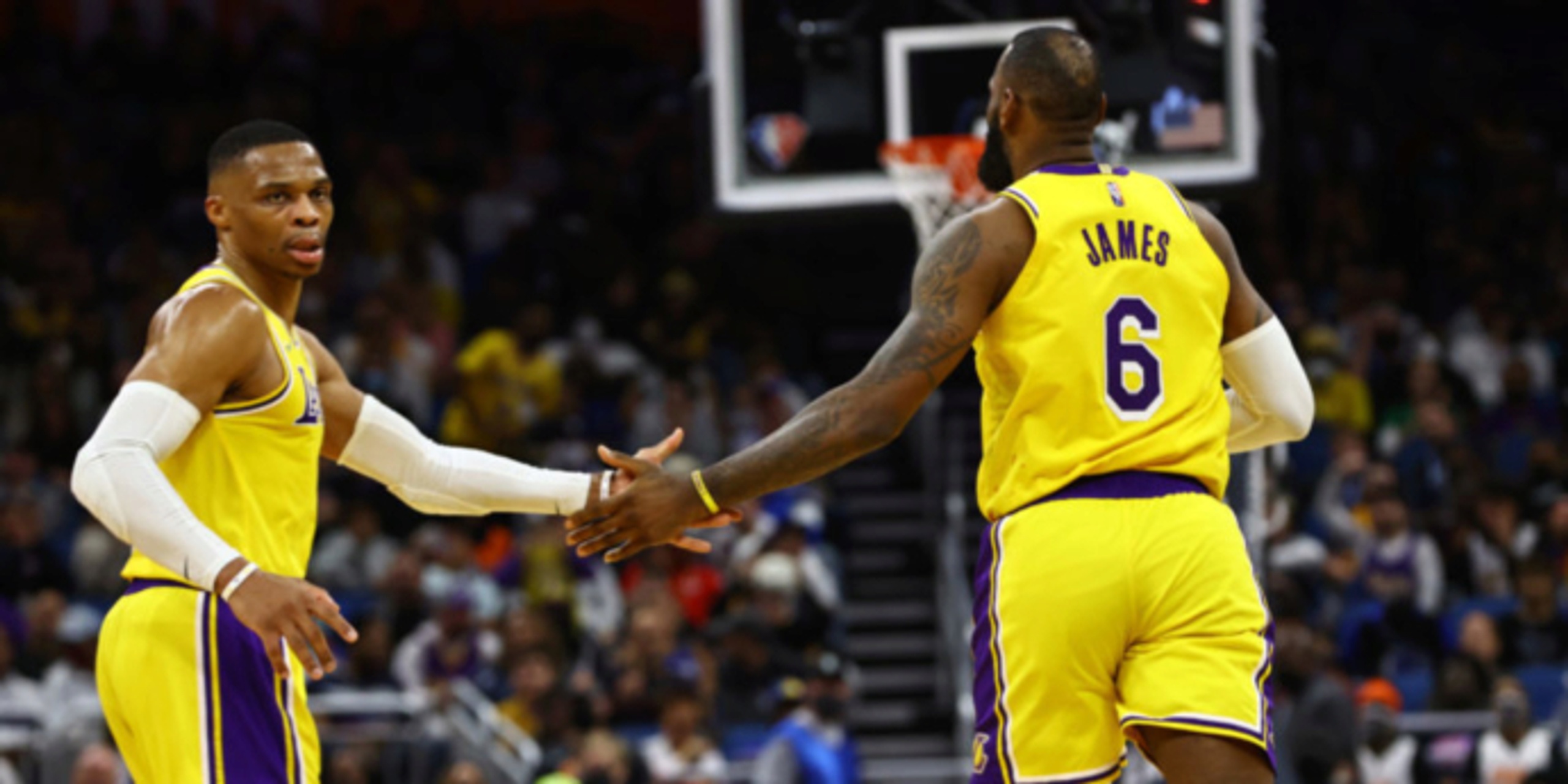 The Los Angeles Lakers just can’t get it together, and now they’re nearly out of time.

From Anthony Davis’ injuries and Russell Westbrook’s subpar play to LeBron James’ inability to carry them all, practically nothing has gone well this season for the franchise that momentously assembled a veteran-laden roster last fall to chase another ring.

After their 117-110 loss to the Spurs on Monday night, the Lakers are 28-36 and in ninth place in the Western Conference, just three games out of 11th. A group expected to contend for a title is much closer to missing the 10-team playoffs.

They haven't given up hope in Hollywood: James and coach Frank Vogel both insist there's still time for Davis to get healthy, for Westbrook to find his game and for the Lakers' supporting cast to recapture its collective prime.

“We still have games to play,” James said last week after the Lakers blew a late lead and lost to Dallas at home. “Until you stomp me out, cut my head off, bury me 12 feet under, then I got a chance. So that’s my confidence.”

But every dispiriting loss and injury setback underscores the likelihood that the Lakers’ dreams of an 18th title are profoundly unrealistic. A roster with four members of the NBA's 75th Anniversary Team has gone 7-17 since Jan. 7.

Nobody knows exactly where to assign the blame for this mélange of mediocrity — not even the Lakers' front office, which hasn't yet scapegoated Vogel for the struggles by firing him.

But past Lakers greats are embarrassed by the current state of the franchise with glory days worthy of an HBO series. “Winning Time," the dramatization of LA's vibrant championship teams of the 1980s, began airing last weekend.

James Worthy, a star on those Showtime Lakers, recently referred to the current team as “the walking dead” on its own television network. Shaquille O’Neal castigated the Lakers last week for their lack of visible passion during another defeat — and boasted he wouldn't have accepted the current situation.

“I’m losing to the Clippers, somebody is getting beat up that night in the locker room,” Shaq said.

The past two games encapsulate the frustration and inconsistency that have defined LA's season. James carried the Lakers to a 124-116 victory over powerhouse Golden State last Saturday with a massive 56-point performance, tied for the third-biggest in his 19-year NBA career — but then he sat out the loss at 12th-place San Antonio with knee soreness.

The Lakers lost to the Spurs without their two most important players on the court, and they did it on the two-month anniversary of the last time they won consecutive games.

“I feel like every time we get some momentum, something happens,” Westbrook said, shaking his head. “It’s been like that. When we play a good game, something always happens (shortly afterward). But that’s just how it’s been for us. We’ve got to keep plugging away, keep finding ways to pick each other up, because some of that stuff is out of our hands, and health is the most important thing for all of us.”

Westbrook is correct: Of all the Lakers’ risky personnel decisions over the past 16 months, relying on Davis to stay healthy has been the biggest bust.

The star forward’s gangly body and awkward movement have never allowed him to be durable, but Davis has been sidelined by several woes for much of the past two seasons, undercutting everything the Lakers want to do.

While Davis has missed 27 of the Lakers' 64 games, James has also been less reliable than usual, missing 18 games. They appeared in only 27 games together last season, and they've played just 20 games alongside Westbrook this year — only five since Dec. 17.

The Lakers have used 32 starting lineups already, both because of their stars' injuries and their unimpressive supporting cast. They're currently starting Austin Reaves, an undrafted rookie who wasn't expected to play much at all.

“It changes a lot of things when you've got some of your main guys out," said Westbrook, whose first year with his hometown team has been largely a nightmare. "We've got to stick to it, and hopefully guys can step up and make that change.”

The 2017 NBA MVP is shooting poorly and struggling to fit alongside James. Westbrook's 18.1 points per game are his fewest since 2009-10, as are his 15.9 shots per game, but that attempt to play team ball isn't translating into wins.

Just as Pau Gasol was the target of Lakers fans' frustration during their most recent season with this level of unrealized expectations in 2013, Westbrook is the prime scapegoat at their downtown arena. He has even stopped bringing his family to home games because of the booing and profanity directed at him.

The only thing that suggests the Lakers still might make something of this miserable season is the name at the top of the roster. Although he'll apparently have to manage his knee soreness down the stretch, the 37-year-old James has missed the playoffs just once since 2005, and he's still near the peak of his formidable talents when healthy.

“Even though they’ve struggled, they’ll be able to figure it out," Clippers coach Tyronn Lue said. “I have no doubt about that. I’ve seen Bron in tough situations before. I’ve always seen him come out on top.

"I know a lot of people count the Lakers out, but they’re still a good team,” Lue added. “Guys have been in and out all year, and it’s tough. But when they get to the playoffs or the play-in game or whatever, I guarantee that (No. 1 seed) won't want to see them. They're not out of it.”