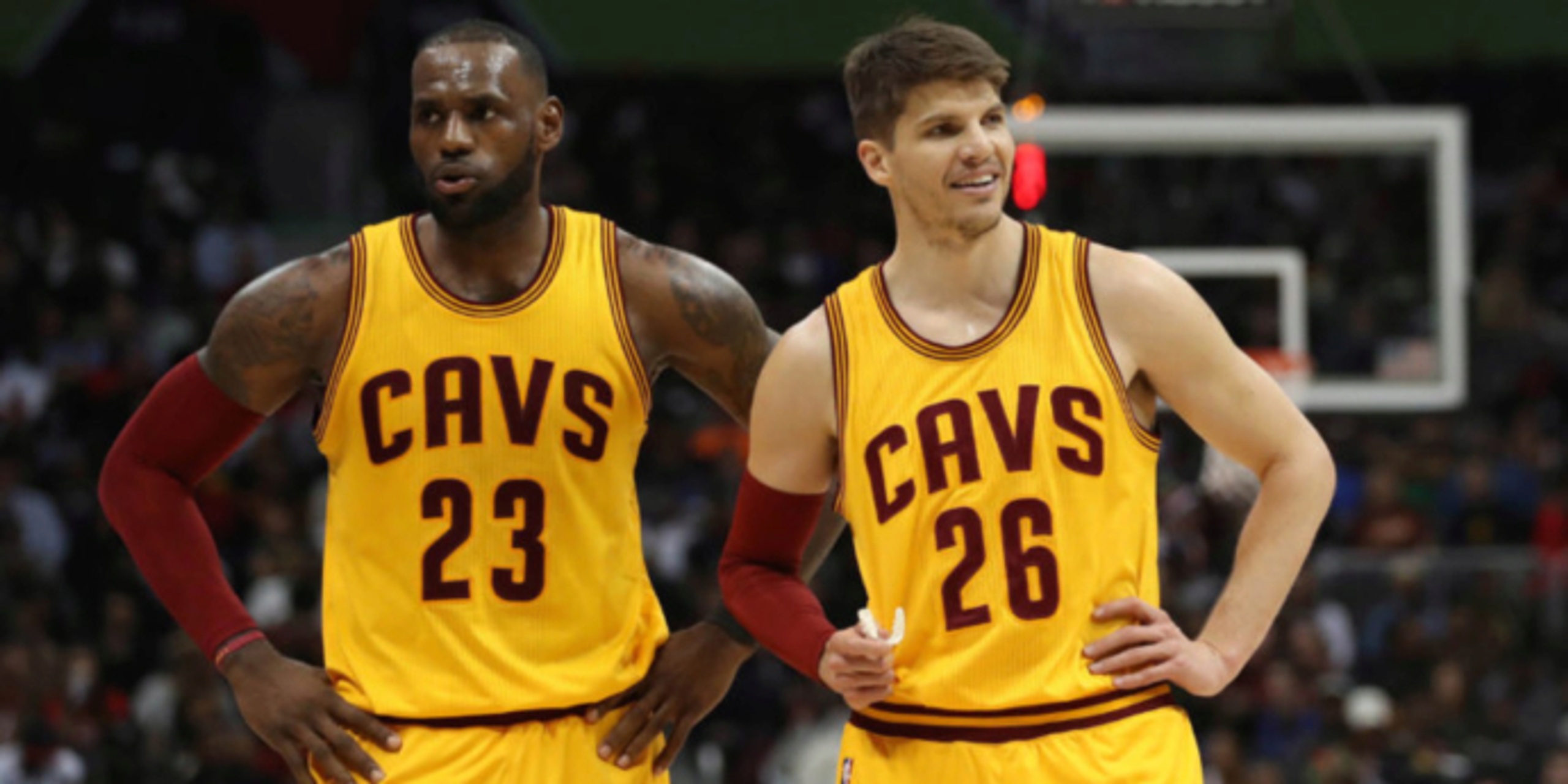 Kyle Korver details the greatest attribute that LeBron has

Kyle Korver had a long and successful NBA career, playing with several legendary players. LeBron James was one of them during his short stint with the Cleveland Cavaliers. During that time, Korver saw up close and personal what makes LeBron so great and different from any other player he ever encountered.

Kyle Korver played for several great NBA teams competing for a championship, and shared a locker room with multiple NBA legends throughout his career. He had a lot of respect for Allen Iverson, who played an instrumental role in motivating him and encouraging him to become a better player. Still, he admits he never saw anybody like LeBron in terms of being consistently ready and in top physical shape to perform at a high level every single game.

"His greatest attribute is his ability to do it again tomorrow," Korver told JJ Redick on The Old Man and The Three podcast. "His ability to recover in mind, body, and spirit on a day-to-day basis is out of this world, it’s unbelievable."

When LeBron was still in Cleveland, management decided to bring in Korver to spread the floor and give The King more room to maneuver. That gave Korver an opportunity to see firsthand what type of mindset LeBron has in getting ready for every game and always being one step ahead of the competition. Dealing with criticism is another thing LeBron does so well, and he rarely cares too much about it because he sees the bigger picture.

"I remember one game we were playing Utah — I think it was one or two overtimes — and the next morning, he was in the training room busting out for 30 minutes on the VersaClimber, saying I have to get ready for the playoffs," Korver said. "His level of dedication to his body and his craft... I think people see how big and strong he is, and Michael Jordan had to take a break in the middle after winning the first three. It’s a lot not just to put in the time but to take the scrutiny that he does, and he deflects it so easily."

LeBron’s dedication is on another level

Being as consistent and successful throughout almost two decades doesn’t happen by accident, and LeBron has been so great for so long because he puts in the necessary work. Even after accomplishing everything he has, he finds motivation to outwork everyone, and Korver believes that is his most outstanding achievement. Consistency is the key, and LeBron knows it better than anyone since that is the main recipe for success.

"When you are with him, and you see his dedication to the craft and see what he puts in it every single day, he is literally the first person there and the last person to leave every single day," Korver said. "To me, that is his greatest achievement, just showing his ability to keep going, to stay focused mentally to do the work he has to do to be who he is."

LeBron is in his 19th NBA season and looking to add another championship under his resume, which would solidify his name as perhaps the greatest basketball player in the history of the game. The Los Angeles Lakers have a great team to help him achieve that goal; however, it will take them some time to find their identity, and LeBron’s leadership and experience will be essential in making those things come to fruition.

There is no question when it’s all said and done that LeBron will be viewed as one of the greatest, if not the greatest basketball player that ever lived. Whether you like him or not, you have to admire his consistency and dedication to the craft.