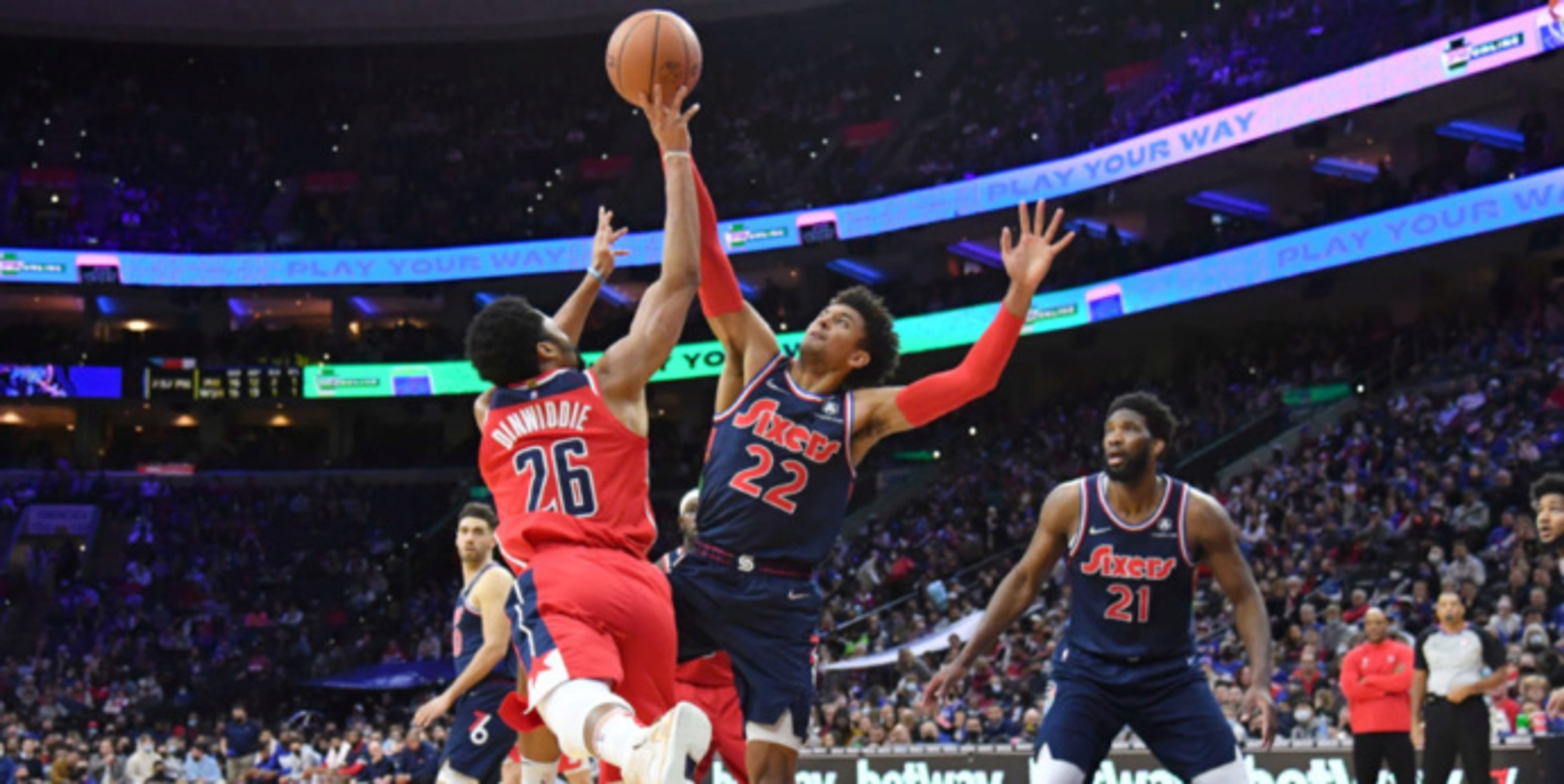 PHILADELPHIA (AP) — Spencer Dinwiddie scored the go-ahead bucket with 90 seconds left in the game and had a triple-double to lead the Washington Wizards to a 106-103 win over the Philadelphia 76ers on Wednesday night.

Montrezl Harrell hit a 16-footer for 102-98 lead and blew kisses to the Philly crowd headed into a timeout. The Wizards won with Bradley Beal sidelined at least a week with an injured left wrist.

Joel Embiid had 27 points and 14 rebounds for the Sixers but missed a couple of gimmes late that could have changed the game.

Danny Green hit a 3 for the Sixers with 1.6 seconds left that pulled them to 104-103. The Wizards sealed it from the line.

Kuzma played like Washington’s version of Embiid for the night and hit four 3s on 10 of 19 shooting overall. He left a 30-footer fly to close the third, and when it brushed through the net, the Wizards grabbed an 81-79 lead.

Embiid was named the Eastern Conference player of the month for a January where he averaged 34 points, 10.8 rebounds and took the Sixers to the brink of first place. Embiid, though, was flat in the first quarter, and missed 4 of 5 shots at the same time Washington made 10 of 17. The Sixers snapped a five-game winning streak.

Nothing, though, could rattle the Wizards.

Sixers assistant coach Dave Joerger returned on a full-time basis after missing most of the last two months undergoing cancer treatment. Joerger’s treatments concluded in mid-December, and he will continue his recovery while with the team.

“Words can’t describe how grateful I am to be back around this basketball team,” he said. “Thank you all, from the bottom of my heart. For now, I’m energized by the trajectory of this 76ers team and am looking forward to helping our group reach the ultimate goal of an NBA championship.”

Joerger thanked his family and the organization for their support in his recovery.

“He’s gone through a lot, far more than anyone knows,” Rivers said. “The fact he’s coaching this year is a miracle. I’d say four weeks ago, there was no way he was going to coach this year. The fact he’s doing it is just really good.”