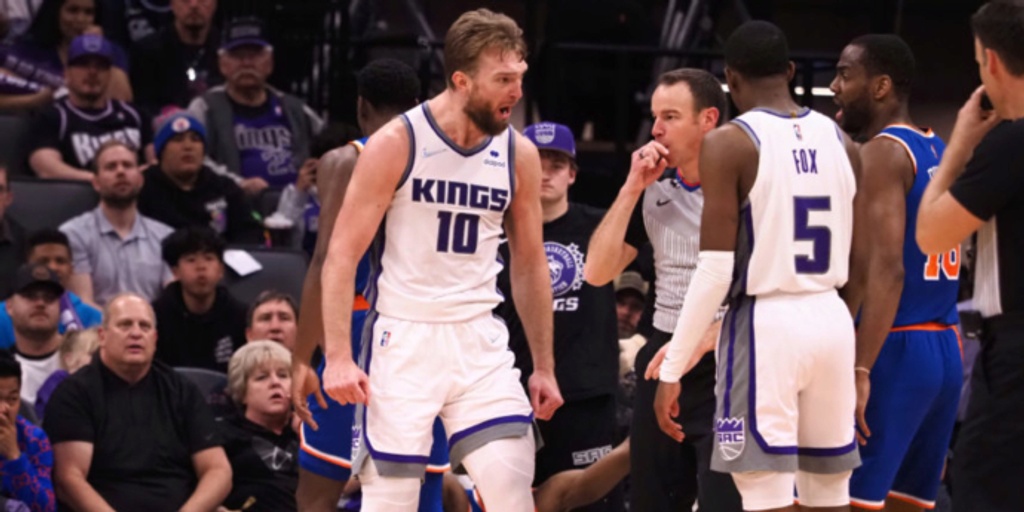 The NBA suspended Sacramento Kings center Domantas Sabonis one game without pay on Wednesday for aggressively confronting and making contact with an official who called him for a technical foul.

Sabonis was ejected in the fourth quarter of Monday night's game against the New York Knicks after receiving double technicals.

The first was for unsportsmanlike reaction to a called foul. He then “approached and bumped the official in a hostile manner,” the league said, which led to the second technical and his ejection.

The Kings said in a statement that they disagreed with the suspension.

“He is a consummate professional and the ultimate competitor,” the team said. "We stand behind Domas, and he has our full support.”

“It was just a frustrating game,” Sabonis said afterward. “We keep getting these leads playing the right way and we just can’t come out in the second half and sustain it.”

Sabonis will serve his suspension Wednesday night when the Kings play host to the Denver Nuggets. He is averaging 17.4 points, 12.8 rebounds and 5.9 assists in 11 games for Sacramento since being acquired from the Indiana Pacers before the trade deadline.