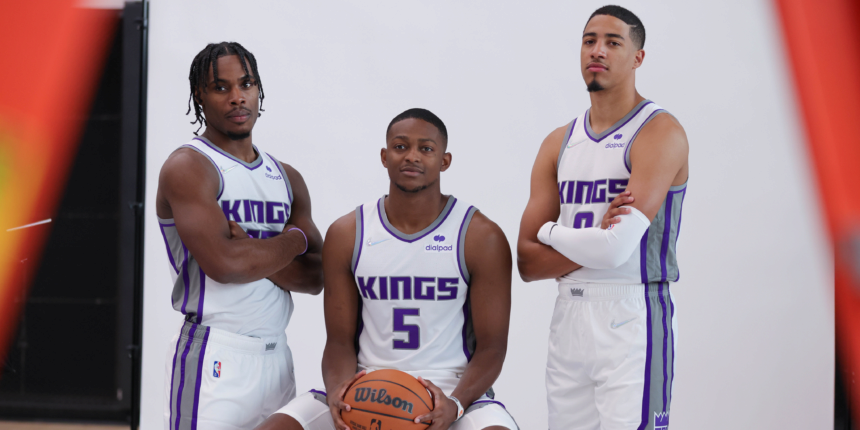 Whatever small signs of progress the Sacramento Kings may have shown in stretches the past two seasons under coach Luke Walton, the end result has been the same as it's ever been.

For 15 straight seasons, the Kings have missed out on the postseason, tied for the longest playoff drought in NBA history.

While the Kings enter their third year under Walton with some intriguing pieces, led by lightning-quick point guard De'Aaron Fox and poised second-year guard Tyrese Haliburton, they know the questions won't stop until the drought does.

“Obviously, you don’t want to be part of that and be attached to that, but at the end of the day we just have to worry about what we can do,” said Fox, who is entering his fifth season in Sacramento. “When you’re out there, for me, I can’t worry about the five years I’ve been here or the 10-plus years before that. You just have to go out there and play."

The Kings went 31-41 last season and finished tied for 11th in the Western Conference, two games out of the play-in tournament. That matched the record of futility set by the Clippers franchise, which missed the playoffs 15 straight seasons from 1977-91 while playing in Buffalo, San Diego and Los Angeles.

This drought has been endured by only one fan base, in Sacramento, and as much as the Kings players want to get to the postseason for themselves, delivering that for the fans is also important.

“Obviously, we want to allow our fans to make the playoffs,” Haliburton said. “We want to bring the Kings back to the playoffs. That’s obviously the biggest goal. I don’t think anybody wants that more than us."

The Kings have played well in stretches the past two seasons under Walton but have been done in by a handful of long losing streaks.

They lost nine straight games twice last season, putting themselves in a deep hole early and then ending their playoff hopes late in the season.

“If you cut both of those in half, we’re a totally different team,” Fox said. “We’re in a totally different spot. Everybody’s happy. People are talking about us making the play-in, possibly make the playoffs, so that’s a large chunk of the season. We just have to continue to do what we’re doing and not let those three-game losing streaks turn into nine or 10.”

The strength of the Kings is in the backcourt, especially after drafting Davion Mitchell ninth overall to join Fox, Haliburton and Buddy Hield. Because of that there has been talk of playing three guards at a time more often this season. That's something the guards welcome but they know that it can't happen unless they can hold up on defense and rebounding.

“If we can’t, then obviously the three of us won’t be able to play together and coach is going to have to figure something else out," Fox said. "But we all want to play together.”

One of the biggest issues for the Kings last season was on the defensive side. Sacramento's opponents shot a league-high 48.4% from the field, including 54.9% from inside the 3-point arc. The Kings allowed the third-most points in the league at 117.4 per game.

Throughout the offseason there was uncertainty about the status of Hield and forward Marvin Bagley III. Both players were linked in several trade rumors throughout the summer but are back for another season in Sacramento.

If the Kings want to get off to a fast start, they will have to have success on the road. They open the season with nine of their first 15 games away from home. Sacramento then ends the season with seven of nine games on the road, which could be a big factor if the Kings are trying to make a late playoff push.