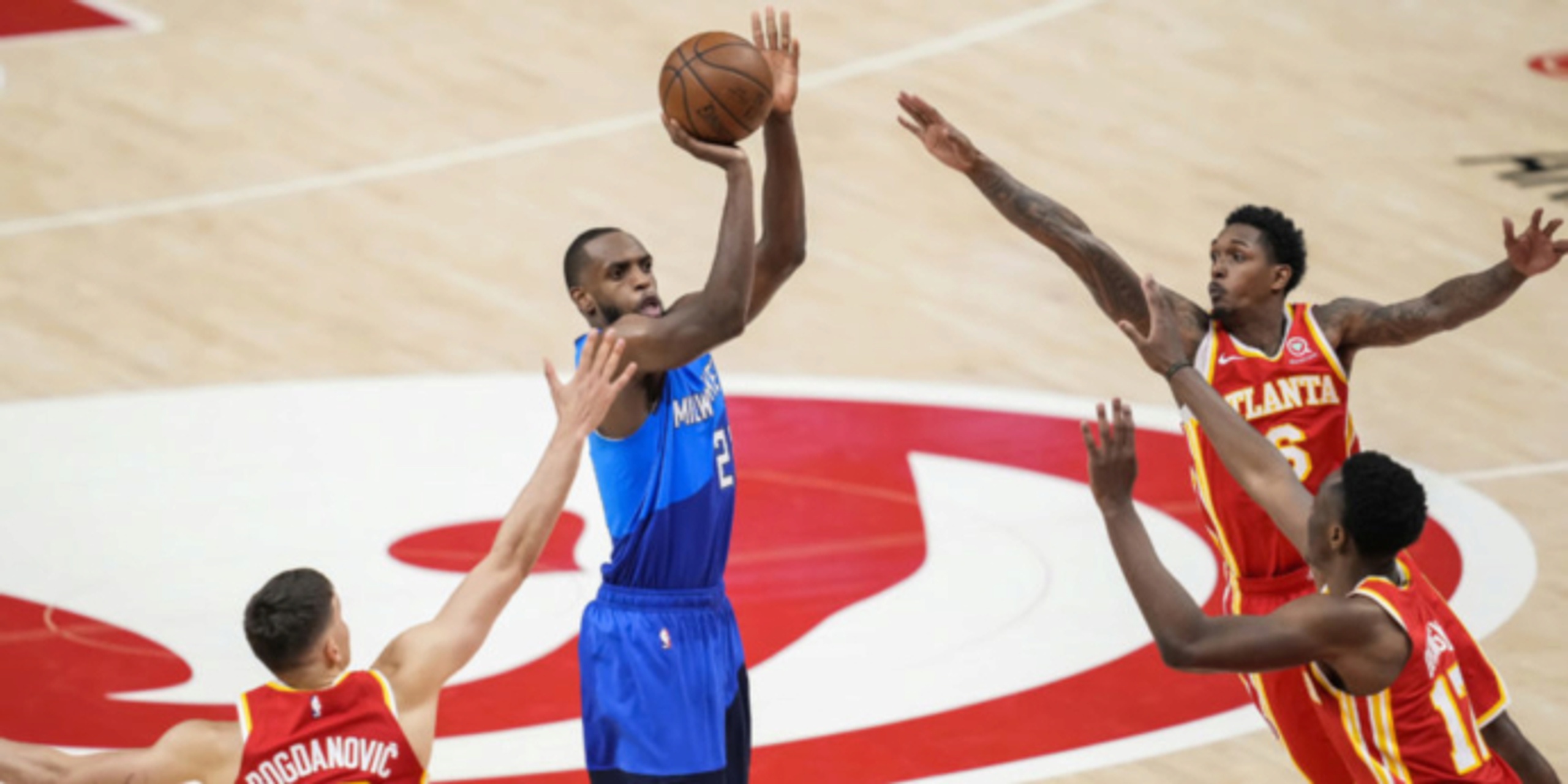 Khris Middleton scored 20 of his playoff career high-tying 38 points in the fourth quarter, leading the Milwaukee Bucks to a 113-102 victory over the Atlanta Hawks on Sunday night for a 2-1 lead in the Eastern Conference finals.

Khris Middleton was FANTASTIC, tying his #NBAPlayoffs career-high in the @Bucks Game 3 win 🔥

Trae Young scored 35 points for Atlanta but was slowed in the final period after injuring his right ankle after stepping on an official’s foot late in the third.

Middleton then scored 10 points in a 13-3 run in the fourth that gave Milwaukee the lead.

Giannis Antetokounmpo had 33 points for the Bucks, who trailed most of the game before surging in the fourth quarter. Atlanta led 95-88 before Middleton made his first of three 3-pointers during the 13-3 run for a 103-98 lead.

After never leading in a 125-91 Game 2 loss, the Hawks were eager for a better start in their first home game of the series. Turnovers by Middleton and Antetokounmpo led to dunks by Clint Capela, and Kevin Huerter added a 3-pointer for a 7-0 lead.

The Hawks stretched the advantage to 13 points. Antetokounmpo was held to five first-quarter points but regained his scoring form in the second period. He had 11 points in the period as the Bucks finally pulled even at 56-all on a 3-pointer by Pat Connaughton with 12 seconds remaining in the half.

The Bucks took their first lead at 82-80 on a basket by Bobby Portis Jr. with 1:47 remaining in the third. A 3-pointer by Danilo Gallinari gave Atlanta an 85-83 lead at the end of the period.

Middleton opened the final period by sinking a 3 that signaled the start of his big period. He went on to outscore the Hawks, who had 17 points, by himself.

Hawks fans followed the recent trend of opposing fans counting Antetokounmpo's time at the free throw line, usually counting past 10 before he launched an attempt.

Fans cheered when he missed each of his first two free throws in the first quarter. He threw an airball from the line in the second period, again earning cheers from the sellout crowd.

Antetokounmpo was only 6 of 13 for the game.

Bucks: Antetokounmpo was on the injury report as probable with left calf tightness but did not appear to be affected by the injury. He had 11 rebounds. ... Portis scored 15 points.

Hawks: Young remained seated on the court for a few seconds after his ankle injury before heading to the locker room. He returned with 8:44 remaining in the game. ... F Cam Reddish was available but did not play after scoring 11 points in Game 2 in his return from an Achilles tendon injury. It was his first action since Feb. 21. Coach Nate McMillan said he was not yet ready to move Reddish into a more prominent role.