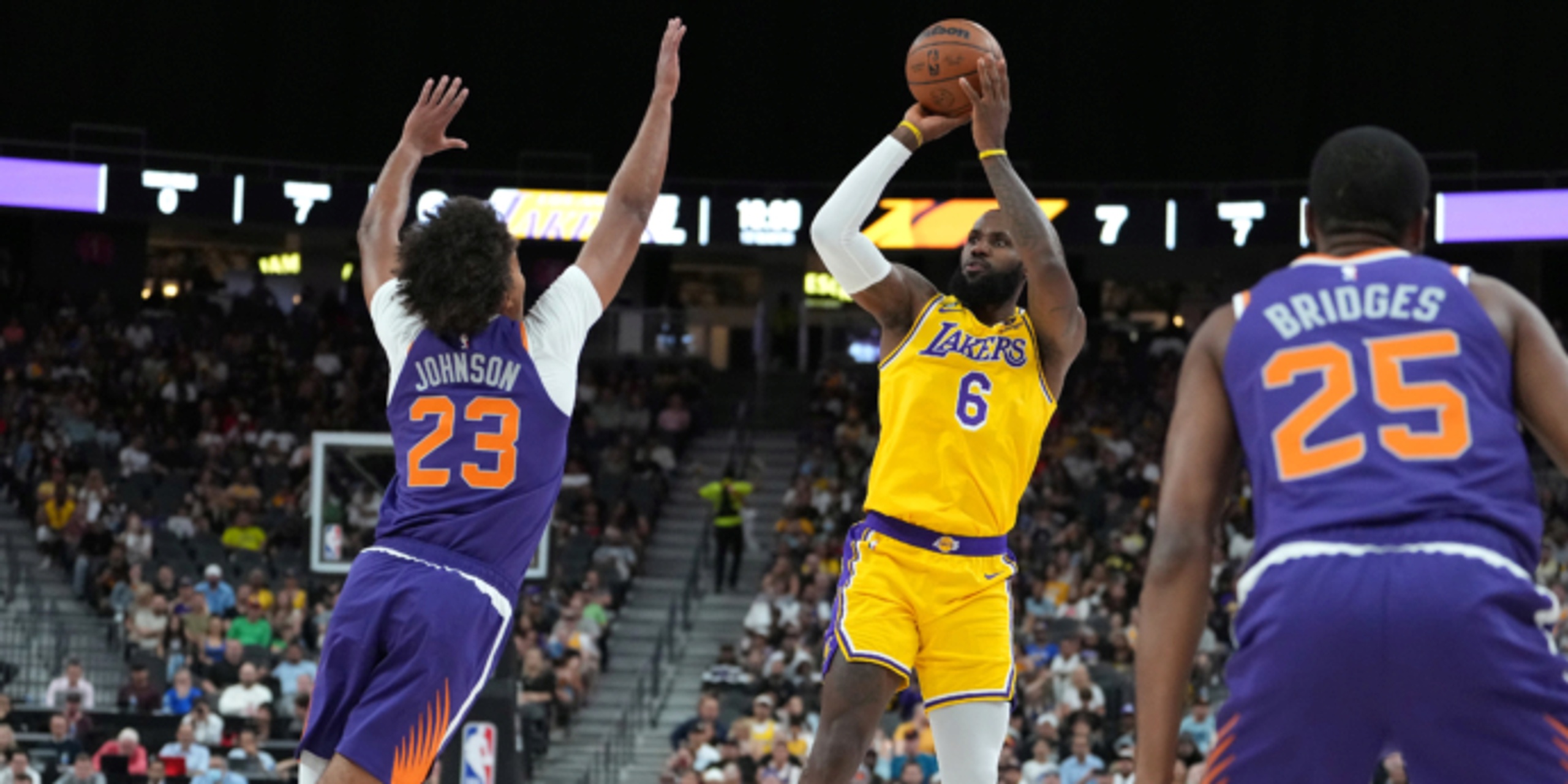 LeBron scores 23 points, but not enough as Suns defeat Lakers

James, who missed all seven of his shots in Los Angeles’ loss to Sacramento on Monday, was much more aggressive with the Lakers playing without Anthony Davis. Starting his 20th NBA season, James was 8 of 11 from the field, including 3 of 6 from 3-point range while playing only the first half.

Devin Booker led the Suns with 22 points on 7-of-20 shooting. Landry Shamet scored 21 points, going 5 of 7 on 3-pointers. Chris Paul finished with 13 points and 10 assists in 26 minutes. Jock Landale had 16 points and eight rebounds for the Suns, who were 14 of 42 from outside the arc.

Dario Saric scored 12 points, going 3 of 4 on free throws in the final 41 seconds.

The Suns, coming off a 134-124 loss to the Adelaide 36ers of the Australian National Basketball League, trailed by as many as 13 in the first half as James flourished. That was enough for a 69-62 Los Angeles lead.

But the Los Angeles bench couldn’t hold the advantage, with the Suns' reserves holding a 28-20 advantage in the fourth.

Cameron Payne and Cam Johnson of the Suns both left the game with hand injuries, Payne with a right finger sprain and Johnson with a right thumb sprain.